Update January 20: A unique commemorative coin for the new leader of the free world 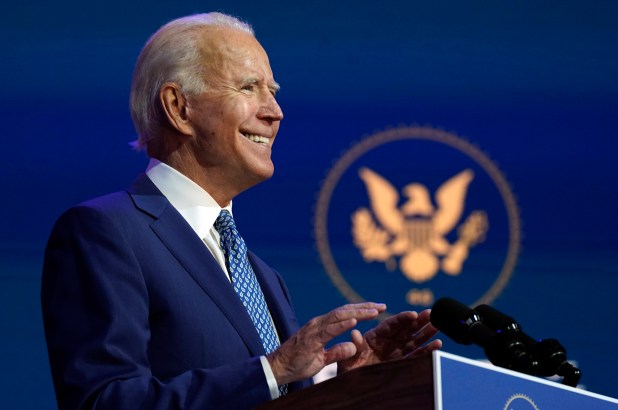 President-elect Joe Biden looks to have the US rejoin the Paris Accords. AP

Joe Biden will rejoin the Paris climate agreement soon after being inaugurated as president of the United States. Climate change, according to Biden, is “an existential threat” to the nation, and to combat it, he proposes to spend $500 billion each year on climate policies — the equivalent of $1,500 per person.

Let’s get real. Climate is a man-made problem. But Biden’s climate alarmism is almost entirely wrong. Asking people to spend $1,500 every year is unsustainable when surveys show a majority is unwilling to spend even $24 per year on climate. And policies like Paris will fix little at a high cost. Biden is right to highlight the problem, but he needs a smarter way forward.

The climate alarm is poorly founded.

Take hurricanes. Last year, you undoubtedly heard that climate change made hurricanes “record-setting.” Actually, 2020 was above average in the North Atlantic partly because of the natural La Niña phenomenon, and only record-setting in that satellites could spot more storms.

When measured by total hurricane-damage potential, the 2020 North Atlantic was not even in the top 10. And almost everywhere else on the planet, hurricanes were far below average. Globally, 2020 ranked as one of the weakest hurricane years in the 40-year satellite record.

We think 2020 was big on hurricanes because we read carefully curated stories about where and when they hit, but we don’t see stories about the many more places where they don’t hit.

The UN Climate Panel, the gold standard of climate science, tells us that the total impact of climate change in the 2070s will be equivalent to an average income reduction of 0.2 to 2 percent. Which means that humans as a whole will be only a fraction less prosperous in a much richer world than they would be without climate change. 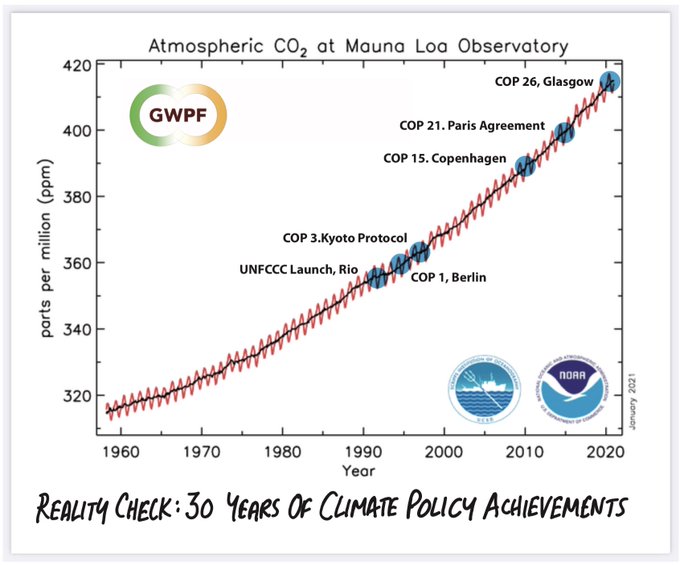 Rejoining the Paris agreement will solve very little at a high cost. By the UN’s estimates, if all ­nations live up to all their promises, they will reduce global temperature by less than 0.09 degrees Fahrenheit by 2100.

And Paris is costly, because it forces economies to use less or more expensive energy. Across many studies, the drag to the economies is estimated at between $1 trillion and $2 trillion in lost GDP every year after 2030.

Yes, green spending will predictably increase green jobs. But because subsidies will be paid by higher taxes on the rest of the economy, an equal number of jobs will disappear elsewhere.

In Britain, Prime Minister Boris Johnson excitedly talks about 5 million new green jobs, while his advisers now warn him that 10 million other jobs could be at risk.

For Americans, President Barack Obama’s Paris promises carried a price tag of nearly $200 billion a year. But Biden has vowed to go much further, with a promise of net-zero by 2050. There is only one nation that has done an independent cost estimate of net-zero, namely New Zealand. The Kiwis found the average best-case cost is 16 percent of GDP, or a US cost of more than $5 trillion a year by mid-century.

These figures are unsustainable. Moreover, the US and other developed countries can achieve very little on their own. Imagine if Organization for Economic Cooperation and Development countries stopped all their emissions today and never bounced back. This would be utterly devastating economically yet would reduce global warming by the end of the century by less than 0.8 degrees.

That’s because three-quarters of this century’s emissions will come from the rest of the world, especially China, India, Africa and Latin America. Developing nations are unlikely to accept slower economic growth to address a 2 percent problem 50 years from now.

There is a smarter way: investing a lot more in green-energy ­research and development. As Bill Gates says, “We’re short about two dozen great innovations” to fix climate. If we could innovate the price of green energy below fossil fuels, everyone would switch, eventually fixing climate change.

The policies would be cheaper and much more likely to be implemented. Fortunately, R&D is one of Biden’s promises, and he will have a much easier time with Congress if he makes it his focus.

Bjorn Lomborg is president of the Copenhagen Consensus Center. His new book is “False Alarm.”