This third rail, used to power trains, would likely result in the death by electrocution of anyone who comes into direct contact with it.

Wikipedia:  The third rail of a nation’s politics is a metaphor for any issue so controversial that it is “charged” and “untouchable” to the extent that any politician or public official who dares to broach the subject will invariably suffer politically. The metaphor comes from the high-voltage third rail in some electric railway systems.

On his first day in office Biden canceled the Keystone energy pipeline, and the backlash is immediate from the unions who supported him and now will suffer a punishing loss of middle-class jobs.

“Insulting”- Labor Unions That Endorsed Biden Now Lashing Out At Him is an article at Gateway Pundit.  Excerpts in italics with my bolds.

Joe Biden has already made labor unions regret their support for him.
He’s only been in office three days.

Several unions that eagerly endorsed President Joe Biden during the 2020 presidential election are now learning the hard way what it means to support Democrat policies.

During his first day in office, the newly-inaugurated president revoked the construction permit for the Keystone XL oil pipeline, thus destroying thousands of jobs.  And not just any jobs — but union jobs.

The Laborer’s International Union Of North America issued this statement:

“The Biden Administration’s decision to cancel the Keystone XL pipeline permit on day one of his presidency is both insulting and disappointing to the thousands of hard-working LIUNA members who will lose good-paying, middle-class family-supporting jobs,”

“By blocking this 100-percent union project, and pandering to environmental extremists, a thousand union jobs will immediately vanish and 10,000 additional jobs will be foregone.”

This comes after LIUNA bragged about pushing Biden “over the top” in 2020.

“North America’s Building Trades Unions are deeply disappointed in the decision to cancel the Keystone XL permit on the President’s first official day in office. Environmental ideologues have now prevailed, and over a thousand union men and women have been terminated from employment on the project.

On a historic day that is filled with hope and optimism for so many Americans and people around the world, tens of thousands of workers are left to wonder what the future holds for them. In the midst of a pandemic that has claimed 400 thousand American lives and has wreaked havoc on the economic security and standard of living of tens of millions more, we must all stand in their shoes and acknowledge the uncertainty and anxiety this government action has caused.”

“In revoking this permit, the Biden Administration has chosen to listen to the voices of fringe activists instead of union members and the American consumer on Day 1.”

Unions that backed Biden are finding out Biden works for radical Democrats, not labor unions. 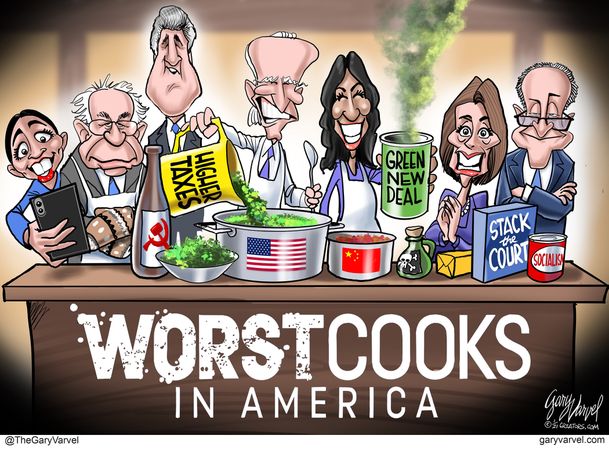