I was recently reminded (H/T pHil R) about Michael Crichton’s insight into our vulnerability to media bias.  He called it the Gell-Mann Amnesia Effect, named after his friend, physicist Gell-Mann. 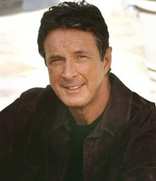 “Briefly stated, the Gell-Mann Amnesia effect is as follows. You open the newspaper to an article on some subject you know well. In Murray’s case, physics. In mine, show business. You read the article and see the journalist has absolutely no understanding of either the facts or the issues. Often, the article is so wrong it actually presents the story backward—reversing cause and effect. I call these the “wet streets cause rain” stories. Paper’s full of them.

In any case, you read with exasperation or amusement the multiple errors in a story, and then turn the page to national or international affairs, and read as if the rest of the newspaper was somehow more accurate about Palestine than the baloney you just read. You turn the page, and forget what you know.”

Howard Wetsman MD takes it from there in his article A New Corollary to the Gell-Mann Amnesia Effect, suggesting how to approach media reports with critical intelligence. Excerpts in italics with my bolds.

The corollary came to me the other day when I was reading an email string on Addiction Medicine. A couple of fathers of the field had written an article in one of those non-peer reviewed clinical newspapers that each specialty has and shared it with the group. They were showered with praise, so I started reading what they wrote. I was struck that the assumptions they made in their article directly contradicted several of the working assumptions of the group, yet the group expressed nearly universal approval with the conclusions of the article.

So the Hunt Assumption Amnesia Corollary is when experts start reading a paper, note that they disagree with some basic assumptions of the work, but keep reading and accept the conclusions, forgetting they had rejected the assumptions. This effect is rife in Addiction Medicine, and, I suspect, much of academia.

When I first learned to read a scientific paper, I was taught to go through the various sections to understand the limitations of the conclusions I’d read at the end. Did they select the subjects correctly? Did they use the right test for the question? Did they have enough subjects to power the study sufficiently? And many other important questions.

But I’ve come to find in the fullness of time that there are really only two questions I need to know when reading a paper. Were the authors aware that their assumptions are assumptions, and are they questioning them?

I want to pose my own testable hypothesis about how this corollary effect occurs. I think, if I’m right, that we’ll see it in all media.

First, the assumption is stated as fact, but in a muted way so that it slides past the readers assumption filter rather than slamming headlong into it. Then data is piled up to bolster the writer’s thesis by generalizing findings in particular situations to all situations. So, by the end of the piece any disagreement with the assumption is forgotten under the weight of “the evidence.”

A previous post is reprinted below showing how a journalism professor prepares his students to read critically media reports concerning climate change/global warming.

Journalism professor David Blackall provides a professional context for investigative reporting I’ve been doing on this blog, along with other bloggers interested in science and climate change/global warming. His peer reviewed paper is Environmental Reporting in a Post Truth World. The excerpts below show his advice is good not only for journalists but for readers.  h/t GWPF, Pierre Gosselin

The dominance of a ‘grand transnational narrative’ in environmental discourse (Mittal, 2012) over other human impacts, like deforestation, is problematic and is partly due to the complexities and overspecialization of climate modelling. A strategy for learning, therefore, is to instead focus on the news media: it is easily researched and it tends to act ‘as one driving force’, providing citizens with ‘piecemeal information’, making it impossible to arrive at an informed position about science, society and politics (Marisa Dispensa et al., 2003). After locating problematic news narratives, Google Scholar can then be employed to locate recent scientific papers that examine, verify or refute news media discourse.

Unfortunately for public knowledge, such findings don’t appear in the news. Sea levels too have not been obeying the ‘grand transnational narrative’ of catastrophic global warming. Sea levels around Australia 2011–2012 were measured with the most significant drops in sea levels since measurements began. . .The 2015–2016 El-Niño, a natural phenomenon, drove sea levels around Indonesia to low levels such that coral reefs were bleaching. The echo chamber of news repeatedly fails to report such phenomena and yet many studies continue to contradict mainstream news discourse.

I will be arguing that a number of narratives need correction, and while I accept that the views I am about to express are not universally held, I believe that the scientific evidence does support them.

The primary narrative in need of correction is that global warming alone (Lewis, 2016), which induces climate change (climate disruption), is due to the increase in global surface temperatures caused by atmospheric greenhouse gases. Instead, there are many factors arising from human land use (Pielke et al., 2016), which it could be argued are responsible for climate change, and some of these practices can be mitigated through direct public action.

Global warming is calculated by measuring average surface temperatures over time. While it is easy to argue that temperatures are increasing, it cannot be argued, as some models contend, that the increases are uniform throughout the global surface and atmosphere. Climate science is further problematized by its own scientists, in that computer modelling, as one component of this multi-faceted science, is privileged over other disciplines, like geology.

Published in the eminent journal Nature (Ma, et. al., 2017), ‘Theory of chaotic orbital variations confirmed by Cretaceous geological evidence’, provides excellent stimulus material for student news writing. The paper discusses the severe wobbles in planetary orbits, and these affect climate. The wobbles are reflected in geological records and show that the theoretical climate models are not rigorously confirmed by these radioisotopically calibrated and anchored geological data sets. Yet popular discourse presents Earth as harmonious: temperatures, sea levels and orbital patterns all naturally balanced until global warming affects them, a mythical construct. Instead, the reality is natural variability, the interactions of which are yet to be measured or discovered (Berger, 2013).

In such a (media) climate, it is difficult for the assertion to be made that there might be other sources, than a nontoxic greenhouse gas called carbon dioxide (CO2), that could be responsible for ‘climate disruption’. A healthy scientific process would allow such a proposition. Contrary to warming theory, CO2 levels have increased, but global average temperatures remain steady. The global average temperature increased from 1983 to 1998; then, it flat-lined for nearly 20 years. James Hansen’s Hockey Stick graph, with soaring and catastrophic temperatures, simply did not materialize.

As Keenan et al. (2016) found through using global carbon budget estimates, ground, atmospheric and satellite observations, and multiple global vegetation models that there is also now a pause in the growth rate of atmospheric CO2. They attribute this to increases in terrestrial sinks over the last decade, where forests consume the rising atmospheric CO2 and rapidly grow—the net effect being a slowing in the rate of warming from global respiration.

Contrary to public understanding, higher temperatures in cities are due to a phenomenon known as the ‘urban heat effect’ (Taha, 1997; Yuan & Bauer, 2007). Engines, air conditioners, heaters and heat absorbing surfaces like bitumen radiate heat energy in urban areas, but this is not due to the greenhouse effect. Problematic too are data sets like ocean heat temperatures, sea-ice thickness and glaciers: all of which are varied, some have not been measured or there are insignificant measurement time spans for the data to be reliable.

This is clearly a contentious topic. There are many agendas at play, with careers at stake. My view represents one side of the debate: it is one I strongly believe in, and is, I contend, supported by the science around deforestation, on the ground, rather than focusing almost entirely on atmosphere. However, as a journalism educator, I also recognize that my view, along with others, must be open to challenge, both within the scientific community and in the court of public opinion.

As a journalism educator, it is my responsibility to provide my students with the research skills they need to question—and test—the arguments put forward by the key players in any debate. Given the complexity of the climate warming debate, and the contested nature of the science that underpins both sides, this will provide challenges well into the future. It is a challenge our students should relish, particularly in an era when they are constantly being bombarded with ‘fake news’ and so-called ‘alternative facts’.

Examples of my investigative reports are in Data Vs. Models posts listed at Climate Whack-a-Mole