A vote is an indication of preference cast by an eligible, registered voter.  It must be cast in the time, place, and manner prescribed by law.

Thus a ballot cast claiming to be a vote is not in fact one to be counted if any of the conditions are not met.  The image above presents the many ways supposed “votes” failed to be valid votes in Maricopa County, Arizona, in the 2020 federal election.  The total count of ballots cast was 2,089,563 and Biden won by 10,800.  Each of the many circles depict the % of total votes that failed to meet a particular criterion.  If the top row circles are summarized, the total number of invalid votes in that county exceeded 700,000. Jovan Pulitzer explains why he made the chart:

I think people need to visually see all the errors, all the information that shows, hey, Maricopa at its worst literally should be decertified, at its best could easily be redone…

…I just charted out a very simple way to understand how bad is the bad. If they’re just pie charts, if you think here in this election was won on .049047%, right? It’s such a small margin that it could have swung any way…

…There are eight charts across the top, those are just the low hanging fruit that show this election has serious issues because any one of these would demand that it can’t be certified or it needs to be rerun.

Background at previous post What is a Vote Anyway?

Ted Noel writes at Town Hall In the Arizona Audit, Words Matter.  Excerpts in italics with my bolds and added images.

This is one of those times when we wish that people would have used more circumspect language. Both the Arizona auditors and John Solomon committed a cardinal error that has allowed the Left to celebrate victory and ignore the fine print. Both note that Biden got more “votes” than Trump. That conclusion is incorrect, because it ignores the rest of the story.

A vote is an indication of preference cast by an eligible, registered voter.

It must be cast in the time, place, and manner prescribed by law. Anything else is not a vote. In Arizona, it is cast on paper ballots and read by machines. All the “accurate count” showed was that the machines counted the pieces of paper accurately. That’s all machines do. They do not count “ballots.”

The canvass did not answer the primary question, “How many of the pieces of paper were lawful ballots and how many should have been excluded because they were not lawful votes?” All the “accurate count” proves is that there was no outside effort to tweak the numbers by changing them by some direct internet chicanery. But it does not prove that Biden won. Or not. And that is the problem.  I won’t repeat all the details the auditors droned on through, but there are several key findings.

There were dead people, new addresses without re-registration, double votes, envelopes with no signatures, ballots received that were never sent out, and so on. Every one of those “ballots” were unlawful. They should have been rejected to remove them from the canvass. Since the margin between Trump and Biden was around ten thousand, this is far more than enough to cast doubt on the outcome. And then comes the drama.

Maricopa County did everything it could to block the audit. If it was confident that it had done its job correctly, then one would expect that it would cooperate fully. Indeed, with the hand count matching the canvas, it seems that all should be well. But then we find that hundreds of thousands of election files were deleted from Maricopa County’s computer servers the day before the audit began. That smacks of guilty knowledge.

We also know that the servers allowed election data to be seen from the internet. Security was extremely lax, and even though it appears no votes were changed, other issues arise. Legally required signature matching on absentee ballots basically evaporated as the original tally went on.

Was someone watching from outside, then advising local officials on how to let unlawful ballots through to obtain the desired result?

At a bare minimum, the Arizona Presidential election was irretrievably tainted. The taint was large enough to make determination of the actual winner impossible. That’s why I wrote before January 6 that VP Pence should send several slates of electors back to their respective state legislatures for a final determination.

Those states, by repeated violations of their own state laws, did not hold elections. The processes they followed did not allow a tally of lawful votes.

The Arizona legislature should vote to decertify the electors for the 2020 election. This may have no legal effect, but if it leads two or three other states to the same conclusion, we may have a Constitutional crisis, and there are no guideposts for this trail. The Constitution simply did not foresee the compounding of raw power applied to prevent the proper administration of a Presidential election. The Supreme Court may deny cert based on the passage of time beyond the designated Electoral College date. Or it could decide to hear the case and ultimately find that Biden’s election is a nullity ab initio. Or something in between. Who knows?

What we do know is that we simply cannot declare who won the Arizona election with any degree of certainty. Even if that changes nothing else, it should give us a resolve to fix our elections so that they cannot be manipulated outside the law.

Pieces of paper with marks on them are not ballots until it is determined that those marks were made by a lawful voter in the time and manner prescribed by the legislature. Only after that bar is crossed for every ballot is it possible to have an election. Biden did not win the Arizona election because there was no Arizona election. It is impossible to truthfully say that he got more “votes” than Donald Trump. Nobody actually knows. 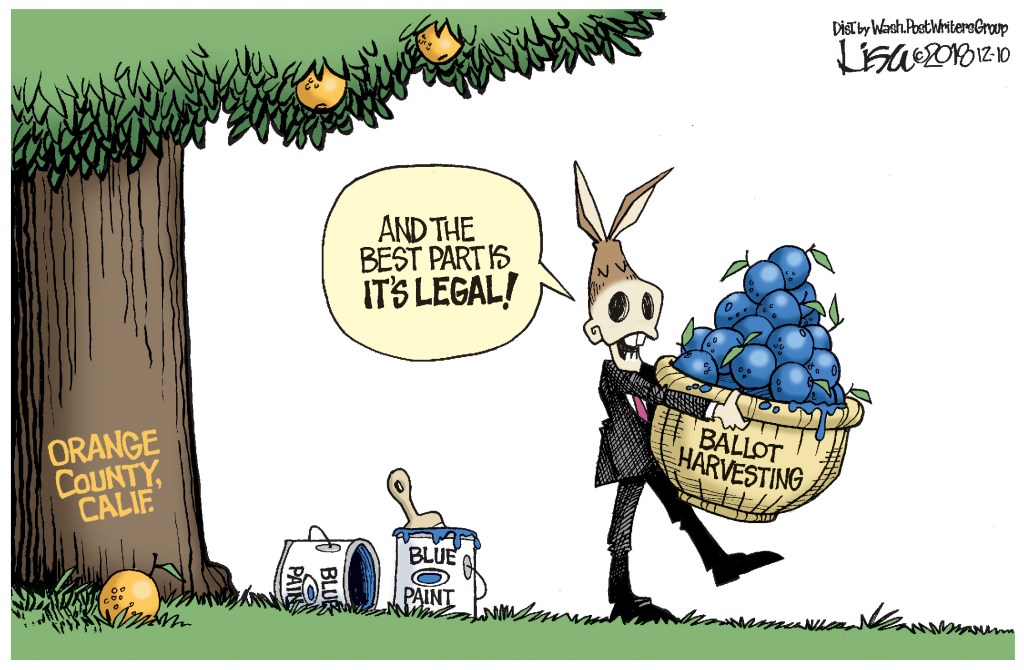