Benjamin Zycher sounds the warning in his Real Clear Energy article Will the Climate Industry Move the Goalposts Again? Excerpts in italics with my bolds and added images.

Global temperature was on course to meet the 2-degree target without any emissions cuts.

The international climate alarmist industry comprises a number of special interests. There are the activists, fundamentally anti-human and deeply disingenuous, demanding that billions of the global poor suffer and die in order that the planet be “saved.” There are the “experts” in pursuit of bigger budgets and “research” grants. There are the editors of the peer-reviewed journals, transforming “science” into a propaganda exercise. There are the bureaucrats massively expanding their budgets and powers, the politicians seeking to transfer ever more wealth, and the journalists desperate to produce clickbait even as they remain invincible in their ignorance.

There are the official “environmental” groups whose business model is the use of political, regulatory, and judicial processes to steal other people’s property. There are the foundation officials writing checks in hot pursuit of invitations to the right cocktail parties. There are the Hollywood airheads addicted to thunderous applause on the red carpets. Don’t forget the corporate gasbags myopic, ignorant, incapable of ideological battle, and so naïve as actually to believe that they can placate the environmental Left. There are the international organizations striving toward utopia through ever-greater coercion. And – of course – there are the innumerable useful idiots engaged in virtue-signaling.

Yes, it is a diverse group indeed, but its members share two habits. The first is a common (but not universal) reluctance to confront the evidence on the nonexistent climate problem emergency crisis catastrophe apocalypse. Many scientists and policy scholars have discussed the fundamental inconsistency between the mainstream climate “existential threat” narrative and the actual evidence on climate phenomena. Even the Intergovernmental Panel on Climate Change, in its 5th (page 12-78) and 6th (page 12-115) assessment reports, is deeply dubious about the various severe effects – the horror stories – often asserted to be looming as impacts of anthropogenic (man-made) warming, particularly over the course of this century, the maximum time horizon that plausibly can be described as foreseeable.

The second is the purported limit on warming asserted to be necessary for global “safety,” a parameter that has been driven almost wholly by the political needs of the climate industry, and virtually not at all by “science.” Put aside the fact that the official “safety” limit shunts aside the distinction between natural and anthropogenic temperature trends; the climate industry simply asserts that all warming is anthropogenic. That is why it has not attempted to explain – for example – the sharp warming that occurred from 1910 to 1945, which could not have been caused by increasing atmospheric concentrations of greenhouse gases (GHG), principally carbon dioxide, which changed only from about 300 ppm to 310 ppm over that period. It is clear that some of the recent warming is anthropogenic, some is natural, and no one knows the respective magnitudes.

Recall from 2009 the official safe limit on warming: 2°C above pre-industrial levels, as decreed by the United Nations Framework Convention on Climate Change at the 15th Conference of the Parties in Copenhagen. That limit was repeated endlessly by all of the usual suspects; and the “pre-industrial” base period has been defined, reasonably, as the 1850–1900 time frame, that is, the decades immediately following the end of the little ice age. Can it surprise anyone that some warming would follow that period?

Unfortunately for the climate alarmists, the satellite temperature data are not cooperating with the “science.”

Accordingly, the actual data have created a massive problem for the climate industry: They suggest strongly that the 2°C “safety” limit will be achieved without any climate change/GHG policies at all. Unless the satellite data can be shown to be wrong – a task essentially impossible – the only option available to rescue the climate industry and its massive funding, perquisites, and powers is a change to the asserted “safety” limit. 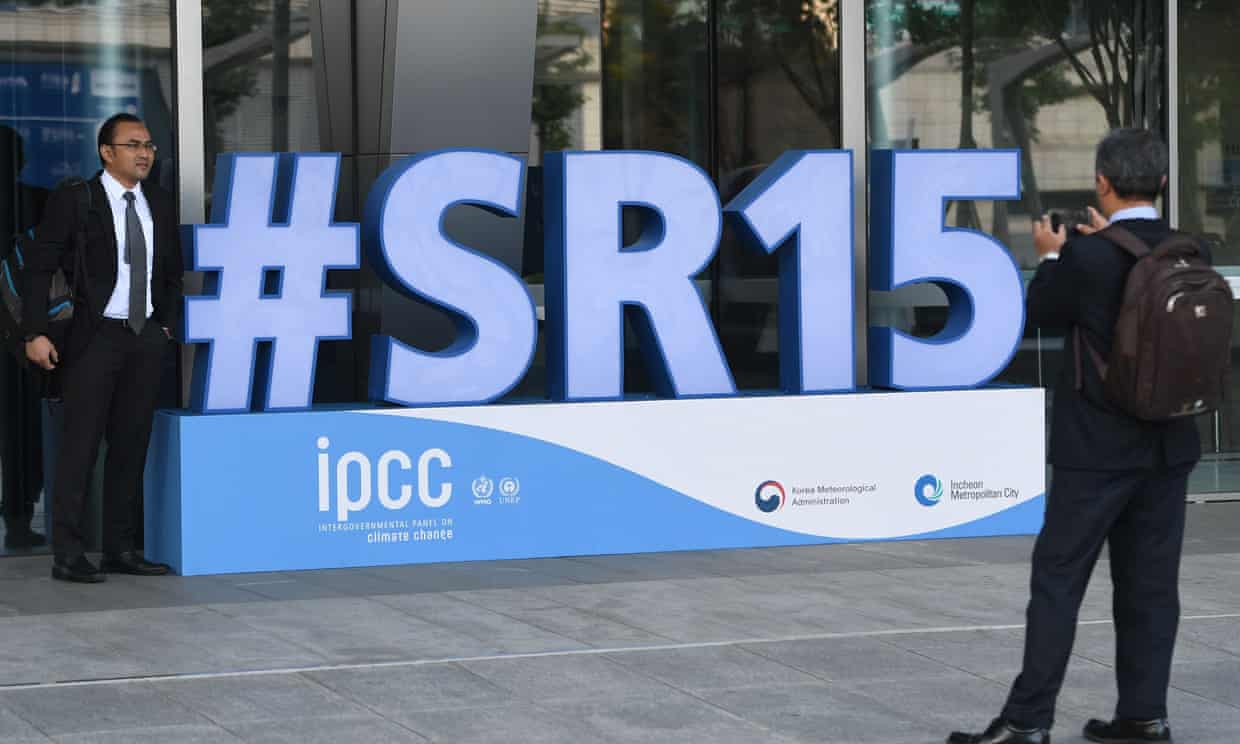 Which is precisely what the climate industry has done. As of 2015, the safety limit now is 1.5°C, as the UNFCCC made clear:

“The universal agreement’s main aim is to keep a global temperature rise this century well below 2 degrees Celsius and to drive efforts to limit temperature increase even further to 1.5 degrees Celsius above pre-industrial levels. The 1.5 degree Celsius limit is a significantly safer defense line against the worst impacts of a changing climate.”

Yes, the IPCC, in a deeply dubious study, has moved the goalposts. The supreme silliness of that report is illustrated by its assertion (page 18) that as of 2018, “pathways that limit global warming to 1.5°C … show clear emission reductions by 2030.” In other words, we – the developed and the less-developed economies – had better get moving on serious reductions in GHG emissions over the next eight years, and this time we mean it. Note that for 1990–2019, annual global GHG emissions (Table B.1) grew by over 58 percent, and almost 13 percent for 2010–2019.

Let us consider now the latest satellite temperature data through December 2021: Since 1979, the average increase (“anomaly”) in the land/ocean temperature trend has been 0.14°C per decade, or about 1.4°C over the course of a century. Accordingly, the latest data remain inconsistent with the average of the climate models, and in particular continue to suggest that over the course of this century even the new, lower “safety” limit on global temperature increases might be achieved if there occurs a substantial cooling period, a phenomenon that is very far from implausible.

And so the climate alarmists cannot rest: They cannot risk an outcome in which even the new “safety” limit might be achieved without (forced) reductions in international GHG emissions. Because they obviously cannot wait until there is a cooling period, it is wholly reasonable to hypothesize that the “safety” limit will be reduced yet again. How this will be justified politically is far from clear – first the 2°C and then the 1.5°C safety limits received enormous publicity – and deep public skepticism about yet another movement of the goalposts would be a certainty. And so the justifications – the horror stories, the imminent arrival of the apocalypse, the mass die-offs purportedly already in process, the need for immediate capitulation to the demands of the climate industry, the denunciations of dissenters, etc. – will increase exponentially in decibel level, shrillness, and utter irrationality.

The admonitions and hysteria already are becoming ever louder. This reality is illustrated by the recent decision by Google to demonetize the most important science website reporting the monthly satellite temperature data – no, I am not kidding – because of “unreliable and harmful claims.” That is the Google characterization of two scientists – John R. Christy and Roy W. Spencer – and a website that has simply reported the satellite temperature record since 1979! In short, Google now is censoring the actual science in an effort to prop up the climate industry.

In its own way this process will be supremely amusing. But what else can the climate industry do to save the planet, and its own interests, and not necessarily in that order? 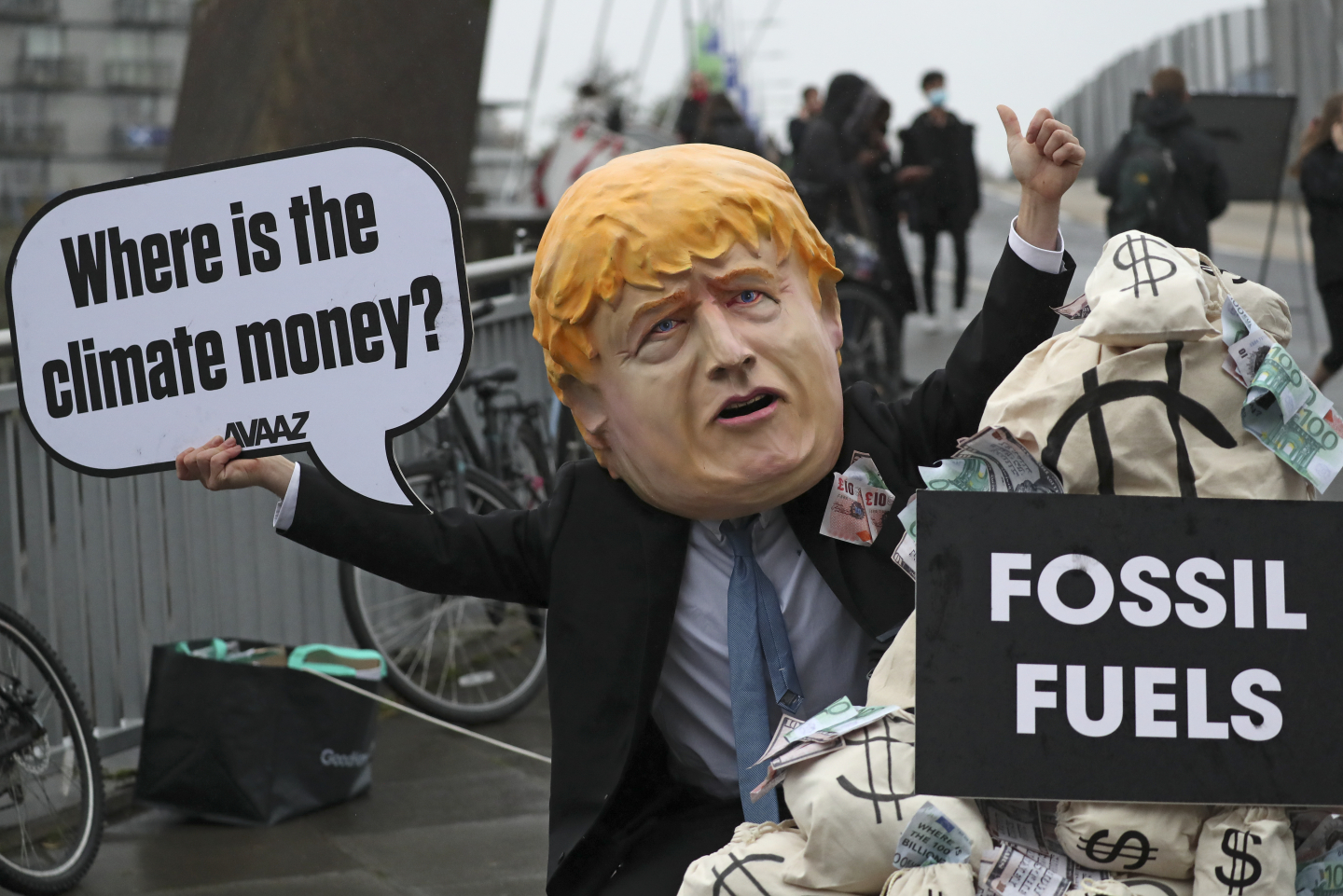 People who take to the streets with signs forecasting doom in 11 or 12 years have fallen victim to IPCC 450 and 430 scenarios. For years activists asserted that warming from pre industrial can be contained to 2C if CO2 concentrations peak at 450 ppm. Last year, the SR1.5 lowered the threshold to 430 ppm, thus the shortened timetable for the end of life as we know it.  Fuller explanation at posts I Want You Not to Panic.  and Greta’s Spurious “Carbon Budget”