Peter Wood explains what’s wrong with the cult of “Sustainability” and its continuing threat to scientific knowledge.  His Spectator article is E.O. Wilson and the climate cult  My run-in with the late sociobiologist. Excerpts with my bolds and added images.

E.O. Wilson, as it happens was one of the founding members of the organization over which I now preside, the National Association of Scholars. He served on its board of advisors starting in 1987 and gave a keynote speech in 1994 at one of NAS’s early national conferences. But I crossed paths with him only once, and it was not a happy occasion. I’ll tell it my own way.

In spring 2008, a faculty member at the University of Delaware alerted me that the university office of residence life has imposed a peculiar dorm-based form of ideological indoctrination on students. It involved all sorts of arm-twisting to get students to vocally support various racial claims, gay marriage and socialist goals. At first the university denied it was doing any such thing, but we had documents as well as witnesses, and the administration eventually climbed down. Those documents, however, looked even more peculiar when we started reading them more carefully. What jumped out was that the whole indoctrination program was presented as a “sustainability” initiative.

Thus began what became a seven-year project by NAS to track down exactly what this meant, culminating in 2015 study we titled Sustainability: Higher Education’s New Fundamentalism. What did and what does “sustainability” mean? The answers aren’t so simple, though one place to begin is with a 1987 United Nations report Our Common Future, better known as the Brundtland Commission report. It defined sustainability as “Development that meets the needs of the present without compromising the ability of future generations to meet their own needs.” That sounds nice, but if you stop to think about it, how are we supposed to know what future generations will need? Could generations past have predicted the need for coal, oil, uranium or rare earths? Plainly we can predict some future needs. People will need breathable air and drinkable water, and we best not use these all up.

But the concept of sustainability, launched in that UN report, still has something fishy about it.  Part of what is fishy is that its proponents were in a hurry to take a concept about “development” and the “environment” and move it quickly into seemingly unrelated areas. “Sustainability,” according to the mandarins at the University of Delaware in 2008, was only one-third about the environment. Another third was about “economic fairness” and the last third was about “social justice.”

In short, sustainability was a master concept that wrapped together a whole new Marxist utopian view of society.

By 2008, that included the idea that planet Earth was in the midst of manmade catastrophic global warming. But don’t lose track of the chronology. The sustainability movement was launched in 1987, a year before NASA scientist James Hansen lit the fire that became global warming hysteria. The two movements, however, quickly found one another and became the great quasi-religious pantheist dogma of our age.

I did my best for a decade to steer clear of “global warming” theory as a topic that would do the NAS no good. Clearly a lot of academics, including NAS members were enthusiastic votaries at that shrine. Apocalyptic thinking had secured a profoundly emotional hold on the modern mind. But the more I read, the more “climate deniers” I encountered and found to be level-headed folks, and the more preposterous became the pronouncements of the Carbon Doom Cult, the more difficult I found it to dodge the topic. A strange pseudo-science whose devotees insisted that they were upholding “true science” against a rabble of fossil fools were in ascendency.

And so I began to steer NAS into the dangerous waters of skepticism, not just towards “sustainability” but towards the whole idea that carbon dioxide, the gas that make up four one-hundredths of one percent of Earth’s atmosphere, was melting the glaciers, thawing the Arctic, whipping up hurricanes, drowning coastlines and turning croplands into deserts. Now we learn that the Arctic was being warmed by the Atlantic long before Exxon and Mobil started business; Greenland’s glaciers are growing; and increases in CO2 are so marginal as to mean nothing.

Not that I expect mere facts to arrest anyone’s enthusiasm for an exciting theory. We have too much invested in dismantling a modern energy-intensive economy to stop now. No matter that wind and solar are technological busts.

One of the early gurus of the ecology movement was Barry Commoner who way back in 1971 laid out his Four Laws of Ecology, including the first law, “Everything is connected to everything else.” It would be hard to find another platitude that has caused so much trouble. For sure, with an infinity of degrees, my shoelaces are somehow connected to the Great Wall of China, but it is not a connection that need detain us. Everything-is-connected is really a postulate of New Age religion and it is an invitation to descend into irrationality. Thus it follows that if we can’t prove a connection between the internal combustion engine and a tornado in Kentucky, we can just assume one. That’s what global warmists call “the precautionary principle.”

Sometime in the summer of 2015 I picked up the phone and called my NAS advisory board member E.O. Wilson to tell him where I was headed on this topic. He was appalled. In his view global warming was real, catastrophic and putting the whole web of life on our fragile planet at risk. After twenty-eight years on the NAS board, he abruptly resigned and so ended my call.

Of course, I knew he had often expressed his deep concern for the extinction of species and the loss of diversity in the plant and animal kingdoms, but I also knew him as someone who had a steely commitment to rigorous scientific inquiry and contempt for science that embroiled itself with political and ideological causes. It was arresting to see how he had settled down into an Al Gore conception of our blue speck in the vast universe.

Whether sociobiology is a signal contribution to human understanding of the living world and will prove sustainable to meet the intellectual needs of “future generations,” I have no clear idea. It is a model that works well with ants, and that’s something. To what degree are we like ants? I’d say not very much, but we do have an enormous capacity to fall in line, which is good myrmicine behavior.

If conformity is our central characteristic, then yes, we are ants. But I think we can do better. 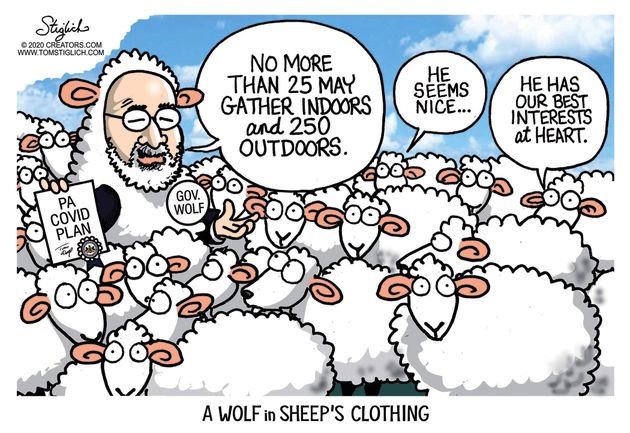 I absolutely hate the word sustainability because there is no such thing. Sustainability cannot be defined. Sustainable for what? Over next year? Over 10 years? Over a millennium? On a local basis, on a planetary basis? I mean, there are so many time and space dimensions to it you cannot define what is sustainable. If somebody is boasting what they are doing is sustainable, it’s a total laugh. There is no sustainable thing.