Ask Joe Biden a question about rising energy costs and he’ll be quick to fix the blame on Russian dictator Vladimir Putin while sidestepping any responsibility for his own policy failures. 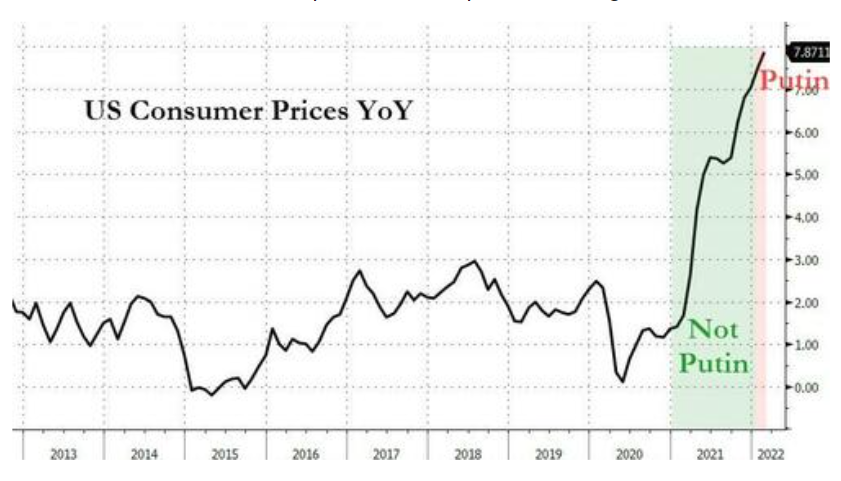 But Putin’s authoritarian regime has only accelerated a process that was already in motion prior to the Russian invasion of Ukraine. After mismanaging the U.S. economy for the past year, Biden’s incessant “C’mon Man” routine is not playing well with the public. A broad cross section of polls shows Biden’s job approval ratings remain underwater.

The soaring inflation and rising gas prices that have been evident to American consumers long before the Russian invasion are at least partly responsible for Biden’s negative numbers. As a career politician who has been in Washington D.C. for more than 50 years, Biden has always stood on the wrong side of history exercising poor judgment at every turn. America would be in a stronger position today to resist Putin’s aggression if the Biden administration has not advanced heavy handed regulatory policies that discourage oil and gas development. The same is true of European leaders who have made themselves overly dependent on Russian energy.

That was one of the central messages Tom Pyle, president of the Institute for Energy Research, delivered during his March 8 testimony before the House Committee on Energy and Commerce.

“Unfortunately, but not surprisingly, in the wake of the 2020 election, President Biden made it clear that he intended to be an energetic advocate against the oil, coal, and natural gas that makes modern life possible,” Pyle said in his testimony. “Oil markets, now faced with an existential threat, responded as one might expect. The price of oil went up. In response, Mr. Biden inexplicably asked Russia and OPEC for more oil. National Security Advisor Jake Sullivan issued a statement calling on OPEC Plus (the most important part of the “Plus” is Russia) to produce more oil.” 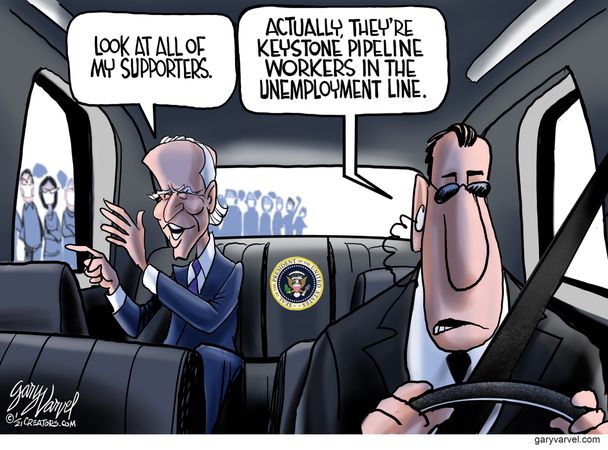 Pyle also expressed concern about the “propaganda” attached to the utility of so called “renewable energy” such as wind and solar. Despite several decades of subsidies and mandates aimed at increasing their use, renewables produced just 12.4% of American energy consumed, Pyle told lawmakers.

“A significant part of our current problem is the endless repetition of the propaganda about the utility of alternative sources of energy, the possibility of net zero greenhouse gas emissions, and the inevitability of an energy transition,” Pyle said. “These foundational myths have led directly to higher energy prices for Americans.”

But the policy missteps are not limited to the Biden administration. The European Union has also failed to sufficiently invest in oil and natural gas while chasing after renewable energy, Pyle observed in his testimony. He cited figures showing that in the past 15 years, natural gas production in Europe has fallen by 30% while natural gas consumption has only declined by 13%.

“This was driven by government policy, not market forces,” Pyle said. “Consequently, Russian natural gas has become more critical to European energy security. At the moment, the EU consumes about 540 billion cubic meters of natural gas a year.Over 40% of that originates in Russia. It is no surprise, therefore, that the European and the American governments have hesitated to impose strong sanctions against Russian-sourced energy and Russian energy companies either before or after the invasion.”

Then there’s China, which dominates the market for the mining, production, and processing of critical minerals that help power electric cars. These include: copper, lithium, nickel, and cobalt.

That’s a problem since Biden’s EPA is hot to trot for implementing new rules crafted with an eye toward coercing Americans into buying electric cars. During his testimony, Pyle discussed the EPA’s new greenhouse gas emission standards for passenger cars and light trucks through model year 2026. “This rule essentially mandates that 17% of new vehicles in model year 2026 be fully electric or plug-in hybrids,” he said.

As electrification grows, so will reliance on China.

“It is challenging to believe that Americans would be in favor of trading energy independence – which we currently enjoy despite the best efforts of some in the Administration – for dependence on a genocidal regime (and identified as such by both the current and previous Administrations) marked by international hooliganism,” Pyle said. 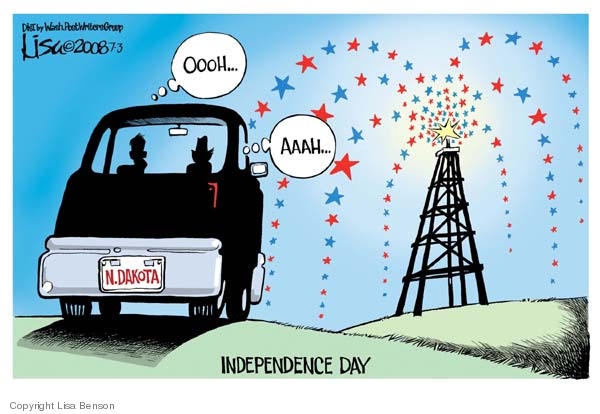 Even if a future administration were to abruptly reverse course from the damage done under Biden’s watch, there’s an opportunity cost associated with current efforts to discourage domestic and oil and gas development.

Energy executives and their investors are understandably hesitant to begin exploratory efforts in an environment where federal officials from Biden on down have expressed hostility toward their products. Never mind Putin.

The problem is not just one of poor judgment at the Biden White House, but also a fundamental misunderstanding of what it takes to reinvigorate American energy. That’s why American Petroleum Institute President and CEO Mike Sommers recently took White House Press Secretary Jen Psaki to school when she said there are 9,000 approved oil leases that the oil companies are not currently tapping into. Psaki was responding to media questions about Biden’s ban on new oil and natural gas leases on public lands.

“Just because you have a lease doesn’t mean there’s actually oil and gas in that lease, and there has to be a lot of development that occurs between the leasing and then ultimately permitting for that acreage to be productive,” Sommers told Bloomberg News.

“I think that they’re purposefully misusing the facts here to advantage their position.”
C’mon Lady.

As IER points out in a blog post, the oil industry has to pay the government fees for renting leases whether or not oil and gas is ultimately found and produced. Moreover, it takes anywhere from 7 to 10 years for oil companies to know if a lease will become productive. It’s not hard to understand why they aren’t rushing in at a time when the clown act that is the Biden White House is pressuring banks to refrain from investing in the oil and gas industry

A paid agent of either China or Russia could not do a better job of sabotaging American energy at a time when it’s needed most. 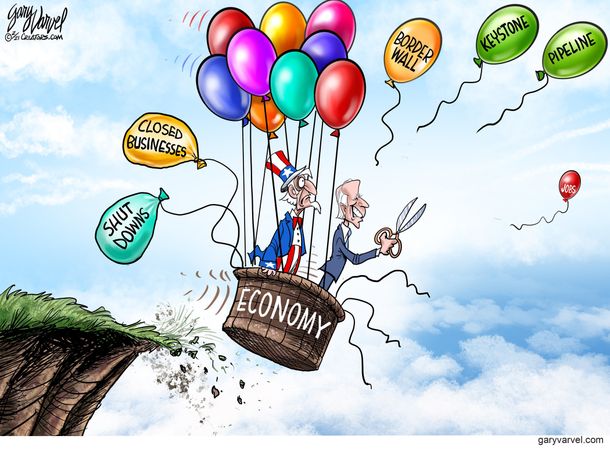