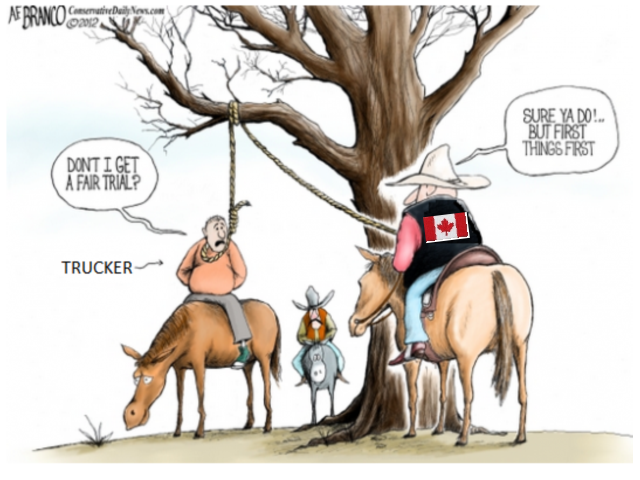 Confidence in the judiciary depends on whether people perceive courts to

be genuinely neutral, not merely within a narrow band of progressive consensus

The trucker convoy that protested COVID vaccine mandates in Ottawa in February has been both joyously acclaimed and bitterly criticized. According to an April 9 article in Le Devoir, Supreme Court Chief Justice Richard Wagner has added his voice to those who have condemned it. If the account in Le Devoir is accurate, his comments starkly illustrate the degree to which judges feel at liberty to embrace progressive consensus at the expense of judicial neutrality. In mid May, a group of lawyers filed a complaint with the Canadian Judicial Council, arguing that Wagner’s criticisms undermine confidence in the impartiality of the courts, in particular on the issue of the government’s invocation of the Emergencies Act and the right to protest.

The trucks had been in Ottawa for two weeks when, on Feb. 14, the federal government invoked the Emergencies Act. It cited “the threat or use of acts of serious violence” as the rationale, even though the protests had been largely peaceful throughout and the government had received no intelligence about impending violence or the presence of weapons. Within a few days, police had cleared the trucks and supporters away and the bank accounts of several hundred Canadians had been frozen. On February 23, the use of the Emergencies Act was revoked.

At least four legal challenges to the government’s invocation of the act have been launched, one or more of which could easily wind up on appeal to the Supreme Court, with the chief justice sitting in judgment on the case.

In his interview with Le Devoir, Wagner characterized the protest on Wellington Street, where Parliament and the Supreme Court are located, as “the beginning of anarchy where some people have decided to take other citizens hostage.” The article reports Wagner as having declared that “forced blows against the state, justice and democratic institutions like the one delivered by protesters … should be denounced with force by all figures of power in the country.”To become a judge means to take on onerous responsibilities. “Justice should not only be done,” Lord Chief Justice Hewart famously said in a 1923 UK King’s Bench judgment, “but should manifestly and undoubtedly be seen to be done.” The Canadian Judicial Council, which oversees the conduct of judges on the country’s highest courts, and which the chief justice of the Supreme Court chairs, states in its Ethical Principles for Judges that “statements evidencing prejudgment … may destroy the appearance of impartiality,“ and so judges “should avoid using words or conduct, in and out of court, that might give rise to a reasonable perception of an absence of impartiality.”In a 2015 decision in which Wagner himself participated, the Supreme Court agreed. “Judges are required — and expected — to approach every case with impartiality and an open mind,” the court wrote, and must be perceived to do so. Traditionally, judicial comment on political matters is regarded as inappropriate. In 2016, U.S. Supreme Court Justice Ruth Bader Ginsburg apologized for making “ill-advised” criticisms of Donald Trump, who at the time was the presumptive Republican presidential nominee.

How then are the chief justice’s comments to be explained? At his first press conference in 2018 as the court’s chief, as reported in the Toronto Star, Wagner agreed that his court was “the most progressive in the world,” with a leadership role to play in promoting (progressive) moral values. Wanjiru Njoya, a legal scholar at the University of Exeter and formerly at Queen’s University in Kingston, has strongly criticized the fact that in the modern legal firmament, the range of what is considered reasonable has been narrowed to progressive ideals alone. In the courts and within the legal academy, as she puts it, the dominant perspective “delineates the boundaries of what progressives consider to be reasonable, measured, and balanced interpretations of the demands of justice.” Perspectives falling outside these boundaries, she says, are perversely defined as unreasonable and therefore regarded as not worthy of respect.

Progressivism is the ideology of collectivism, equity, wokeness, safetyism, and the managerial state. COVID has been progressivism’s perfect storm and sweeping pandemic bureaucracy its pinnacle achievement. Yet where the line is to be drawn between individual liberty and collective responsibility is a matter of legitimate dispute. Confidence in the judiciary depends on whether people perceive courts to be genuinely neutral, not merely within a narrow band of progressive consensus but on all matters of controversy within a pluralistic society.

Had the chief justice declared the truck convoy to be courageous, vaccine mandates illegitimate, and invocation of the Emergencies Act an outrageous violation of civil liberties, the federal government would justifiably perceive that he had prejudged the case.

Instead, his words reflect the government position that the protest was beyond the bounds of civilized behaviour and was properly crushed with state force. The question is not whether his views are correct, but whether they are premature and in the wrong forum. Should any of the Emergencies Act challenges make their way to the Supreme Court, the chief justice will sit in judgment on a dispute about which he appears to have already formed an opinion.

Having made his public comments, the chief justice could announce that he will recuse himself from the case to avoid a reasonable perception of bias. However, Wagner is not merely one of many federally appointed judges, but the chief justice of the highest court in the land. His opinion carries influence that cannot be nullified by simple recusal. The harm done to judicial impartiality on the issue of the invocation of the Emergencies Act cannot easily be remedied.

Bruce Pardy is executive director of Rights Probe and professor of law at Queen’s University. He was one of the lawyers on the complaint filed with the Canadian Judicial Council. 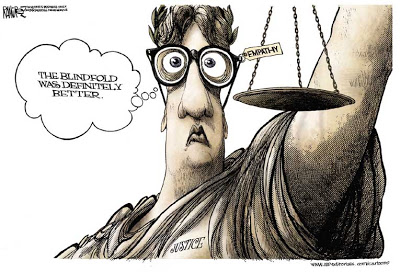