It’s a struggle to understand the rapid and ruinous demise of USA under the Biden administration.  One obvious but insufficient cause is Incompetence.  Powerful and responsible positions were filled with people based on their group identities, regardless of knowledge or skill qualifications, so stupid mistakes were a foregone consequence.  Beyond this, the raiding of the US Treasury by spending trillions of dollars on unaccountable pretexts suggests Corruption must be added in as a factor.  Still, these two do not explain the willful, ruthless and determined efforts by the federal government to systematically destroy the American Republic, its heritage and reputation.

Qui bono?  (Who benefits?)  Who and What is threatened by American Greatness?  And Why must the MAGA champion, Donald Trump, be disappeared by any means necessary?

Kevin Lewis sorts out a credible answer in his American Thinker article We Have Been Thinking about This All Wrong.  Excerpts in italics with my bolds and added images.

For many of us, the path our governmental leaders have recently taken has been perplexing. Many of the policy decisions that perhaps sounded good (at least to some) have turned out to be not only clearly deleterious, but often catastrophic for our country. Without hyperbole, I mean catastrophic for our economy, our national defense capability, our national sovereignty, the safety and security of citizens, and our standing among other nations of the world.

We hear that inflation is “temporary,” that “we are not in a recession,” that the administration “feels our pain” at the gas pump and is making a historic effort to bring down prices (though we should really focus on the fact that we are in an exciting “Great Transition”). Even though our money doesn’t go nearly as far as it used to, our economy is in the midst of a “booming recovery.” We are told that a massive new spending bill will somehow reduce inflation — (the “Inflation Reduction Bill”). Even the government’s own CBO stated that it will do almost nothing to reduce inflation. Most economists say it will make inflation much worse.

These statements don’t seem to align with empirical evidence — our everyday experience! Sadly, it would not surprise me at all if it were suddenly announced that “due to the racial overtones and white supremacist associations of ‘up,’ in the interest of equity, it will henceforth be considered down.”

One might reasonably ask, “Why are our government officials doing these things and saying these things that don’t seem to help us or our country?” I believe that asking this question would indicate a basic misunderstanding of our current governmental environment, their views and their goals. You’re thinking about this all wrong! 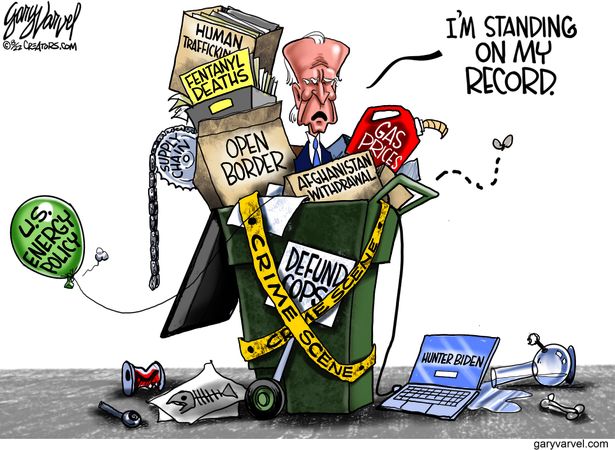 There are some simple, obvious explanations that we can see and hear from various political experts. One such would be the “do the opposite of whatever Trump did” explanation. That mentality certainly exists. We have seen this from various individuals on both sides of the aisle — the desire to distance themselves from whatever Donald Trump did, whether good or bad. Another explanation would be unwavering allegiance to the progressive/Green New Deal contingent of the Democrat party, who, I assume, Joe Biden believes helped get him elected. There is always the “old standby” Democrat position that more government and more spending are always a good thing. With regard to the administration’s complete disregard for and puzzling silence regarding the unsecured southern border, there is the conventional wisdom that if individuals come to the U.S. illegally and are given benefits and, more than likely, the chance to stay, they will be beholden to the Democrat policies of which they are beneficiaries, and therefore be lifelong democratic voters, ostensibly keeping Democratic politicians in power forever.

These are all good possibilities, each with a degree of validity, but they don’t seem like enough.  They might explain some things, but not all of them. When decisions are made that are blatantly unconstitutional, when policies are adopted that do not benefit U.S. citizens, and may even demonstrably hurt them, one might rightly begin to believe that there is more at play here — that there may be an even more insidious agenda afoot. I believe that there is.

I believe that the goal, simply put, is to make America less, in every respect.

If the U.S. is arguably the most powerful, wealthiest, and most independent nation, with safeguards to avoid tyranny and subversion built into its founding documents, it becomes a major (if not the major) obstacle to a globalist one-world government, wherein all nations have equity. Some might consider the idea of a one-world government a conspiracy theory espoused by the Alt-Right or some other equally vilified group. Listening to the narratives from the United Nations’ deliberations or from many of their leaders, it seems clear that it is indeed a real goal. Many of our own leaders, including several U.S. presidents, both Democrat and Republican, have extolled the virtue of the New World Order. Whatever you choose to call it, I believe that many (most?) within our government consider the U.S. too wealthy, too powerful — too privileged. For them, that must change. 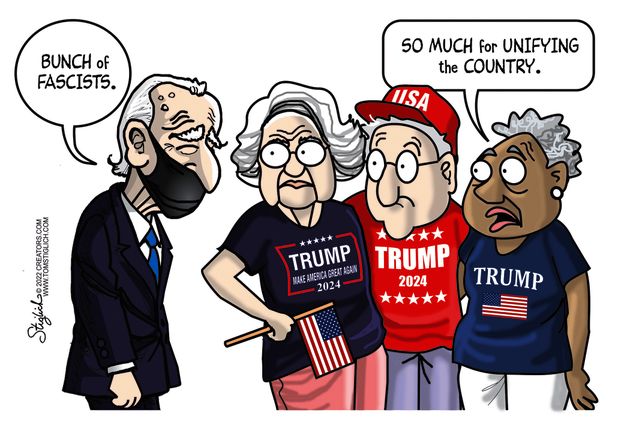 The movers and shakers running the government, along with their happily willing figurehead (currently Joe Biden), view all who oppose this “transition” with disgust. They view anything like an “America First” mentality and certainly the “Make America Great Again” mentality merely as primitive tribalism.

If seen from this perspective, Biden’s perplexing decisions and policies align and make some sort of perverse sense. America is not just “transitioning” away from fossil fuel toward green and renewable energy. It is transitioning toward its place as just another nation-state of the world — no better, no worse. For that to occur, the U.S. must be “brought down” from its current position. Since citizens would not voluntarily jump on the bandwagon if this goal were stated clearly, it must be done surreptitiously. 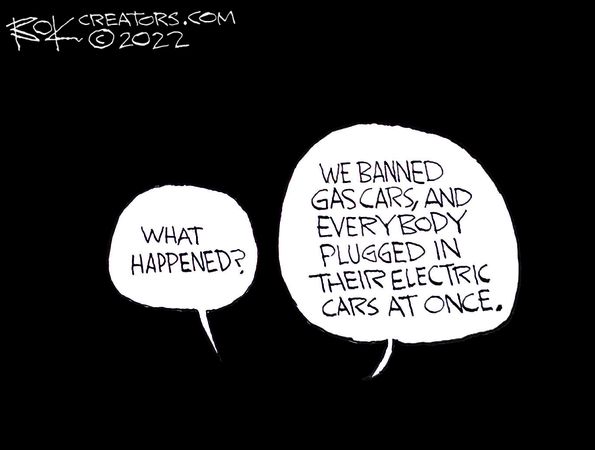 Biden didn’t shut down oil and gas production in America (then plead to buy it from other countries) because of the climate or because he was seeking “green energy” (obviously, because we are still using oil and gas, just paying much more for it, and becoming beholden to other countries). It was done because it was one simple but very powerful way to weaken America (under the pretext of helping the climate or moving toward green energy). Not only has Joe Biden failed to fulfill his oath of office (to defend the U.S. from all enemies, foreign and domestic), but he (and the obviously intricate network of controlling governmental operatives) has intentionally and specifically disparaged and discarded it.

Now it all begins to make sense, and it scares the hell out of me.

Footnote: One candidate for Canadian Prime Minister gets it.