Ross McKitrick reports at Financial Post The Parliamentary Budget Officer just debunked climate alarmism, This is the opposite of an ’emergency’ or ‘crisis’.  Excerpts in italics with my bolds and added images. 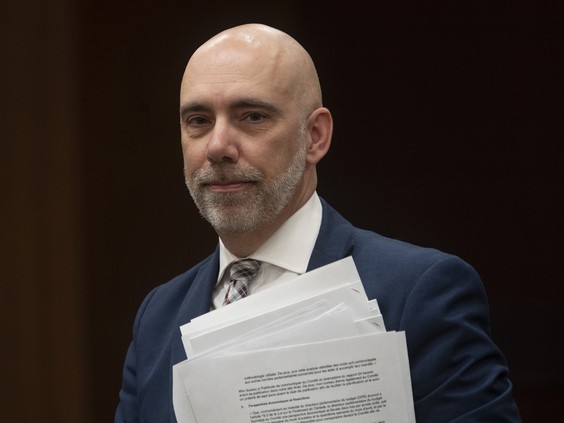 The Parliamentary Budget Officer (PBO) recently released a report on the effects of greenhouse gas emissions on Canadian GDP growth over the next 80 years. I’ve written previously about the recent economics literature investigating the link (or lack thereof) between global warming and economic growth. It’s a fascinating topic and I’ve been actively working with on it one of our PhD students for several years. While I would quibble with some aspects of the PBO report, the overall conclusions are not out of line with mainstream thinking on the topic.

Which is why the findings are so astonishing and radical compared
to what the government has been saying.

The PBO estimated what would happen to the Canadian economy between now and 2100 if temperatures and precipitation change as expected due to greenhouse gases. The report’s authors consider two scenarios — first, if emission-reduction policies stall at today’s levels and nobody complies with their Paris commitments and, second, if countries comply with all their Paris commitments in full and on time. Under the first scenario Canada’s GDP in 2100 will be 6.6 per cent smaller than it otherwise would be.

Let’s pause there for a moment: 6.6 per cent after 80 years is a very small number. Canada has set out ambitious economic growth plans based on high levels of immigration and continued efforts to boost productivity and income. Suppose this results in two per cent real GDP growth from 2021 to 2100. That would mean Canada’s economy will grow by 388 per cent over those 80 years.

According to the PBO, if we do nothing about global warming,
it will instead grow by about 381 per cent.

In other words, the PBO projects that the impact of climate change will be small relative to other drivers, including population change, technology and many other aspects of socioeconomic development. Where have I heard that before?

In the UN Intergovernmental Panel on Climate Change’s 5th Assessment Report, released in 2013, that’s where. In the Working Group II volume, Chapter 10, the report concluded: “For most economic sectors the impact of climate change will be small relative to the impacts of other drivers. Changes in population, age, income, technology, relative prices, lifestyle, regulation, governance, and many other aspects of socioeconomic development will have an impact on the supply and demand of economic goods and services that is large relative to the impact of climate change.”

Yes, you read that right. The IPCC concluded, not very long ago, that while greenhouse gases have warmed the climate and will continue to do so, the effects will be small compared to pretty much every other driver of change in the century ahead. This is the opposite of an “emergency” or “crisis.”

And we have to ask: what if the policies cost more than 0.8 per cent of GDP? We can be absolutely certain that they will. In a study Elmira Aliakbari and I coauthored last year for the Fraser Institute, we showed that just the carbon tax alone, which won’t suffice to get us to the Paris target, will cause GDP to shrink by at least twice that amount by 2030. Our GDP loss estimates were in line with many other studies done inside and outside of government for comparable-size emission cuts under the Kyoto Protocol 20 years ago.

The PBO, based on advice from Environment and Climate Change Canada, the federal department in charge, worked on the assumption that Canada will warm (on average) by 2.5 degrees Celsius compared to today. I think that’s an overestimate but, as before, let’s assume it’s true. Its analysis says that the result will be that Canada’s economy grows (on average) not by 2.0 per cent a year but by 1.983 per cent per year, a difference less than a rounding error in the national economic accounts. And if we incur the enormous costs of complying with Paris, the economic benefit will be that we grow on average by 1.986 per cent instead, three one-thousands of a per cent more. At the cost of policies that will take orders of magnitude more off our growth rate.

One of the annoying bits of jargon that goes around climate policy circles is the phrase “the cost of inaction.” As in, “we have to do something, doing nothing is not an option, the cost of inaction is too large.” The cost of inaction is the foregone benefit of the action, and according to the PBO, it’s not large at all. In fact, it’s tiny. Because compared to everything else we’ll deal with this century, the impacts of climate change will be small.

That is the radical but correct conclusion of experts at both the IPCC and the PBO.
It’s time government leaders started paying attention.

Ross McKitrick is a professor of economics at the University of Guelph and senior fellow of the Fraser Institute.