Joe Oliver writes at Financial Post: Resolution for 2023: It does not have to be this way.  Excerpts in italics with my bolds and added images.

Canada is hurting because of big missed opportunities,
misguided priorities and counter-productive policies

Canada is hurting because of big missed opportunities, misguided priorities and counter-productive policies. The evidence, a sad litany of failures, is there for all to see. But it hasn’t yet generated a collective determination to correct course and do better as a nation. The public has been flooded with government and media talking points designed to convince them their problems are due either to external forces or to the pursuit of laudable goals, especially regarding climate. As a result, many Canadians, though not happy with their current plight, are actually forgiving, even if common sense screams out for transformative change.

The National Post’s First Reading newsletter recently detailed some of the country’s most vexing problems. Over half of Canadians are worried about putting food on the table, 60 per cent about being able to buy gasoline and 40 per cent about paying their mortgage or rent. Wait times to see a specialist after a referral have hit an alarming 27 weeks, compared to “just” nine weeks in 1993. More than half of young Canadians have experienced difficulty accessing mental health services. That only 20 per cent of trans and non-binary youths have is a positive, but stands in contrast with the low consideration accorded young non-trans, non- binary males by the medical system.

Social harmony has been undermined by a prime minister prone to maligning groups whose views he deplores and who is focused on identity politics and systemic racism, even though our country is an exemplar of tolerance. In western Canada, destructive federal policies have deepened resentment, leading to Alberta’s Sovereignty Act, much maligned by a Laurentian Elite seemingly untroubled by the stark double standard with Quebec. Canada’s international influence has waned, which is hardly surprising, since we have long been a free-rider militarily. Now, when we could be making a real difference to European allies desperate for natural gas, we are unable to deliver. 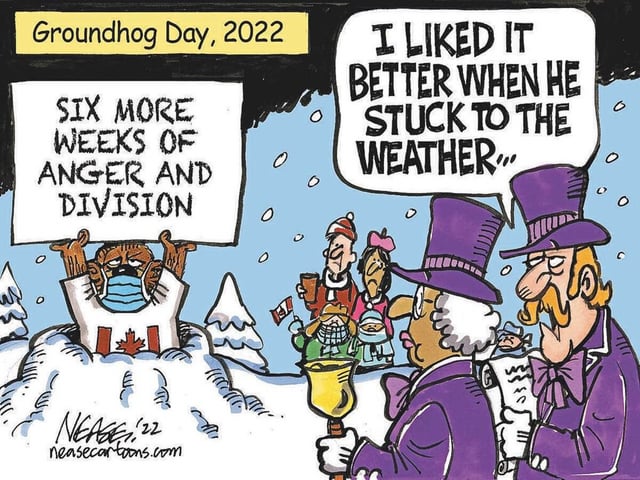 Ottawa’s unprecedented fiscal profligacy exacerbated global inflationary pressures, generated record debt levels, betrayed recent promises to contain out-of-control spending and imposed an onerous financial burden on pensioners, struggling middle-class families, first-time home buyers, younger workers and the next generation. Auditor-general Karen Hogan just uncovered an astonishing $37 billion dollars in COVID relief payments that may have been undeserved. Interest rates are projected to drive up annual debt charges to $53 billion by 2024, $8 billion more than total forecast military expenditures. That should remind the Liberal government it cannot borrow its way to prosperity, even when interest rates are low — which they aren’t anymore. A global recession is looming due to rates hikes by central banks, including the Bank of Canada, who are trying to wrestle inflation back to the targeted two per cent, though so far unsuccessfully.

To justify enormous expenditures and punishing taxes Canadians are endlessly bombarded with apocalyptic climate scaremongering whose main effect is to terrify children and convince the credulous. Even though Canada cannot make a measurable difference to the global climate, the Liberals doggedly push a net-zero agenda that will cost $2 trillion by 2050. Meanwhile, global GHG emissions continue to rise because very few countries are walking the walk, in spite of their virtue signaling, and developing countries, who generate two-thirds of global emissions, are moving in the opposite direction, with non-OECD countries hitting a record for coal consumption last year.

Europe, which is coping with its worst energy crisis since WWII,
should be a cautionary tale for Canadians.

Natural gas there is six times the cost in the U.S. U.K. electricity bills are the highest in the world, creating pressure for a referendum on net zero. Germany is dismantling wind turbines to access coal mines. According to the Daily Telegraph, Switzerland is mulling proposals to restrict electric car trips in order to deal with the energy shortage. 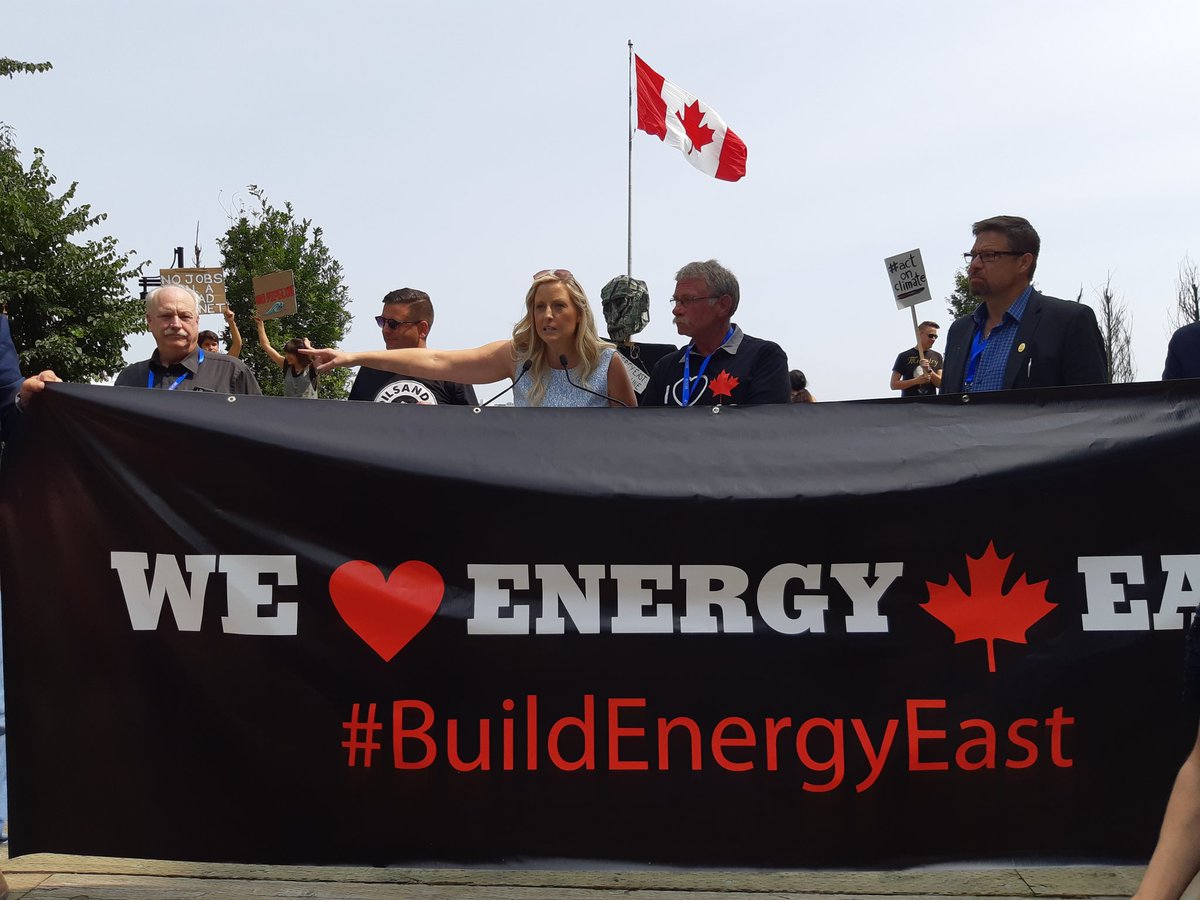 Europe’s crisis is policy-driven, based on the chimera that
intermittent wind and solar can power the continent without fossil fuels.

The result has been energy poverty, compromised national security, de-industrialization and movement of carbon production to other countries — with no reduction in net global emissions. There are parallels in Canada, which suffers from a lost opportunity to reduce emissions by supplying natural gas to Asia and Europe as a substitute for coal and to fund critical social programs like healthcare and education. Yet most Canadians do not see the link between hallway medicine and blocking the construction of pipelines to tidewater, thereby precluding the sale of oil and gas to overseas markets. 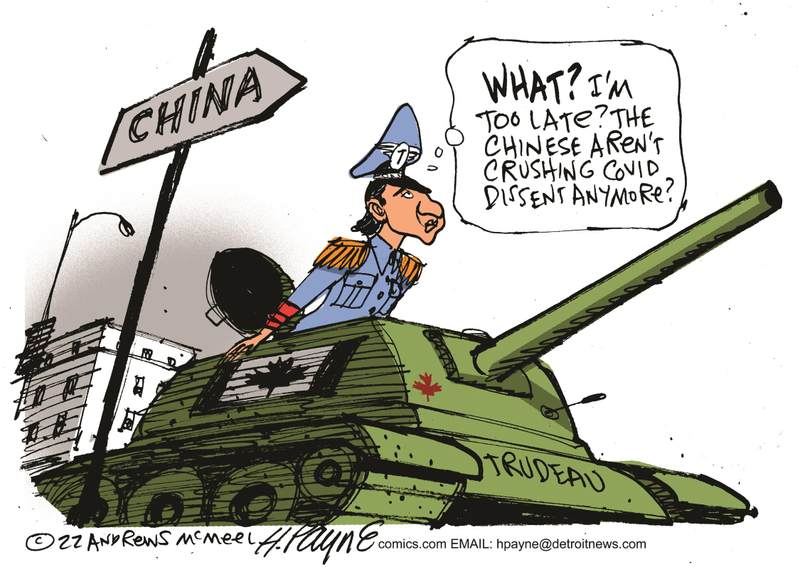 Liberal policies derive from a dysfunctional admixture of socialism, progressivism, woke-ism, the Great Reset and climate alarmism. Their default position is to prioritize big government over economics, science and common sense. Even if voters don’t see through government messaging, destructive policies will eventually come home to roost. Unfortunately, a lot of needless pain will have been inflicted by then.

Joe Oliver was minister of natural resources and minister of finance in the Harper government. 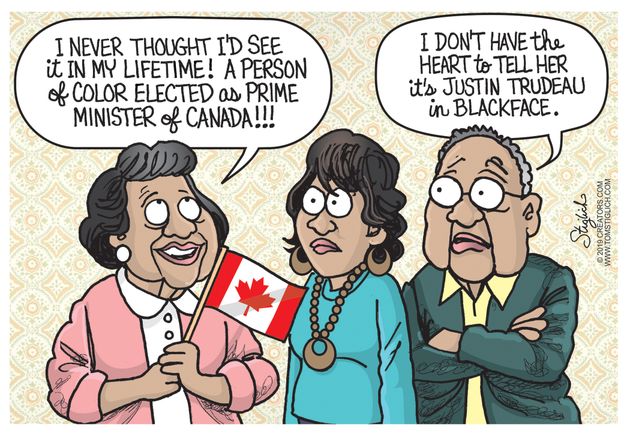