Yesterday I commented at MasterResource concerning a sale of carbon credits by a Montreal enterprise:

“Follow the money.  This scheme is all about selling carbon credits to energy producers who have to buy them, the money ultimately coming from consumers. Expect to see a net transfer of wealth out of California. And it’s already started.”

Alas, on closer inspection, my dreams of California greenbacks flowing here to Montreal were just an illusion. It’s actually Quebec who will be going to the cleaners.

Perhaps I was caught up in irrational exuberance. There has also been a feeling in Québec that the province would make money with cap-and-trade—“that Québec has a lot to sell”. Québec should also have an advantage as one of the least carbon intensive jurisdictions in North America, with zero-carbon hydro-electric power.

Well, that makes sense, but it’s not how it works.

There’s Two Sides to the Story.

“Montreal’s Biothermica Technologies Inc. clinched a deal earlier this month to sell $860,000 worth of carbon credits – generated by reducing methane emissions at a coal mine in Alabama – to an unnamed California buyer who needed them to meet the state’s climate regulations.”

“Meanwhile, on the other side of the market, Norcan Petroleum Products GP must purchase carbon allowances in joint Quebec-California auctions in order to cover the greenhouse gas (GHG) emissions that will result when the fuel it sells in the province is consumed.”

“For the province’s largest importer of gasoline, the system is an administrative headache and competitive challenge. The company, which is part-owned by Irving Oil Ltd., expects to spend $60-million a year to cover its emissions and – along with other fuel distributors – will pass that cost along motorists in an additional 3.6-cent-a-litre tax.”

Depending on the price of carbon, it could even get worse for Quebec drivers. Carbon currently costs $11.39 per tonne. Drivers will pay two and a half cents more per litre if this goes up to $15, six cents more for $30 per tonne, and a dime more for $50.

Quebecers already pay the most tax on gas in North America. Since the beginning of the year, they have paid on average over 50 cents in taxes for each litre they buy.

Amazingly, since gasoline retailers jerk the pump prices up and down each week by at least 10 cents/liter, most drivers don’t notice these tax increases.

What’s in the Trading Deal?

It is worth repeating that the cap-and-trade systems adopted in California and Québec are not mandated by any international convention, and the agreement to link schemes remains voluntary and subject to each jurisdiction’s political process and legal system. The two parties believe this is win-win, though I come to a different conclusion below.

Both jurisdictions are politically and socially liberal with populations mostly deferential to global warming concerns. Both want to lead in “fighting climate change” without a political uproar over a imposing a new tax. And in both places are found a growing community of experts, consultants, ENGOs, and businesses who have seized upon the many opportunities offered by emissions trading.

In French, an expression says that in any embrace, there’s always a kisser and a kissee. That is, one of the two wants it more, and here it is Quebec needing California more than the other way around. With Quebec’s economy one sixth that of the Golden State, having it’s own market was not feasible.

For California, why bother, except for the symbolism of someone else joining? Therein lies the base reality: California was sold the notion that Quebec will be a net buyer of credits, not a seller.

On to the Economic Projections

“We estimate that the costs of reducing 14.4-18.3 million tCO2e of emissions would be much greater for Québec if its cap-and-trade system were not linked to California: at between $694-1030 million based on prices in the table above. Thus, Québec gains between $34-110 million from trading with California. For California, due to the slight rise over unlinked prices, the linked price would increase the cost of reducing 14.4-18.3 million tCO2e by about $13-56 million. Nonetheless, inflows from Québec would more than compensate for these additional costs and California’s net gain from trade would be $284-442 million. To summarize, both California and Québec gain from trading in comparison to a situation where their cap-and-trade systems remain unlinked, but
California gains more.” p36

From: The Political Economy of California and Québec’s Cap-and …
http://www.sustainableprosperity.ca/dl1235

California gets a revenue transfer and Quebec gets a discounted price on its action plan. But maybe more importantly, both get a bump in their cash flows. Proceeds from selling allowances are expected to increase the revenues of the Quebec government by $500 million for 2015 alone. By 2020, it represents an expected $3.5 billion of extra income.

My view on this deal is tainted by my not accepting the premise that CO2 is a pollutant rather than essential to life in the biosphere. Thus carbon reduction targets are not only arbitrary, but unnecessary, unless you believe catastrophe is coming and you don’t want to be blamed for it.

“We should obviously try to gauge whether the benefits of such action are greater than the costs of forcing people off hydrocarbons, but such a calculation is devilishly difficult, if not impossible. And to suggest that the net results might be negative is to be barred from conversation.”

“All forms of approved climate action divert individuals and industry away from cheap and plentiful energy sources to more expensive sources. They also involve deadweight costs in terms of bureaucratic oversight and compliance.”

You’d think there would be a cautionary tale in this for others, but Ontario has committed and those two provinces make up 56% of Canadian GDP.

“When it comes to fighting climate change, Ontario has already been at war with the provincial economy, devastating consumers and undermining growth. In a burst of regulatory overkill, the province ordered a shutdown of its coal plants and orchestrated a massive overhaul of the provincial electricity market, at massive cost to consumers. When the plant shutdowns began around 2009, Ontario industry and individual consumers used 139 TWh (trillions of watt hours) of electricity. In 2014, the province used the same amount of electricity coal free, but the total cost has increased from $8.6 billion in 2009 to $12.7 billion in 2014, a jump of $4 billion.”

“That’s expensive carbon reduction. Much of the increased spending comes from Ontario’s feed-in-tariff and other subsidies to allow the installation of wind and solar power and construction of new gas-powered plants. According to government figures, closing the Ontario coal plants reduced annual carbon emissions by maybe 10-million tonnes between 2009 and 2014. Let’s see, back of the envelope, $4 billion divided by 10-million tones of carbon, works out to about $400 per tonne of carbon per year. Where were the market economists now pushing carbon taxes when that plan was hatched?”
Terence Corcoran: Manufacturing carbon hobgoblins 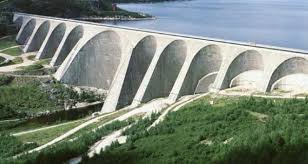 Oh, and Quebec’s reward for low carbon intensity? Just like reducing weight is more difficult when you are already skinny, so Quebec will have to pay more to achieve its targets.

“Because of Québec’s hydroelectric resources, the emissions intensity of its economy is lower than that of California and, consequently, current economic models anticipate that opportunities to reduce further are generally more costly relative to California. Economic modeling of allowance prices in Québec in the absence of a linked cap-and-trade system range from $37-43 per tCO2e in 2013, increasing to $59-69 per tCO2e for 2020 vintages.”

Couldn’t we just rest upon our low carbon laurels until the others catch up? And by the way, this month Hydroquebec customers got a 4.3% rate increase. The renewables lobby says not to blame it on their feed-in tariffs.