Someone has written a book much needed, adding a welcome voice into rational consideration of climate matters. The book is entitled: Doubt and Certainty in Climate Science, it is free and can be downloaded here:

Alan R. Longhurst is a biological oceanographer who has studied the ecology of the continental shelf of the Gulf of Guinea (1954-63), and the trophic structure and flux of energy through the pelagic ecosystems of the eastern Pacific (1963-71), the Barents Sea (1973), the Canadian Arctic (1983-89) and the Northwest Atlantic (1978-94). He coordinated the international EASTROPAC expeditions in the 1960s and directed the NOAA SW Science Center on the Scripps campus at La Jolla (1967-71), the Marine Ecology Laboratory at the Bedford Institute of Oceanography (1977-79) and was Director-General of that Institute (1970-86). He has published 80-odd research papers and his most recent books are “Ecological Geography of the Sea” (Elsevier, 1998 & 2007) and “Mismanagement of Marine Fisheries” (Cambridge, 2010).

I recommend this climate science book as readable, thorough, considerate, and well-documented.  He also gives insightful personal experiences from his oceanographic career. I particularly appreciate his emphasis on the ocean’s complex role in climate dynamics. Also his discussion of surface temperature measurements  has echos in my own analyses of the records.

For a review and overview by Dr. Judith Curry, her post is here:

Longhurst concludes with this:

Perhaps the one thing that would shake the collective certainty would be if the simple, single value used to represent global surface temperature continued to languish at around the same value as it has for the last 15 years for, say, another 5 years? Of course, it may not – simply because the next Nino will quickly reduce the area of cold, upwelled water exposed at the sea surface and global SST will suddenly rise, as it did in 1998. In fact, as I write, this is occurring and the anticipated announcement has already been made NOAA that this year we experienced the warmest July ever recorded.

But if a new Gleissberg cycle makes itself felt when the equatorial Pacific has settled back into its ‘normal’ Trade Wind state, and if the new cycle overwhelms the effect on SAT measurements of urbanisation and land use change so that the GSMT index cools significantly, then the earth sciences will have a heavy bill to be paid in the arena of public support. And the more so if a Convention concerning measures agreed to be taken has already been signed into effect… 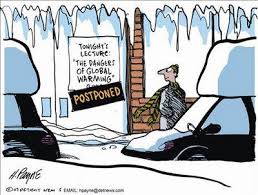