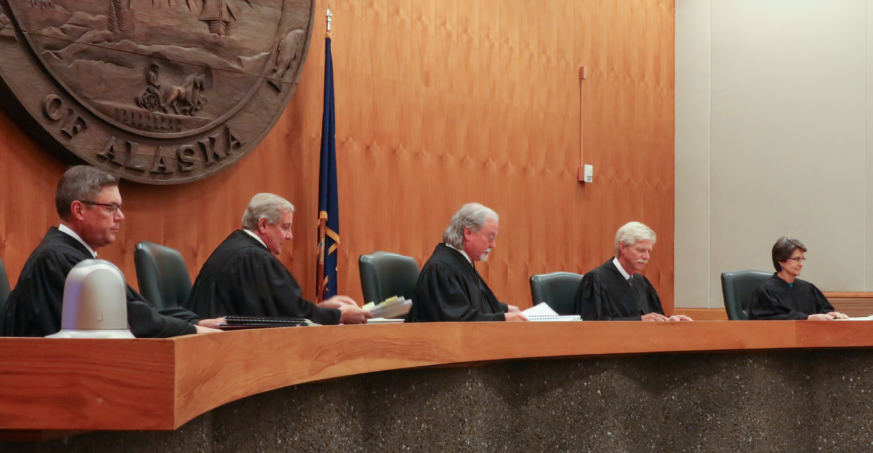 The Alaska Supreme Court hears arguments in the Boney Courthouse in Anchorage .

Our Children’s Trust is at it again. The activist legal organization with deep pockets recruits idealistic teenagers to front for lawsuits so that the courts will order governments to reduce CO2 emissions. The arena is again the Supreme Court of Alaska, a soft target since it is predisposed to hear cases from disgruntled citizens. More on the latest case later on. 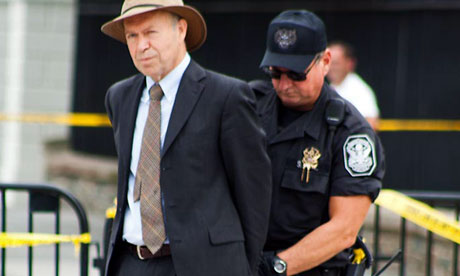 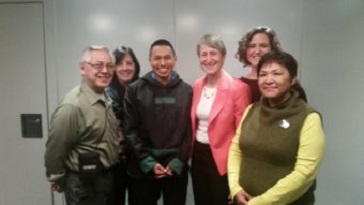 It’s the second such legal action in the last six years. In 2014, the Alaska Supreme Court dismissed a similar lawsuit, Kanuk v Alaska, from six young people asking the state to reduce carbon emissions, among other recommendations. The justices ruled then that it’s not for the courts to set climate policy and that those decisions must be made through the political process, by the Legislature and the governor.

The new lawsuit says, essentially, the state has made its choice, and by encouraging oil development and permitting projects that emit greenhouse gases, Alaska is actively making climate change worse. The plaintiffs argue that violates their constitutional rights to, among other things, “a stable climate system that sustains human life and liberty.” 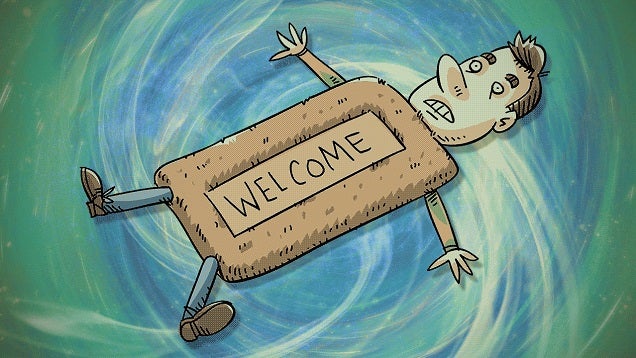 Alaska Court Not a Pushover

In 2014 the Alaska Supremes expressed respect for the youth while holding firmly to the law. Their reasoning is sound and adds to precedent against these attempts to legislate through the courts. From Alaska Supreme Court Opinion No sp-6953, Kanuk v Alaska (2014). Excerpts below with my bolds.

Accepting these allegations as true and drawing all reasonable inferences in the plaintiffs’ favor, as courts are required to do on a motion to dismiss, we conclude that the complaint shows direct injury to a range of recognizable interests. Especially in light of our broad interpretation of standing and our policy of promoting citizen access to the courts, the plaintiffs’ allegations are sufficient to establish standing.

Second Issue: Are the Claims “Justiciable”?

Deciding whether a claim is justiciable depends on the answers to several questions. These include;
(1) whether deciding the claim would require us to answer questions that are better directed to the legislative or executive branches of government (the “political question” doctrine), and;
(2) whether there are other reasons — such as ripeness, mootness, or standing — that persuade us that, though the case is one we are institutionally capable of deciding, prudence counsels that we not do so.

Among the plaintiffs’ claims in this case are requests that the superior court
(1) declare that the State’s obligation to protect the atmosphere be “dictated by best available science and that said science requires carbon dioxide emissions to peak in 2012 and be reduced by at least 6% each year until 2050”;
(2) order the State to reduce  emissions “by at least 6% per year from 2013 through at least 2050”; and
(3) order the State “to prepare a full and accurate accounting of Alaska’s current carbon dioxide emissions and to do so annually thereafter.”

We conclude that these three claims are non-justiciable under several of the Baker factors, most obviously the third: “the impossibility of deciding [them] without an initial policy determination of a kind clearly for nonjudicial discretion.”

While the science of anthropogenic climate change is compelling, government reaction to the problem implicates realms of public policy besides the objectively scientific. The legislature — or an executive agency entrusted with rule-making authority in this area — may decide that employment, resource development, power generation, health, culture, or other economic and social interests militate against implementing what the plaintiffs term the “best available science” in order to combat climate change.

We cannot say that an executive or legislative body that weighs the benefits and detriments to the public and then opts for an approach that differs from the plaintiffs’ proposed “best available science” would be wrong as a matter of law, nor can we hasten the regulatory process by imposing our own judicially created scientific standards. The underlying policy choices are not ours to make in the first instance.

This court, too, “lack[s] the scientific, economic, and technological resources an agency can utilize”; we too “are confined by [the] record” and “may not commission scientific studies or convene groups of experts for advice, or issue rules under notice-and-comment procedures.” The limited institutional role of the judiciary supports a conclusion that the science- and policy-based inquiry here is better reserved for executive branch agencies or the legislature, just as in AEP the inquiry was better reserved for the EPA.

The remaining issue for us to address, therefore, is whether the plaintiffs’ claims for declaratory judgment — absent the prospect of any concrete relief — still present an “actual controversy” that is appropriate for our determination. We conclude they do not.

Applying these criteria here militates against granting the declaratory relief that the plaintiffs request. First, their request for a judgment that the State “has failed to uphold its fiduciary obligations” with regard to the atmosphere cannot be granted once the court has declined, on political question grounds, to determine precisely what those obligations entail.

As for the remaining claims — that the atmosphere is an asset of the public trust, with the State as trustee and the public as beneficiaries— the plaintiffs do make a good case. The Alaska Legislature has already intimated that the State acts as  trustee with regard to the air just as it does with regard to other natural resources. We note, however, that our past application of public trust principles has been as a restraint on the State’s ability to restrict public access to public resources, not as a theory for compelling regulation of those resources, as the plaintiffs seek to use it here.

Although declaring the atmosphere to be subject to the public trust doctrine could serve to clarify the legal relations at issue, it would certainly not “settle” them. It would have no immediate impact on greenhouse gas emissions in Alaska, it would not compel the State to take any particular action, nor would it protect the plaintiffs from the injuries they allege in their complaint. Declaratory relief would not tell the State what it needs to do in order to satisfy its trust duties and thus avoid future litigation; conversely it would not provide the plaintiffs any certain basis on which to determine in the future whether the State has breached its duties as trustee. In short, the declaratory judgment sought by the plaintiffs would not significantly advance the goals of “terminat[ing] and afford[ing] relief from the uncertainty, insecurity, and controversy giving rise to the proceeding” and would thus fail to serve the principal prudential goals of declaratory relief.

The Alaska Supreme Justices seem to be on their game, using their heads rather than succumbing to green threats, fears and prophecies.  But the whole charade is disgusting.