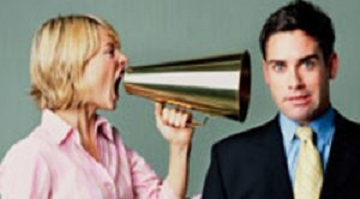 Update January 27, 2018 This post somehow disappeared so I am reposting it. H/T hunter

A previous post described Civil Discourse (here) tactics regarding controversial subjects like global warming/climate change. Another post (here) noted that contemporary leftists advocate through social rather than political persuasion, and have taken over most of the cultural institutions in pursuing their agenda.

A recent BBC interview with Jordan Peterson demonstrates exactly how an opinionated media bully engages in coercive rather than civil discourse. The analysis is provided by Conor Friedersdorf in the Atlantic Why Can’t People Hear What Jordan Peterson Is Saying?  A British broadcaster doggedly tried to put words into the academic’s mouth.

The whole article is revealing and worth reading. Here I provide a few of many examples of attempted social coercion posing as an interview. Excerpts below with my bolds. 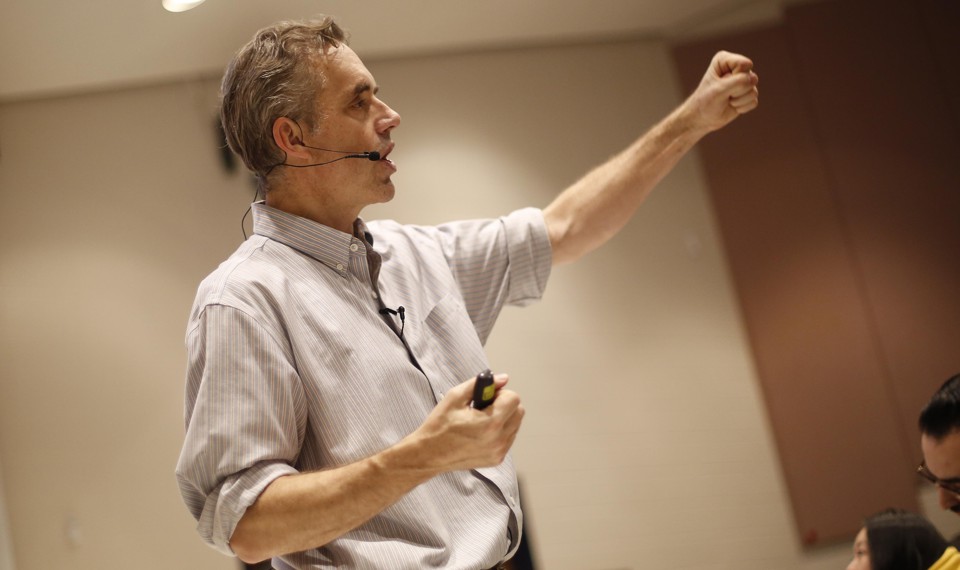 My first introduction to Jordan B. Peterson, a University of Toronto clinical psychologist, came by way of an interview that began trending on social media last week. Peterson was pressed by the British journalist Cathy Newman to explain several of his controversial views. But what struck me, far more than any position he took, was the method his interviewer employed. It was the most prominent, striking example I’ve seen yet of an unfortunate trend in modern communication.

First, a person says something. Then, another person restates what they purportedly said so as to make it seem as if their view is as offensive, hostile, or absurd.

Twitter, Facebook, Tumblr, and various Fox News hosts all feature and reward this rhetorical technique. And the Peterson interview has so many moments of this kind that each successive example calls attention to itself until the attentive viewer can’t help but wonder what drives the interviewer to keep inflating the nature of Peterson’s claims, instead of addressing what he actually said.

This isn’t meant as a global condemnation of this interviewer’s quality or past work. As with her subject, I haven’t seen enough of it to render any overall judgment—and it is sometimes useful to respond to an evasive subject with an unusually blunt restatement of their views to draw them out or to force them to clarify their ideas.

Perhaps she has used that tactic to good effect elsewhere. (And the online attacks to which she’s been subjected are abhorrent assaults on decency by people who are perpetrating misbehavior orders of magnitude worse than hers.)

But in the interview, Newman relies on this technique to a remarkable extent, making it a useful illustration of a much broader pernicious trend. Peterson was not evasive or unwilling to be clear about his meaning. And Newman’s exaggerated restatements of his views mostly led viewers astray, not closer to the truth.

Peterson begins the interview by explaining why he tells young men to grow up and take responsibility for getting their lives together and becoming good partners. He notes he isn’t talking exclusively to men, and that he has lots of female fans.

“What’s in it for the women, though?” Newman asks.

“Well, what sort of partner do you want?” Peterson says. “Do you want an overgrown child? Or do you want someone to contend with who is going to help you?”

“So you’re saying,” Newman retorts, “that women have some sort of duty to help fix the crisis of masculinity.” But that’s not what he said. He posited a vested interest, not a duty.

“Women deeply want men who are competent and powerful,” Peterson goes on to assert. “And I don’t mean power in that they can exert tyrannical control over others. That’s not power. That’s just corruption. Power is competence. And why in the world would you not want a competent partner? Well, I know why, actually, you can’t dominate a competent partner. So if you want domination—”

After transcriptions covering pay gaps and gender equality, we come to this:

In this next passage Peterson shows more explicit frustration than at any other time in the program with being interviewed by someone who refuses to relay his actual beliefs:

Newman: So you don’t believe in equal pay.

Peterson: No, I’m not saying that at all.

Newman: Because a lot of people listening to you will say, are we going back to the dark ages?

Newman: I’m listening very carefully, and I’m hearing you basically saying that women need to just accept that they’re never going to make it on equal terms—equal outcomes is how you defined it.

Peterson: No, I didn’t say that.

Newman: If I was a young woman watching that, I would go, well, I might as well go play with my Cindy dolls and give up trying to go school, because I’m not going to get the top job I want, because there’s someone sitting there saying, it’s not possible, it’s going to make you miserable.

Peterson: I said that equal outcomes aren’t desirable. That’s what I said. It’s a bad social goal. I didn’t say that women shouldn’t be striving for the top, or anything like that. Because I don’t believe that for a second.

Newman: Striving for the top, but you’re going to put all those hurdles in their way, as have been in their way for centuries. And that’s fine, you’re saying. That’s fine. The patriarchal system is just fine.

He thinks it is silly because he never said that “the patriarchal system is just fine” or that he planned to put lots of hurdles in the way of women, or that women shouldn’t strive for the top, or that they might as well drop out of school, because achieving their goals or happiness is simply not going to be possible.

The interviewer put all those words in his mouth.

The conversation moves on to other topics, but the pattern continues. Peterson makes a statement. And then the interviewer interjects, “So you’re saying …” and fills in the rest with something that is less defensible, or less carefully qualified, or more extreme, or just totally unrelated to his point. I think my favorite example comes when they begin to talk about lobsters. Here’s the excerpt:

Peterson: There’s this idea that hierarchical structures are a sociological construct of the Western patriarchy. And that is so untrue that it’s almost unbelievable. I use the lobster as an example: We diverged from lobsters evolutionarily history about 350 million years ago. And lobsters exist in hierarchies. They have a nervous system attuned to the hierarchy. And that nervous system runs on serotonin just like ours. The nervous system of the lobster and the human being is so similar that anti-depressants work on lobsters. And it’s part of my attempt to demonstrate that the idea of hierarchy has absolutely nothing to do with sociocultural construction, which it doesn’t.

Newman: Let me get this straight. You’re saying that we should organize our societies along the lines of the lobsters?

Yes, he proposes that we all live on the sea floor, save some, who shall go to the seafood tanks at restaurants. It’s laughable. But Peterson tries to keep plodding along.

Peterson: I’m saying it is inevitable that there will be continuities in the way that animals and human beings organize their structures. It’s absolutely inevitable, and there is one-third of a billion years of evolutionary history behind that … It’s a long time. You have a mechanism in your brain that runs on serotonin that’s similar to the lobster mechanism that tracks your status—and the higher your status, the better your emotions are regulated. So as your serotonin levels increase you feel more positive emotion and less negative emotion.

Newman: So you’re saying like the lobsters, we’re hard-wired as men and women to do certain things, to sort of run along tram lines, and there’s nothing we can do about it.

Where did she get that extreme “and there’s nothing we can do about it”? Peterson has already said that he’s a clinical psychologist who coaches people to change how they related to institutions and to one another within the constraints of human biology. Of course he believes that there is something that can be done about it.

He brought up the lobsters only in an attempt to argue that “one thing we can’t do is say that hierarchical organization is a consequence of the capitalist patriarchy.”

Actually, one of the most important things this interview illustrates—one reason it is worth noting at length—is how Newman repeatedly poses as if she is holding a controversialist accountable, when in fact, for the duration of the interview, it is she that is “stirring things up” and “whipping people into a state of anger.”

At every turn, she is the one who takes her subject’s words and makes them seem more extreme, or more hostile to women, or more shocking in their implications than Peterson’s remarks themselves support. Almost all of the most inflammatory views that were aired in the interview are ascribed by Newman to Peterson, who then disputes that she has accurately characterized his words.

Update:  A Post interview conversation with Peterson illuminates the dynamics and shows how in the aftermath social justice warriors morph into victims and martyrs.

Lots of culture-war fights are unavoidable––that is, they are rooted in earnest, strongly felt disagreements over the best values or way forward or method of prioritizing goods. The best we can do is have those fights, with rules against eye-gouging.

But there is a way to reduce needless division over the countless disagreements that are inevitable in a pluralistic democracy: get better at accurately characterizing the views of folks with differing opinions, rather than egging them on to offer more extreme statements in interviews; or even worse, distorting their words so that existing divisions seem more intractable or impossible to tolerate than they are. That sort of exaggeration or hyperbolic misrepresentation is epidemic—and addressing it for everyone’s sake is long overdue.