Everyday now, everywhere in the media someone else is lamenting the presence of plastics and proposing ways to end straws and other plastic items.  Terence Corcoran in Financial Post explains how we got here:  How green activists manipulated us into a pointless war on plastic  Excerpts in italics with my bolds.

The disruptive Internet mass-persuasion machine controlled by the major corporate tech giants, capable of twisting and manipulating the world’s population into believing concocted stories and fake news, is at it again, this time spooking billions of people into panic over plastic. Except…hold on: Those aren’t big greedy corporations and meddling foreign governments flooding the blue planet with alarming statistics of microplastics in our water and gross videos of turtles with straws stuck up their noses and dead birds with bellies stuffed with plastic waste.

As Earth Day/Week 2018 came to a close, the greatest professional twisters and hypers known to modern mass communications — green activists and their political and mainstream media enablers — had succeeded in creating a global political wing-flap over all things plastic.

That turtle video, viewed by millions and no doubt many more through Earth Day, is a classic of the genre, along with clubbed baby seals and starving polar bears. Filmed in 2015 near waters off the coast of Guanacaste, Costa Rica, the video was uploaded as news by the Washington Post in 2017 and reworked last week by the CBC into its series on the curse of plastics: “ ‘We need to rethink the entire plastics industry’: Why banning plastic straws isn’t enough.”

No need for a secret data breach, a Russian bot or a covert algorithm to transform a million personal psychological profiles into malleable wads of catatonic dough. All it takes is a couple of viral videos, churning green activists and a willing mass media. “Hello, is this CBC News? I have a video here of a plastic straw being extracted from the nose of sea turtle. Interested?”

One turtle video is worth 50-million Facebook data breaches, no matter how unlikely the chances are that more than one turtle has faced the plastic-straw problem. If the object in the unfortunate turtle’s nasal passage was a plastic straw (was it analyzed?), it would have likely come from one of the thousands of tourists who visit Costa Rica to watch hundreds of plastics-free healthy turtles storm the country’s beaches for their annual egg-hatching ritual.

That the turtles are not in fact threatened by plastic straws would be no surprise. It is also hard to see how banning straws in pubs in London and fast-food joints in Winnipeg would save turtles in the Caribbean or the Pacific Ocean. 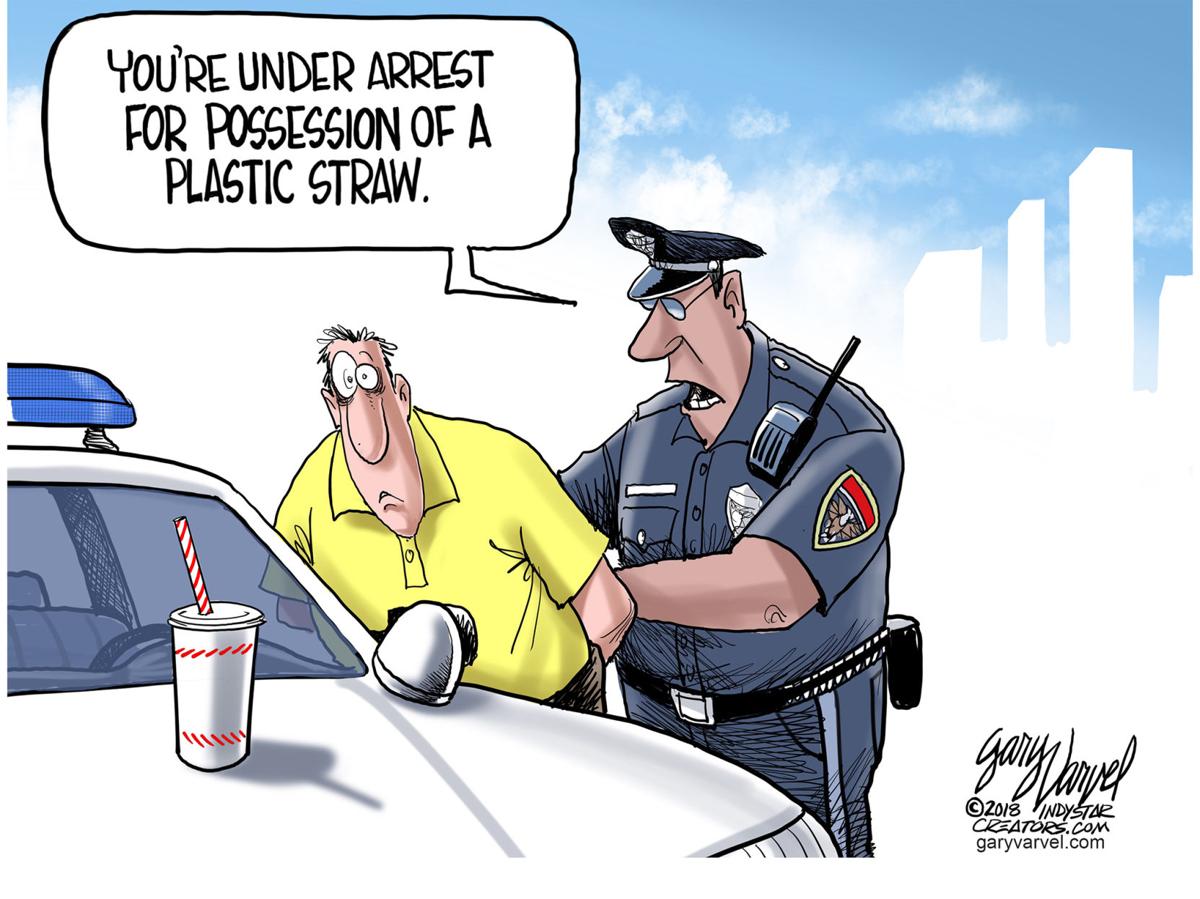 Creating such environmental scares is the work of professional green activists. A group called Blue Ocean Network has been flogging the turtle video for three years, using a propaganda technique recently duplicated by polar-bear activists. Overall, the plastic chemical scare follows a familiar pattern. Canadians will remember Rick Smith, the former executive director of Environmental Defense Canada and co-author of a 2009 book, Slow Death by Rubber Duck. In the book, Smith warned of how the toxic chemistry of everyday life was ruining our health, reducing sperm counts and threatening mothers and all of humanity. The jacket cover of Slow Death included a blurb from Sophie Gregoire-Trudeau, who expressed alarm about all the chemicals “absorbed into our bodies every day.”

To mark Earth Day 2018, orchestrated as part of a global anti-plastics movement, Smith was back at his old schtick with an op-ed in The Globe and Mail in which he warns “We must kill plastics to save ourselves.” Smith, now head of the left-wing Broadbent Institute in Ottawa, reminded readers that since his Slow Death book, a new problem has emerged, “tiny plastic particles (that) are permeating every human on earth.” He cites a study that claimed “83 per cent of tap water in seven countries was found to contain plastic micro-fibres.”

You would think Smith would have learned by now that such data is meaningless. Back in 2009, Smith issued a similar statistical warning. “A stunning 93 per cent of Americans tested have measurable amounts of BPA in their bodies.” BPA (bisphenol A) is a chemical used in plastics that Smith claimed produced major human-health problems.

Turns out it wasn’t true. The latest — and exhaustive — science research on BPA, published in February by the U.S. National Toxicology Program, concluded that “BPA produces minimal effects that were indistinguishable from background.” Based on this comprehensive research, the U.S. Food and Drug Administration said current uses of BPA “continue to be safe for consumers.”

Might the same be true for barely-measurable amounts of micro-plastics found today in bottled water and throughout the global ecosystem? That looks possible. A new meta-analysis of the effects of exposure to microplastics on fish and aquatic invertebrates suggests there may be nothing to worry about. Dan Barrios-O’Neill, an Irish researcher who looked at the study, tweeted last week that “There are of course many good reasons to want to curb plastic use. My reading of the evidence — to date — is that negative ecological effects might not be one of them.”

Instead of responding to turtle videos and images of plastic and other garbage swirling in ocean waters with silly bans and high talk of zero plastic waste, it might be more useful to zero in on the real sources of the floating waste: governments that allow it to be dumped in the oceans in the first place.

Claim: There is a “sea of plastic” the size of Texas in the North Pacific Gyre north of Hawaii

First question: have you ever seen an aerial or satellite photograph of the “sea of plastic”? Probably not, because it doesn’t really exist. But it makes a good word- picture and after all plastic is full of deadly poisons and is killing seabirds and marine mammals by the thousands.

This is also fake news and gives rise to calls for bans on plastic and other drastic measures. Silly people are banning plastic straws as if they were a dire threat to the environment. The fact is a piece of plastic floating in the ocean is no more toxic than a piece of wood. Wood has been entering the sea in vast quantities for millions of years. And in the same way that floating woody debris provides habitat for barnacles, seaweeds, crabs, and many other species of marine life, so does floating plastic. That’s why seabirds and fish eat the bits of plastic, to get the food that is growing on them. While it is true that some individual birds and animals are harmed by plastic debris, discarded fishnets in particular, this is far outweighed by the additional food supply it provides. Plastic is not poison or pollution, it is litter.

Footnote:  Dare I say it?  (I know you are thinking it.): “They are grasping at straws, with no end in sight.”