It took 15 years, but Brazilians finally woke up to the failure of socialist theory and voted them out of power. It wasn’t so much their belief in the new guy, but the fact he was stabbed during the campaign revealed how much the left will do to stay in power. To understand why the election went as it did, see this short video by a Brazilian journalist.

The socialist mantra has been “From each according to his ability, To each according to his need.” That ideology claims to organize outcomes to match individual needs by government collecting all the production and distributing it equally. That sort of government has failed every time, whether in Romania, Cuba, East Germany, or elsewhere. Not only because of corruption by the elite, but also because it defies human and social reality. In this respect, it is analogous to the failure of abstract global warming theory to explain particular local and regional anomalies.

A good insight into the fundamental problem with socialist theory is an article Income Inequality Is a Natural and Desirable Feature of Labor Markets by Joseph Michael Newhard. Excerpts in italics with my bolds.

Redistribution makes a mockery of the concept of equality, merely facilitating a leisure class that lives at the expense of laborers.

With the next presidential election already looming, it’s as certain as death and taxes that another round of hysterical demagoguery is upon us. Among the regurgitated bromides will be complaints about that tired socialist bogeyman of income inequality. Yet, when envy gives way to economic analysis, we find these grievances to be without merit. Income inequality is a desirable feature of labor markets, arising naturally wherever workers are free to choose from among the seemingly endless number of career paths and lifestyles afforded by a modern economy.

Income Inequality Is a Choice

One source of income inequality is differences in how much free time we want. Everyone values both income and leisure, but increasing one necessarily reduces the other—this is the labor-leisure tradeoff. People who highly value free time choose to work less than their peers. Income inequality results even between workers who are identical in every other way.

However, it is an error to interpret this inequality as evidence of inequity. These workers are choosing to earn lower incomes in exchange for more leisure time and consider themselves better off for having the option. Political charlatans may propose redistribution but will succeed only in decreasing the number of workers by artificially rendering indolence relatively more attractive.

Effort is another source of income inequality, especially in certain occupations. If two salesmen are the same in every way except one is driven by his work ethic to make more sales calls, income inequality can result. Greater opportunities for career advancement will also tend to fall to such workers. Each worker is optimizing, with one preferring a more laidback work experience in exchange for a lower income and the other judging that more income is worth the additional effort. It is misguided to conclude that the resulting income gap is an injustice.

Equalizing differences, or compensating wage differentials, is another source of income inequality. The many jobs available to us are of dissimilar unpleasantness, dirtiness, difficulty, security, or riskiness of injury or death. Jobs that are relatively unattractive in such ways must offer a wage premium to attract workers who will otherwise seek more favorable employment. If coal miners earn a higher wage than schoolteachers in Appalachia, then far from constituting inequality, this premium is, in fact, necessary to make both types of workers equally well-off at the margin (that is, “equalizing”).

Last are the investments we make in our own human capital. Americans with more education tend to earn higher incomes. Yet, educational attainment requires years of sacrifice. Wages and leisure time are forfeited. Studying and tests displace parties and video games. Many desirable purchases are delayed. One loses touch with friends and family. Marriage and children may be postponed or avoided altogether. This is a lot to give up, and it is not for everyone, but it is not evidence of inequity when those who sacrificed so much in youth earn higher incomes later in life as a result.

People don’t maximize income; they maximize utility. If college students only cared about maximizing income, they would all major in petroleum engineering. Yet most students major in lower-paying fields. For many students, a mathematically-intensive field like engineering would mean a miserable, mentally draining lifestyle for which the additional income would less than fully compensate for not working in a more appealing occupation. Whether pursuing self-actualization through a career in accountancy, nursing, or acting, we consider not only income but also the costs of training, the appeal of the work itself, and the leisure time the career affords.

The Benefits of Income Inequality

Income is shaped by preferences like demand for leisure, time preference, and level of risk aversion. Ultimately, it is chosen by each worker as a result of one of the few freedoms we still have: the right to choose one’s own profession. Those who choose video games over long work hours, or partying over college, see a real benefit they deem greater than the value of forfeited earnings. Those who instead pursue higher incomes forfeit these enjoyable activities. We should celebrate that we are free to build a career that offers us an optimal bundle of desirable attributes, with income only one of many considerations. Income inequality is a natural result of this freedom.

Income inequality also fulfills an important social function. Higher wages attract workers to fields where their services are highly valued, such as in medicine. If the wage premiums of such professions are eliminated, the incentive to take on important but arduous work disappears. Workers will seek out only the easiest, safest, and most pleasant job opportunities, shunning fields that require years of training or significant physical or mental exertion.

Any Excuse to Seize Power

Unfortunately, none of this will stop power-mad politicians from courting the votes of those who enjoy the benefits of lower incomes but still demand tributes from their more financially prosperous peers in the name of “fairness.” Offering strawman visions of robber barons and banksters hoarding their ill-gotten gains, oligarchs will ignore the true causes of income inequality, attributing it instead to nefarious forces that only the state can confront.

Is it “equality” if Tyler steadfastly refuses every opportunity to apply himself, Jack earns $1000 for the week, and the state gives Tyler half of Jack’s income? They each see the same $500, but Tyler is also able to relax and enjoy his free time while Jack works; they are hardly equally well-off. Redistribution makes a mockery of the concept of equality, merely facilitating a leisure class that lives at the expense of laborers.

Living in a world of scarcity means that to get something you want, you must give up something else that you also want. Less stress, more vacation time, or a reduced risk of workplace injury or death are real benefits that people are willing to pay for through a reduced income. Yet, in the end, these nonpecuniary benefits cannot be stolen by the state and given to people who didn’t earn them in exchange for votes; only income can be. Thus, those who enjoy the many advantages forfeited by high-income earners also get to share in the monetary rewards earned by the blood and sweat of their more ambitious neighbors.

Joseph Michael Newhard is an Assistant Professor of Economics in the Department of Economics and Finance at East Tennessee State University. 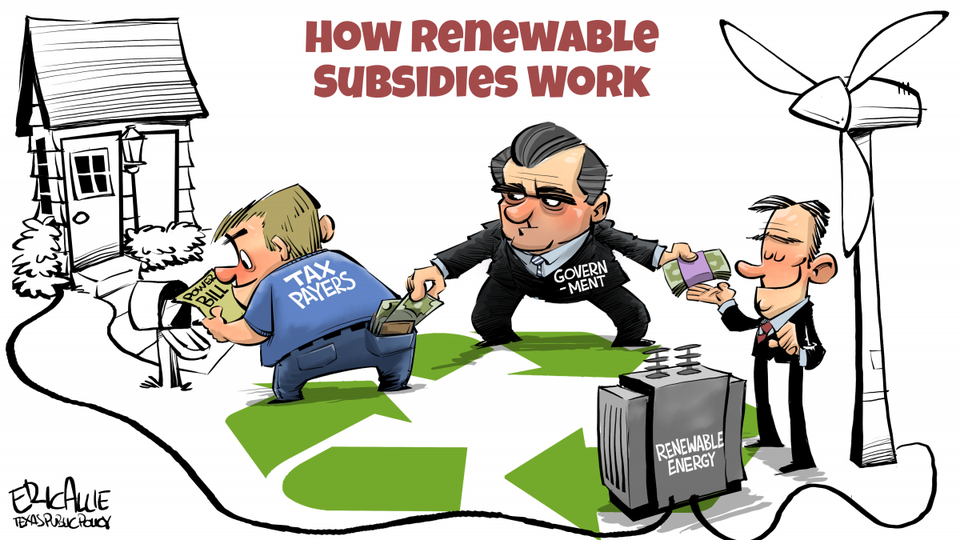 Personal economics was already appreciated in Biblical times.  St. Paul quoted Deuteronomy and adds the lesson in writing: “For the Scriptures say, It is not right to keep the ox from taking the grain when he is crushing it. And, The worker has a right to his reward.” 1 Timothy 5:18 (BBE).  Jordan Peterson adds his description what socialism doesn’t get about human inequalities.

A Russian once spoke nostalgically about the Soviet era:  “The system was simple and reliable. We pretended to work, and they pretended to pay.”