The Black Madonna of Częstochowa is just nearby.

The upcoming COP24 will be dramatic with the host country Poland resolute on continuing to burn coal.  Comments by the Polish Minister of Environment have been aimed at lowering expectations in advance of the meeting, in stark contrast to the recent over-the-top IPCC SR15 climate horror movie.  See UN Horror Show 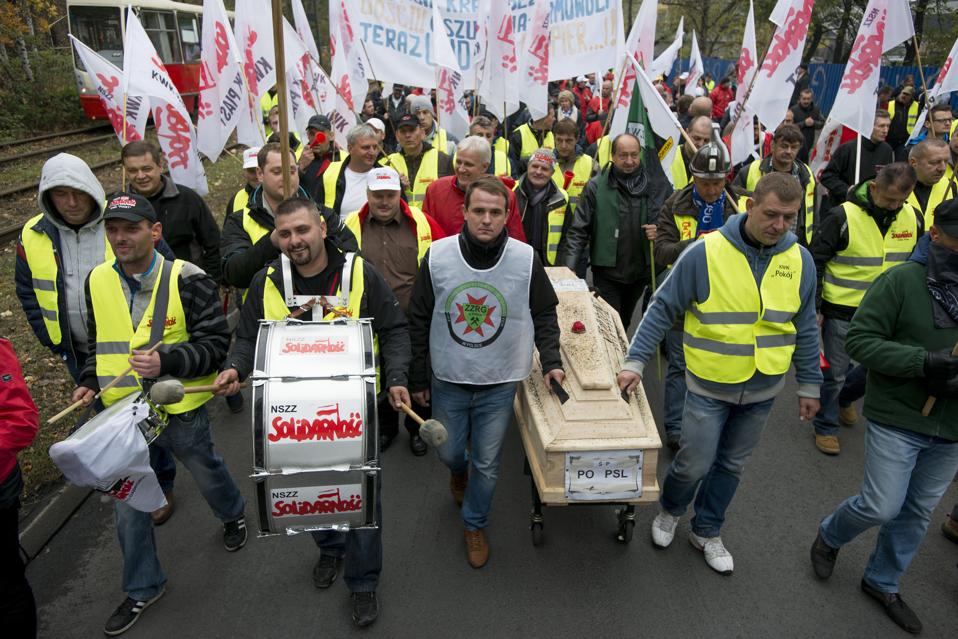 In addition, Brazil is canceling their invitation to host next year’s COP 25.  Considering the obstacles along with the location, COP24 could be considered a “Hail Mary” gathering.  Three years ago French Mathematicians spoke out prior to COP21 in Paris, and their words provide a rational briefing for COP24 beginning in Katawice this weekend. In a nutshell:

The above cartoon image of climate talks includes water rising over politicians’ feet.  But actual observations made in Fiji (presiding over talks last year in Bonn) show sea levels are stable (link below).