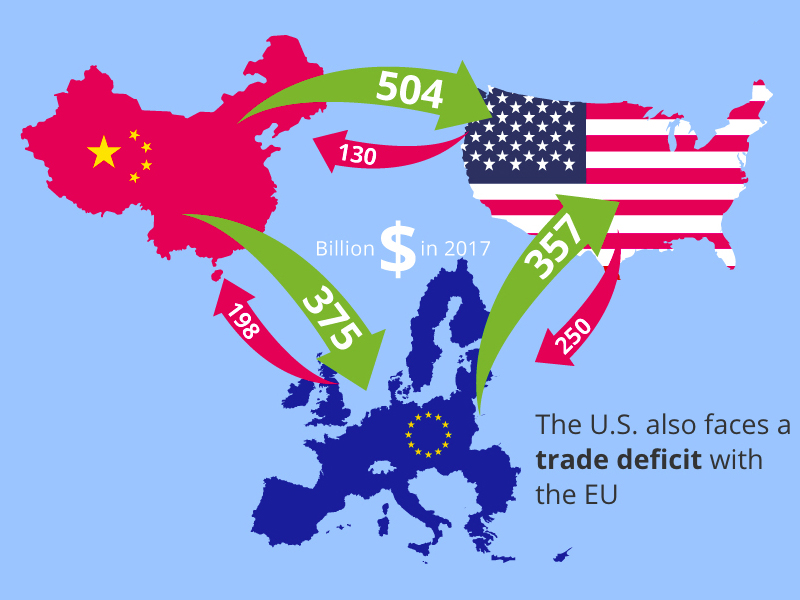 Brett Arends writes at Market Watch The media is lying to you about Trump’s China tariffs. Excerpts in italics with my bolds.

The hysteria must have a political agenda because the amount that’s being charged is peanuts.

Are you kidding me?

I’m used to partisan, inaccurate drivel from all sides these days, but the media’s coverage of President Trump’s tariffs and the so-called “trade war” takes some kind of cake.

There’s no serious doubt that some in the media would absolutely love to tank the stock market. They figure that would hurt Trump’s re-election chances in 2020. Monday’s stock market slump, which saw the Dow Jones Industrial Average DJIA, +0.48% tumble 2.4% and the Nasdaq Composite 3.4%, looked just like what the doctor ordered.

I write this, incidentally, as someone who is no fan of the president. But I remember when politics was supposed to stop at the water’s edge.

And, anyway, facts are facts. Most of what the public is being told about these tariffs is either misleading or a downright lie.

I’ve been following the coverage all weekend with my jaw on the floor. 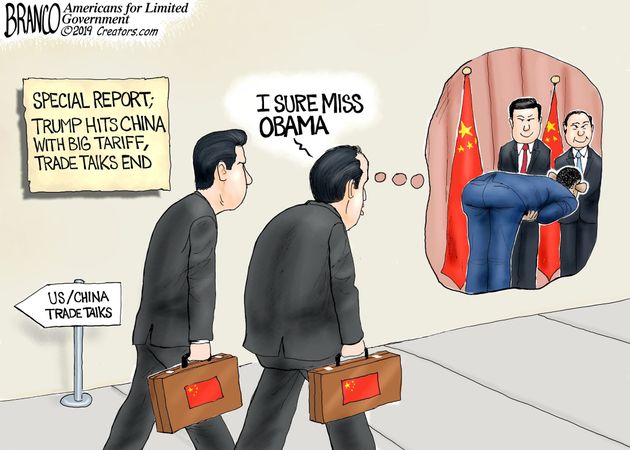 Uncle Sam benefits
Yes, tariffs are “costs.” But they do not somehow destroy our money. They do not take our hard-earned dollars and burn them in a big pile. Tariffs are simply federal taxes. That’s it. The extra costs paid by importers, and consumers, goes to Uncle Sam, to distribute as he sees fit, including, for example, on Obamacare subsidies.

It wasn’t long ago the media was complaining because Trump was cutting taxes. Now it’s complaining he’s raising them. Confused? Me too.

And the amounts involved are trivial. Chicken feed.

President Trump just hiked tariffs from 10% to 25% on about $200 billion in Chinese imports. In other words, he just raised taxes by … $30 billion a year.

The total amount we all paid in taxes last year — federal, state and local — was $5.51 trillion. This tax increase that has everyone’s panties in a twist is a rounding error.

Investors panic needlessly
Meanwhile, the total value wiped off U.S. stocks during Monday’s panic was about $700 billion. More than 20 years’ worth of the new tariffs.

Oh, and isn’t it interesting to see some people’s priorities? Apparently the most shocking part of this trivial tax hike is that it might raise the price of new Apple AAPL, +1.16% iPhones.

Last I checked, these were luxury items, right? 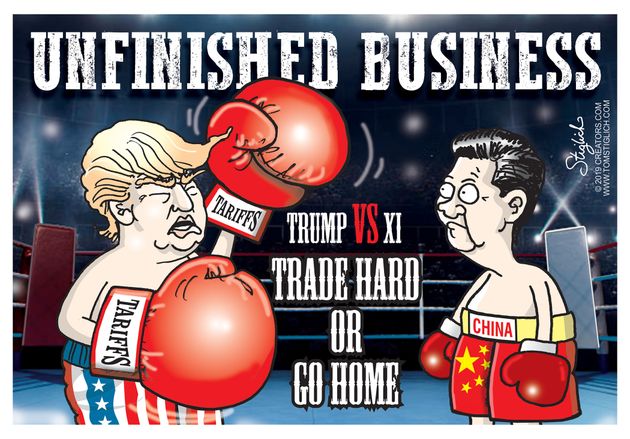 U.S. consumers gain
Meanwhile, the trade spat seems to be bringing down food prices. China is going to take less of our farm products. So wheat prices are down 20% since the start of the year. Soybeans are at 10-year lows.

No, no, of course not! Silly you. This is also bad news … for farmers!

And all this ignores the much bigger picture, anyway.

The tariffs are simply a means to an end. The president is trying to get China to start buying more of our stuff. He knows the so-called Middle Kingdom, which now has the second-biggest economy in the world, responds to incentives more than to nice words. These tariffs give China an incentive to open up.

Right now we export less to China than we do to Japan, South Korea and Singapore put together. That’s the point. So the effect of China’s new tariffs on the U.S. are yet another rounding error. Even if China banned all imports from the U.S., that would amount to only 0.6% of our gross domestic product. And we’d sell the stuff somewhere else.

Don’t buy the hysteria. President Trump is simply trying to pressure our biggest competitor to buy more American goods. That should be a good thing, even if you don’t like him.

President Trump’s tariffs on China may well take a toll on the US economy, but the price of not confronting Beijing would be higher.

The president isn’t playing protectionist here. He’s pushing a single player who needs to be confronted, a cheater and a bully. For decades, China has gotten away with theft of others’ production techniques and other intellectual property, along with technology transfers and mistreatment of US companies. Moreover, it uses its ill-gotten gains to boost its military, adding another threat.

And Beijing just backed off key concessions it had already made in months of trade talks, expecting Washington to fold.

Instead, Trump goosed fees on $200 billion in Chinese imports to 25 percent, from 10 percent. China struck back with its own new tariffs on US products, and now Team Trump is eyeing fees on another $325 billion in Chinese goods (i.e., basically the rest).

The markets didn’t like it: Beijing’s new tariffs brought a 600-point drop in the Dow. Yet the index is still up 9 percent for the year, and nearly 30 percent since Trump took office.

And the Dow isn’t the US economy, which is now robust, with 3.2 percent growth last quarter and 3.6 percent unemployment in April, the lowest in half a century. If the country can’t afford to stand up to China now, it never will.

There’s a reason the president isn’t taking heat from Democrats on this one issue, even though top economic adviser Larry Kudlow admits “both sides will suffer” in this trade war: China knows it will suffer worse.

Short-term, US consumers will pay a bit more — on goods that make up less than 2 percent of the nation’s $20.5 trillion economy. But China is at growing risk of losing access to the world’s top market, because Americans can buy from other lower-wage producers if Beijing doesn’t blink.

And China’s leadership has no remaining claim to legitimacy if it can’t keep its economy booming: President Xi Jinping needs a deal far more than the US president does.

Trump didn’t start this trade war, but he’s well positioned to win it. 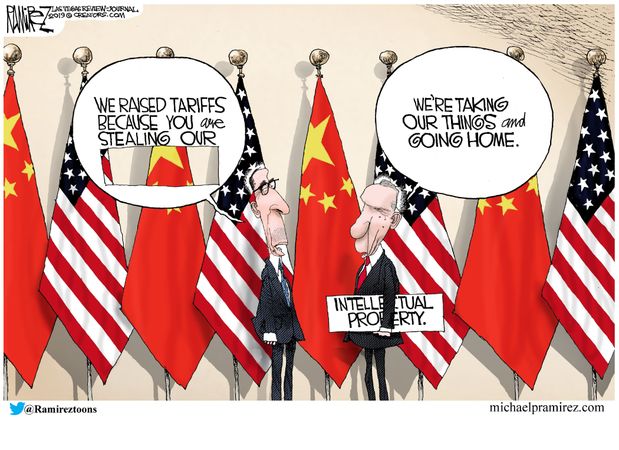