Lots of politicians in the US are grinding the climate ax, but the most cynical play of the climate card is on display in Canada. At Financial Post Gwyn Morgan describes how PM Trudeau is relying on global warming to escape electoral disaster in upcoming federal elections. His article: In choosing to mislead Canadians on climate change, the Liberals are basing their election campaign on a known lie. After describing a list of Trudeau missteps and failures widely criticized in the media, Morgan gets into the climate ploy. Excerpts intalics with my bolds.

So how does a government that can’t campaign on its record go about gaining re-election? By building its campaign around an issue where voters can see them as heroes fighting to save the planet against uncaring opponents. That issue is climate change and their weapon to fight it is carbon taxation. Winning re-election with this strategy requires convincing voters there’s a “climate emergency.” And so on April 1, the day the federal carbon tax kicked in on provinces unwilling to impose a tax that met the Liberals’ requirements, the federal Department of Environment and Climate Change released a supposedly independent report claiming “Canada is warming twice as fast as the rest of the world.”

[Note: Friends of Science deconstructed that report in post Climate Change NOT as Advertised, and Ross McKitrick dispelled the logic in Climate Hearsay ]

From now until the election, Canadians will hear Trudeau and his cabinet members blame every weather event, wet, dry, cold or warm on climate change. And the urgent need for a carbon tax to stop it. When the prime minister recently visited flood-ravaged areas in Quebec, he called the floods “the new reality of climate change.” But experts attribute the recent flooding to one of the longest, coldest, highest-snowfall winters on record. Isn’t climate change supposed to be about global warming?

Convincing Canadians of the need for carbon taxation is just the first element of the Liberals’ re-election strategy. Their most powerful — and cynical — tactic is their promise to give most taxpayers a bigger carbon-tax refund than what they will supposedly pay in carbon taxes. How is that possible? The answer is that individuals will get the refunds, while businesses bear the full cost. In other words, tax the job creators and use that money to bribe the voters.

The principal gladiators leading the Liberal carbon-tax forces are Trudeau and his eco-passionate environment minister, Catherine McKenna. The defenders opposing them in the carbon-tax coliseum are the premiers of Alberta, Saskatchewan, Manitoba, Ontario and New Brunswick, along with federal Conservative leader Andrew Scheer. Scheer will have most of the spears trained on him. McKenna recently accused him of “having no climate plan.” But unlike the Liberals, Scheer’s climate plan needs to be based on the fundamental fact that Canadians could all move to Mars tomorrow and it would have virtually zero impact on global climate change. Here’s why.

Many Canadians have been led to believe (with the help of Liberal misinformation) that oil is a sunset industry. But the consensus of authoritative forecasts sees growth in developing countries pushing world oil demand from the current 100 million barrels per day to at least 110 million by 2030. Here’s the question Canadians should be asking: If world oil demand is going up anyway, why should Canada cede the market for our most important export to Russia, Iran, Nigeria and Saudi Arabia — countries that don’t care about the environment and have horrendous human rights records? At the same time, hundreds of coal-fired power plants are under construction in China, India and Southeast Asia. (Vietnam, one of the smallest countries in that region, has new coal plants under construction that could end up producing more carbon dioxide emissions than all of Canada.)

As good little scout Canada struggles mightily to meet its commitments under the Paris climate accord, the vast majority of nations on the planet have already given up on the pact. Last year, global greenhouse gas emissions grew by an estimated 2.7 per cent. So if Canada’s economy had simply ceased to exist, our 1.6 per cent of global emissions would have been replaced in just seven months.

These are irrefutable facts. So the decision by the Trudeau Liberals to base their election campaign on the assertion that reducing our country’s relatively tiny emissions will help fight climate change can only be explained in one of two ways. First, Trudeau and his team are breathtakingly unaware of facts anyone can learn through an afternoon of Googling. Second, they choose to mislead Canadians in a desperate bid for re-election. That would mean they choose to base their election campaign on a known lie.

So what should Canada actually do about climate change? The clearest answer was recently offered by a man in hip waders, who was filling sandbags to help with the flooding in Central Canada. When he was asked by a reporter what should be done to prevent the floods, he said this: “Well, there’s all this talk about climate change, but I don’t see what Canada can do about that when China and other countries keep burning more. If that’s going to cause more floods, we’d better figure out how we can be ready for them.” 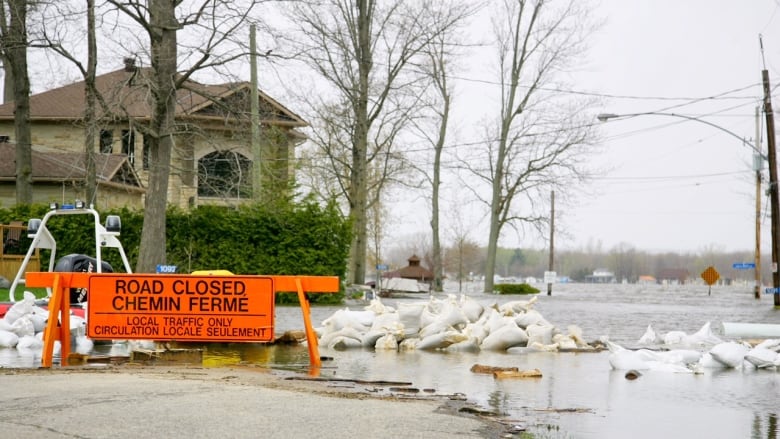 That’s the most common-sense analysis I’ve heard. Instead of throwing away billions of dollars subsidizing costly and impractical “green power” and handing taxpayer money to buyers of electric cars, let’s redirect those billions to risk mitigation and homeowner compensation. In the case of floods, dikes and dams need to be improved where practical. Homeowners in unprotected flood plains should also be offered the full replacement cost to move, as Alberta did after the floods of 2013. After all, it’s flawed government zoning that put people in the flood plain and created the problem; it’s only fair to homeowners that government make things right. Forest-fire risk can be mitigated by underbrush removal, regulatory setback distances and fire-resistant building materials.

A Conservative climate-change mitigation strategy based on the common-sense words of that flood worker would make Canadians much better prepared for climate change. And it has the added benefit of actually telling Canadians the truth about the climate-change challenge. That would be Andrew Scheer’s most important difference from Justin Trudeau.

Gwyn Morgan is the retired founding CEO of Encana Corp.

Transcript of video is at Yes PM Pokes Fun at Climatism