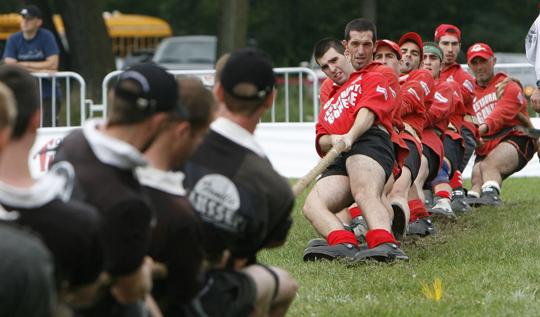 Chuck DeVore at Forbes connects the dots between three recent events suggesting that progressive warmists are increasingly opposed by workers who used to vote with them. Devore describes a divide in the US electorate, but there are comparable stresses in European countries like France, Germany, Italy, Hungary and others. His article is How Tesla, Crony Corporate Welfare, And The Green New Deal Portend A Coming Political Realignment. Excerpts in italics with my bolds.

A series of three seemingly unconnected events over five days in Ohio and California hint at a fundamental political realignment, underscoring the fragility of the American left’s coalition going into the 2020 election.

There is a growing, and likely irreparable, rift between elite progressive environmentalists who are accustomed to dominating the narrative within the Democratic Party and—to a slightly lesser extent, within the major media—and blue-collar workers, especially those in the trades that build the nation.

First, on May 29, ten Democrats in the Ohio State House joined 43 Republicans to pass House Bill 6 and send it to the Senate. HB 6, which eliminates the state’s renewable portfolio standard for electricity, was opposed by environmental groups who feared it would slow the development of wind and solar power in favor of nuclear power and even coal. Free market groups also opposed the measure for its $300 million in subsidies they labeled “corporate welfare.” When Democrats join Republicans to mount a direct challenge to the principles of the Green New Deal, it indicates that Ohio, and other key swing states, may be beyond reach to any presidential candidate touting the wholesale elimination of nuclear and coal-fired power.

Then on June 1, Rusty Hicks, head of the Los Angeles County Federation of Labor, won a seven-way election to chair the California Democratic Party with 57% of the vote in the first round of balloting against more progressive opponents. As reported in Politico, Hicks’ labor colleagues mounted a “Blue Collar Revolution” demonstration at the California Democratic Party convention in San Francisco the day of his convincing win. The goal of the convention protest was to warn party regulars that labor will walk if the Green New Deal moves forward, threatening jobs. In May, the same labor group protested Los Angeles Mayor Eric Garcetti’s version of the Green New Deal, chanting, “Garcetti’s gotta go.”

This $2 billion transfer from GM and Fiat Chrysler to Tesla amounted to about $4,000 per electric car delivered—on top of the $7,500 credit buyers of the first 200,000 Teslas could claim on their federal income tax returns. Just the $2 billion in CAFE transfer payments alone had the effect of adding almost $100 to the price of a of a Chevy Silverado or a Dodge Ram to subsidize an electric car purchase by what was, on average, a white, non-Hispanic man with no children at home making $143,177 per year. In 2017, half of U.S. households had income below $61,372.

GM is said to be in the market to buy more credits to hedge their bets should President Trump lose reelection and mileage (and emissions) credits become more valuable due to a renewed government mandate for electric vehicles. Political observers should expect that government support for Tesla and its mercurial founder, Elon Musk, will become fodder for the 2020 campaign.

The cash transfers involved in making the Green New Deal a reality run into the trillions, dwarfing Tesla’s mere billions of subsidies. Noting the looming challenge of reconciling the ambitious reordering of the economy in the name of reducing carbon dioxide emissions, Jessica Levinson, a professor who teaches politics and ethics at Loyola Law School, said, “The Green New Deal may be the darling of the Democratic Party — but it really divides the Democrats on a fault line, which is more of the elites against the working class Democrats who are concerned about losing their jobs.”

And while politicians who support the Green New Deal contend that they will spend billions to retrain workers who lose their jobs because of the newly planned economy, Levinson notes that workers in the skilled trades “don’t necessarily want to be retrained… nor is it even possible.”

This is largely the reason why America’s largest labor union, the AFL-CIO, has registered its opposition to the Green New Deal.

How the leading contenders for the Democratic nomination for president reconcile their near-unanimous support of a vastly expensive and economically disruptive environmental plan with beating President Trump in key swing states that feature a strong jobs base in manufacturing and extractive industries such as natural gas production, will be a difficult political task.