The title comes from a news event last week when President Trump reminded Prince Charles of a natural truism:  Climate change goes both ways.  A media freak out ensued, as shown by this example from Newsweek.  Excerpt in italics with my bolds.

President Donald Trump said Wednesday he believes there has been a change in the weather due to climate change, but that “it changes both ways.”

The president then explained his views on the climate. “Don’t forget, it used to be called global warming, that wasn’t working, then it was called climate change, now it’s actually called extreme weather because with extreme weather you can’t miss,” the president said.

It seemed to me that Trump is learning from his briefings with William Happer, and is finding the weak spots in the alarmist house of cards.  It also reminded me of a previous post describing the complexity of tracking climate change.  That essay is reprinted below because it reminds us that not only does climate change both ways, but also the warming and cooling can happen concurrently in some times and places. 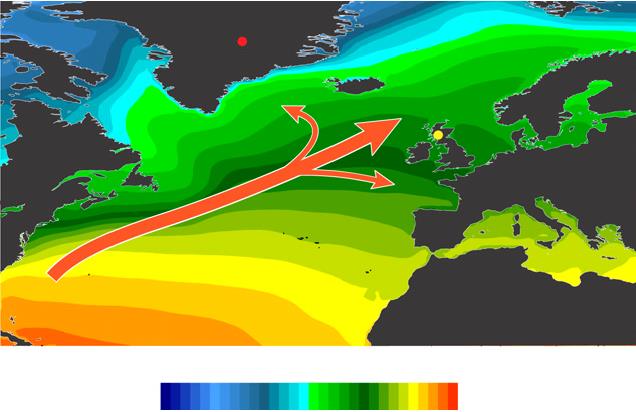 Fig. 1. Surface temperature and heat transport in the North Atlantic Ocean.  The relatively mild European climate is sustained by warm sea-surface temperatures and prevailing southwesterly airflow in the North Atlantic Ocean (NAO), with this ameliorating effect being strongest in maritime regions such as Scotland. Mean annual temperature (1979 to present) at 2 m above surface (image obtained using University of Maine Climate Reanalyzer, http://www.cci-reanalyzer.org). Locations of Rannoch Moor and the GISP2 ice core are indicated (yellow and red dots). 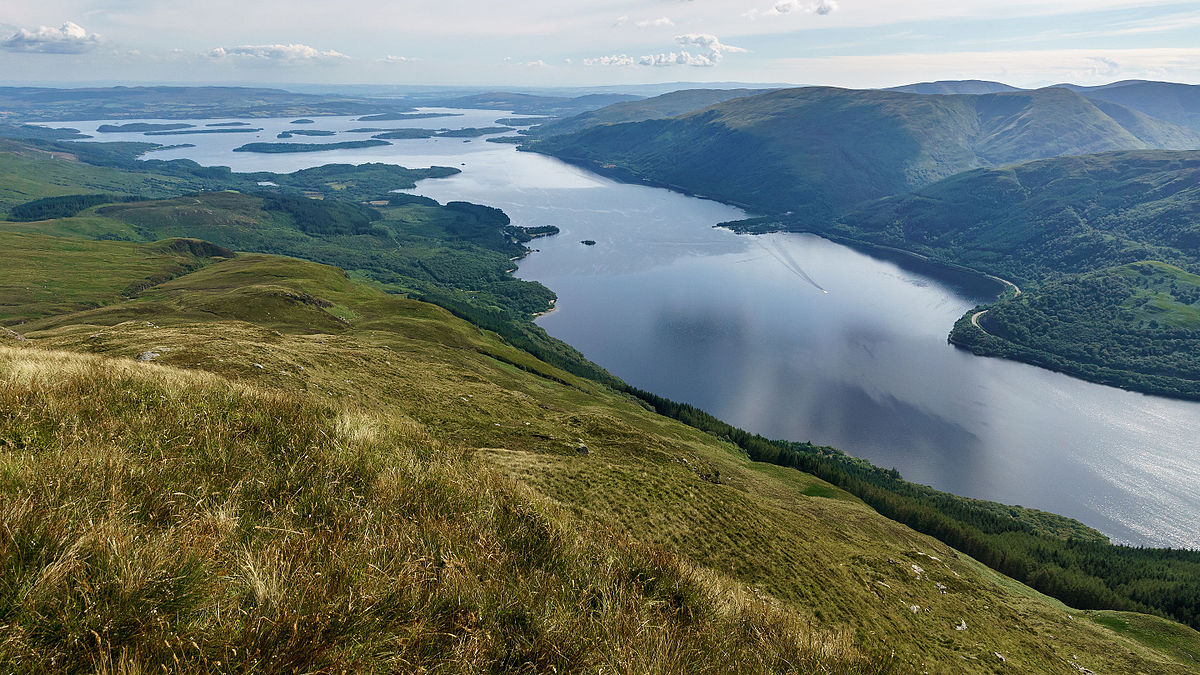 Note also that our modern warming period has been marked by the opposite pattern. Many NH temperature records show slight summer cooling along with somewhat stronger warming in winter, the net being the modest (fearful?) warming in estimates of global annual temperatures.

I’m with Trump on this one:  Climate shifts are not a matter of one-way warming, as we have been told. 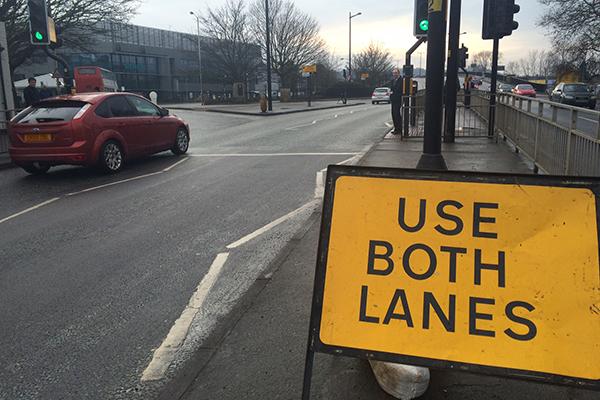