Greek mythology warned of seductive songs luring sailors to crash their ships upon the rocks.  Currently the climate sirens are singing loudly, filling the ears of captains of industries as well as ships of state.  Be forewarned of the latest example of disinformation coming again from IPCC.  Their fourth special report this  year will be a 900-page missive entitled, Special Report on the Ocean and Cryosphere in a Changing Climate, targeted for release to the general public for commentary on September 25.

CleanTechnica had a briefing and brings the message: The World’s Oceans Are Poised To Unleash “Misery On A Global Scale”  Some of the verses from this song in italics with my bolds.

The words differ slightly, but the song remains the same:

For those wanting to keep their wits about them, here is some advice from Joel Kotkin writng in New Geography Common Sense Versus Climate Hysteria.  Excerpts in italics with my bolds.

Whether it’s fires in California or Brazil, hurricanes like Dorian or your summer hot spell, it’s not just weather anymore but a sign of the impending apocalypse.

This specter of imminent demise tied to the everyday, notes one American Psychological Association study, has induced “stress, depression and anxiety” among a wide part of the population. The Congress’ leading green advocate, Rep. Alexandria Ocasio-Cortez, admits her climate concerns often wake her up at 3:30 in the morning. 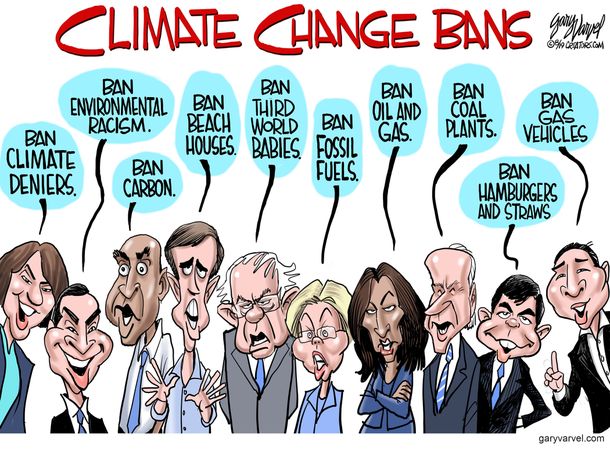 Of course, significant changes in the climate could well be afoot, but our “woke” media and its favored go-to expert class seem more prone to hysteric prophesizing than properly skeptical analysis.

After Katrina devastated New Orleans in 2005, some climatistas confidently predicted that it was harbinger of ever more powerful tropic storms, yet it was followed for 10 years by something of a “hurricane drought” that, sadly, may be at an end.

Little is said about anything that may alter the narrative, such as reports from the National Oceanic and Atmospheric Administration statistics show at most only minimal warming in the United States since 2005.

Few have heard that despite the recent fires in the Amazon, widely portrayed as part of a relentless incendiary burning tied to climate, as Mike Shellenberger notes, there’s been a 25 percent drop in fires globally since 2003; rather than burning up the forest, we have been planting more trees than harvesting them for over three decades.

And remember the California drought that Gov. Jerry Brown and his acolytes linked to climate change? That prolonged dry spell ended in a series of downpours, as it has for much of past 150 years.

The uses of apocalypse

The Catholic Church discovered millennia ago that the prospect of apocalypse provides a brilliant tool of propaganda. To people in the Middle Ages, observed historian Barbara Tuchman, “apocalypse was in the air,” the spawn of human sin. In much the same way the environmental movement links human material aspirations with impending disaster, citing manmade climate change as the singular explanation for everything from starvation, wars and crop failures to hurricanes, floods or any other unusual weather. 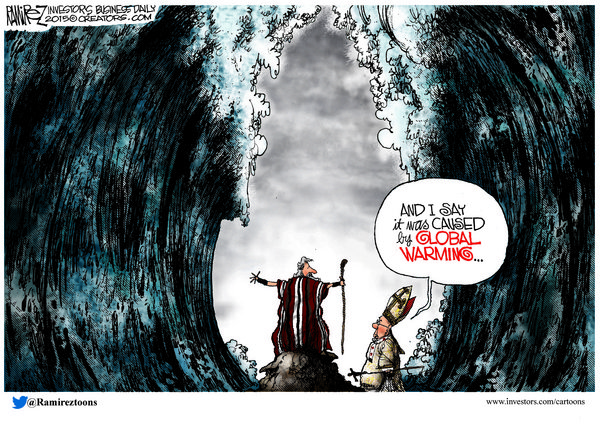 Unlike the medieval apocalypse, ours is cloaked in scientism, and is propelled to a certainty by computer models. Yet experience should engender some degree of skepticism — if history-challenged journalists knew different. One of the fundamental documents of modern environmentalism, the widely hailed 1972 Club of Rome report, predicted massive shortages of natural resources and the end of economic growth, claims generally accepted without skepticism in media, academic and political circles.

Yet energy and food subsequently became more plentiful than ever as the world has experienced the largest growth in affluence in its history.

Never called to account, greens and their allies can still follow the same mantra with predictable reliability. Upon the election of President Barack Obama in 2009, NASA’s James Hansen, one of the icons of the climate change movement, announced that the new chief executive had a bare “four years to save the Earth.” A year earlier ABC in 2008 claimed that Manhattan would be “under water” by 2015. None of these predictions, at least so far, have come true. 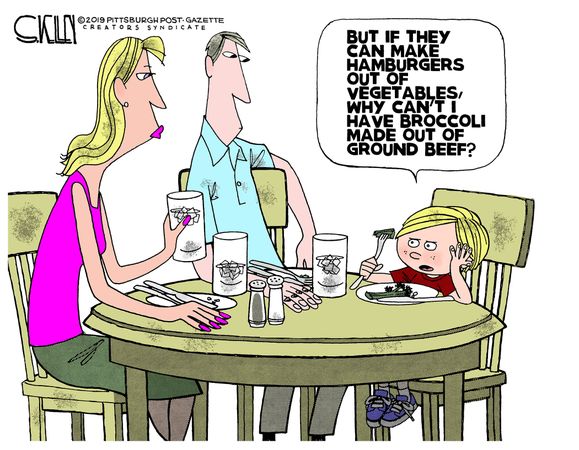 The reinforced specter of imminent destruction increasingly drives the demand for ever more extreme policy choices. Climate researchers at Sweden’s Lund University and Oregon State University have proposed taxes on people who have children for their “carbon legacy,” even at a time of plummeting birthrates.

Part of the problem may stem from the complexity of the issue. The UN’s Intergovernmental Panel on Climate Change itself has suggested that climate prediction is difficult, if not impossible. Most of their projections are far less hysterical than those embraced by the media, which generally report only the most extreme predictions.

But the notion of an impending crisis is useful if you want to lobby for greater control of everyday life.

As one of the architects of the Green New Deal recently said, “Do you guys think of [the GND] as a climate thing? Because we really think of it as a how-do-you-change-the-entire-economy thing.” This proposal, echoed those recently offered by Bernie Sanders, would destroy jobs in many industries, such as aerospace and fossil-fuel energy, and force governments to compensate displaced workers.

Common sense is really what we need. No amount of virtue-signaling by governments, celebrities, royalty or the media can make up for the fact that virtually all growth in greenhouse gases comes not from the West but from China, easily the world’s champion emitter, India and a host of poorer countries. Driving a Tesla or Prius is not going to change much, and many green-backed policies, such as in Germany and California , have done little, if anything, for the climate, but have succeeded in hurting middle- and working-class people far more than the affluent.

Given these realities, the logical course is to focus an intelligent economically sensible transition to a lower-carbon economy while pushing for resiliency measures to deal with the possible results of higher GHG emissions. Rather than seek to turn people into insect eaters and permanent apartment dwellers, perhaps we should push for measures in the new infrastructure bill before Congress to bolster coastal defenses, underground power lines, improve dams and water systems.

The future belongs not to the most self-righteous but the most adaptable.

This is gradually taking root in the policy discussion. After years of opposition, some environmentalists now accept that poorly managed forests in states like California must be trimmed to forestall massive firestorms. Others propose more expenditure on coastal walls, dispersed power systems, desalination plants and better storage of water.

The Netherlands provides a compelling role model here. After experiencing a massive flood in the 16th century, the Dutch embarked on a successful and extensive expansion of coastal berms to prevent future floods and bolstered their economy ever since. In contrast places that failed to address climate-related risks led to the decline of numerous cities in ancient Mesoamerica, the Indus Valley, Cambodia and, more recently, New Orleans. 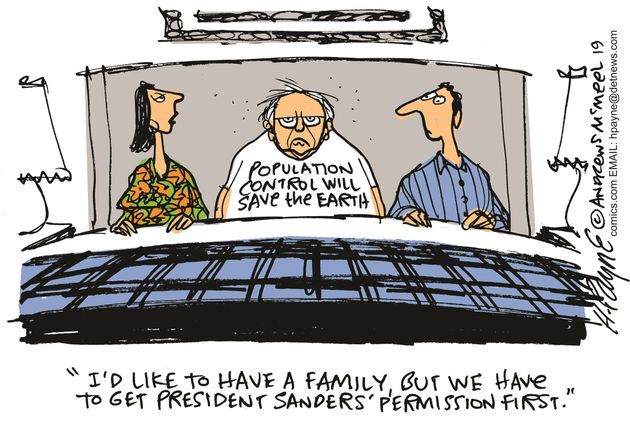 Ultimately, the climate issue can be best addressed not by fueling anxiety but by adopting a practical and economically feasible approach. Quasi-religious hysteria may provide meaning for activists, but given the global nature of the problem, we need to address it not with panic but reason, and careful consideration about consequences, something in all too short supply today.

Joel Kotkin is the R.C. Hobbs Presidential Fellow in Urban Futures at Chapman University in Orange and executive director of the Houston-based Center for Opportunity Urbanism (www.opportunityurbanism.org) 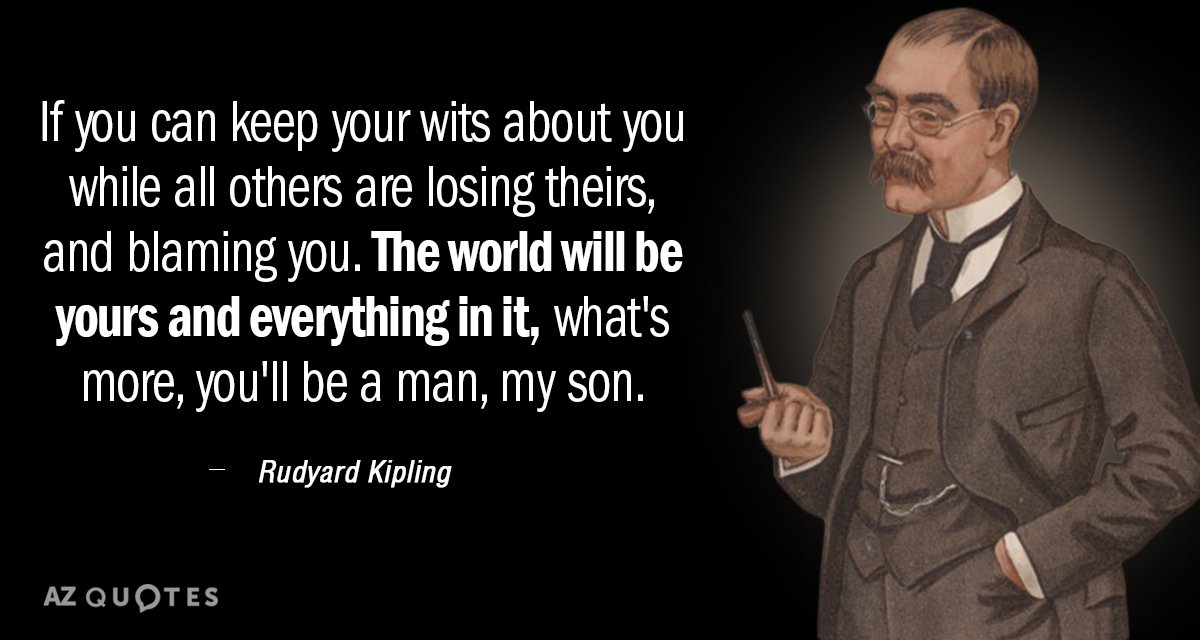