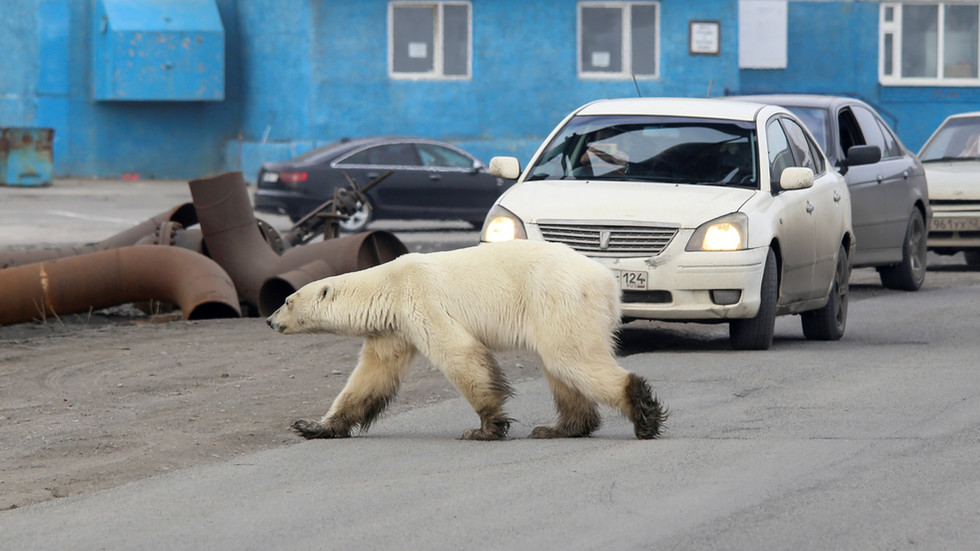 Helen Buyniski writes an op ed at Russia Today The REAL inconvenient truth: Polar bears thriving in spite of climate change, but saying this gets scientists fired.  Others have covered this disgraceful episode, but the article provides some important details and European perspective. Excerpts in italics with my bolds.

Polar bears have become the poster child for climate change, their population supposedly devastated by shrinking ice cover. But when one zoologist disproved the myth, she came under the inquisition of the climate church.

Zoologist and polar bear expert Susan Crockford was shunned by the academy for her insistence that despite the polar bear’s status as a climate change icon, the warming planet had actually caused the species to thrive. She did not deny climate change – merely the idea that it was harming the bears.

After losing her contract as an adjunct professor at Canada’s University of Victoria, where she worked for 15 years, she has been vindicated by a report from northern Canada confirming her theory that polar bears are climate change’s beneficiaries, rather than its victims.

Footage of an emaciated polar bear, captioned “this is what climate change looks like,” yanked at the world’s heartstrings when it was posted on National Geographic in 2017. Eight months later, the publication changed the caption to “this is what starvation looks like,” admitting there was no way to tell why the bear was starving. But it wasn’t the first sick bear to be pressed into service for the environmentalist cause, and it won’t be the last. Climate change’s PR team may have made an unfortunate choice in elevating the polar bear to icon status. 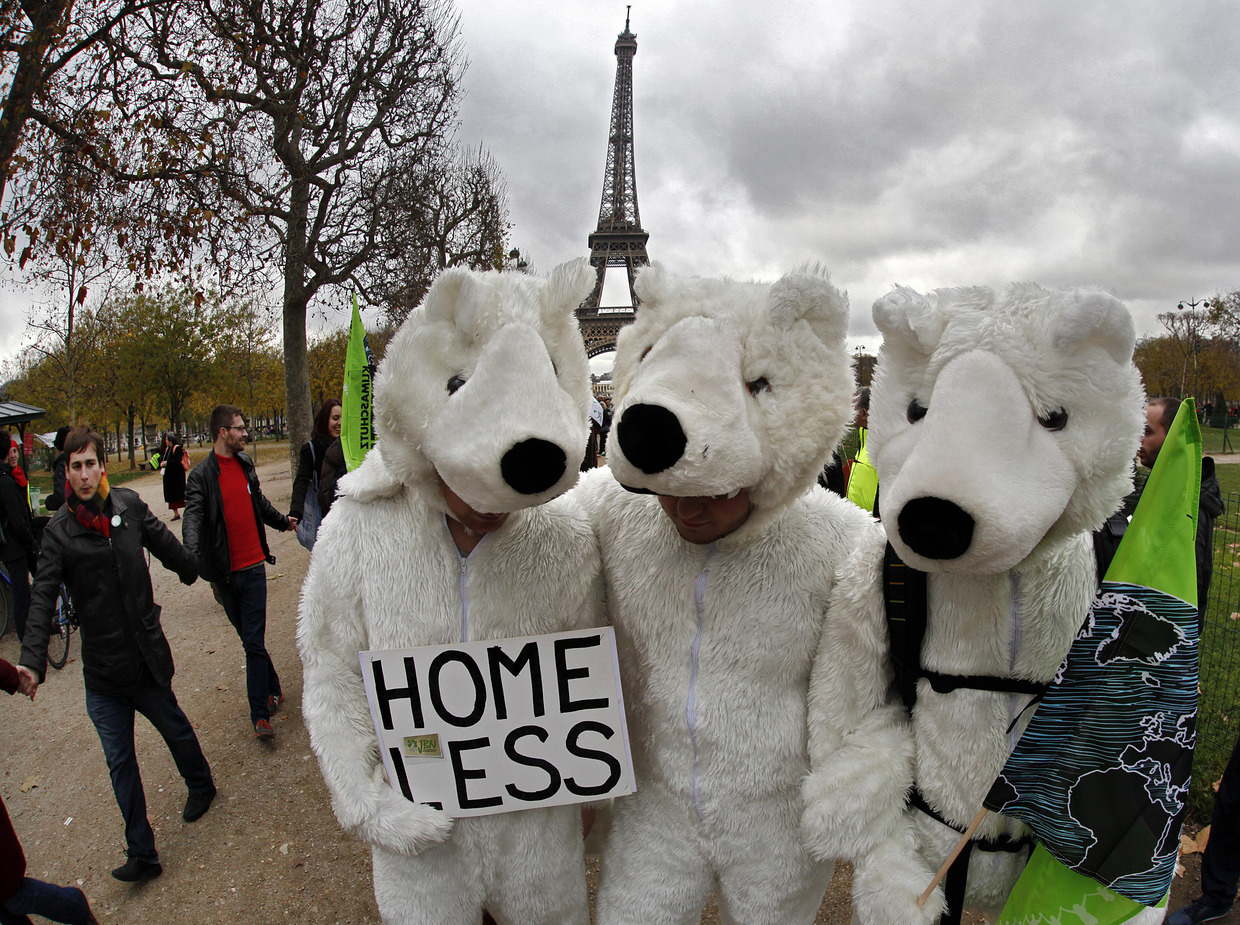 The Inuit groups who actually live with the bears in northern Canada seem to agree with Crockford’s claim that bear populations are increasing, as documented in a court affidavit by the director of wildlife management for the Nunavik Marine Region Wildlife Board. Faced with cuts to their bear-hunting quota by an environment ministry concerned with population numbers, Nunavut residents have seen an “increase in the polar bear population and a particularly notable increase since the 1980s,” the director attested.

Nor are the (plentiful) bears suffering or sickly: “Nunavik Inuit report that it is rare to see a skinny bear and most bears are observed to be healthy,” the affidavit continued. Locals are, however, reportedly concerned about outside perception of declining polar bear numbers, fueled by groups like the World Wildlife Federation (WWF), which explicitly described the bears as the “poster child for the impacts of climate change on species.”

Crockford has been saying for years that bear populations are either growing or stable – even though they may go down in some habitats, they increase in others. She does say starvation is the most common cause of death for adult bears, but there are many factors that could lead them to the state captured by National Geographic – from too many bears, straining food supplies and leaving slower hunters out-competed; to broken jaws, other injuries, and disease.

But as ice cover decreases, she claims, polar bears thrive. The ringed seals that are one of their primary food sources multiply in the warmer water, and polar bear populations have been steady or on the rise since 2005, all predictions of doom aside.

Polar bear populations hit record highs in 2018, Crockford revealed in last year’s State of the Polar Bear report, whose publication by the climate skeptic Global Warming Policy Foundation was sparsely noted outside fellow-traveler sites like Climate Depot. Despite sea ice depletion to levels not expected until 2050, which was supposed to decimate two thirds of the bear population, the animals are thriving.

In fact, they’re thriving too much, according to the humans who have to live with them. The Nunavut government sounded the alarm last year: “Inuit believe there are now so many bears that public safety has become a major concern… the polar bear may have exceeded the coexistence threshold.” Two locals were killed in bear attacks in the region. Nor is Canada the only habitat affected – in 2017, they laid siege to the Siberian town of Ryrkaypiy, invading human homes and terrifying the locals.

Even the WWF has softened its predictions of a polar bear apocalypse, admitting that only one of the 19 bear populations are in decline as of 2017 while two are increasing and seven are stable. Yet the International Union for Conservation of Nature insists the numbers will plummet 30 percent by 2050, linking population decline with dwindling sea ice.

Crockford’s view – even though it’s based on years of research and previous studies – is considered heretical and scorned by climate doomsayers, for whom no deviation from orthodoxy is permitted, even when the facts do not match the propaganda.

The University of Victoria declined to renew her contract in May this year after 15 years of employment despite having promoted her work in the past. The school’s speakers’ bureau, which had sent her out for ten years to give lectures to schools and adult groups, dropped her like a hot potato in May 2017 after a vague outside complaint about her “lack of balance” allegedly triggered a kafkaesque cascade of deplatforming culminating in her removal. The school did not deny the reason she was let go was because of her heretical polar bear science, but would not confirm it either.

Misrepresenting thriving wildlife populations as a harbinger of their doom is nothing new for nature photographers and documentarians – David Attenborough’s depiction of suicidal walruses plummeting from cliffs “because of climate change” was recently exposed as less than the whole truth.

Walruses ‘hauled out’ on land are spooked easily and will plummet from cliffs in their rush to return to the safety of the water. These stampedes can be triggered by polar bears, who do so deliberately in order to feast on the dead walruses left trampled or smashed at the cliff bottom, or by overhead planes (or the drones used for documentary filming).

One of the most notorious examples of phony wildlife tragedy gave rise to the myth of suicidal, cliff-jumping lemmings. A 1958 Disney nature documentary captured the little creatures marching off a precipice, seemingly to their doom, teaching viewers a valuable lesson about blindly following a leader, but that scene was staged by the filmmakers for the sake of added drama.

Climate change proponents may not be staging mass animal suicide to convince the public, but their effort to torpedo the career of a scientist for reasons unrelated to the integrity of her research is equally unprofessional. The climate change debate must be had in good faith by scientific professionals on all sides, with participants free to voice their research-based dissent with prevailing orthodoxy, or it is not science but doctrine. 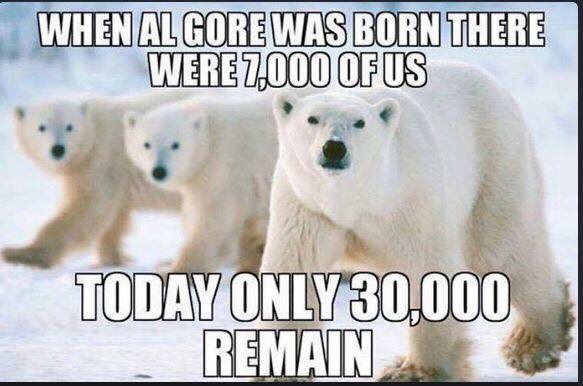