At Real Clear Energy is a good reflection on the collapsed climate legal crusade by three NYAGs Exxon and Evidence 101 by John S. Baker, Jr. Excerpts in italics with my bolds.

In the court of (elite) public opinion, ExxonMobil had already been found guilty. For three years prior to trial, the Attorney General’s office claimed that ExxonMobil was clearly engaged in fraud. The whole point of the “#Exxon Knew” media campaign was to convince the public that the fraud was unquestionable. The fraud claim was that, for decades, Exxon had knowingly and willingly mislead the public and that investors had relied on the allegedly false information.

Then, at trial, reality set in. After weeks of evidence, the States’ attorney suddenly and without explanation conceded during his closing argument –but only when pressed by the judge—that he had to drop the fraud claims. So, after screaming “fraud” for four years, the Attorney General’s office could produce absolutely no evidence of fraud.

That left two charges which were much less serious– but should have been much easier to prove — under the Martin Act. The two remaining charges did not require proof of any intentional act by ExxonMobil. Nevertheless, the State was unable to muster even this minimum level of proof.

Judge Ostrager wrote that regardless of ExxonMobil’s role with respect to climate change, this was a securities case– not a climate-change case. Indeed, the State’s attorney had insisted this was a securities case. The judge wrote that “the Attorney General failed to prove, a preponderance of the evidence, that ExxonMobil made any material misstatements or omissions about its practices and procedures that misled any reasonable investor.”

The judge continued, saying that “the Attorney General produced no testimony either from any investor who claimed to have been misled by any disclosure, even though the Office of the Attorney General had previously represented it would call such individuals as trial witnesses.”

Of course, environmentalist groups are slamming the decision. They seem to think that because they disagree with a corporation’s policies and practices that their corporate opponents are evil and must be branded as criminals.

These critics include lawyers, at least some seem to think that the purity of their purpose justifies a finding of fraud against ExxonMobil despite the lack of evidence.

This verdict represents a devastating defeat for New York Attorney General James, as well as for the “#Exxon Knew” campaign. That media campaign may have energized Democratic officials; but in the courtroom, slogans cannot substitute for facts and the law.

Nevertheless, trial lawyers in the Massachusetts Attorney General’s office are likely taking a hard look at their evidence and the judge assigned to the case. They undoubtedly appreciate support from the environmental movement, but they surely also want to avoid the extreme embarrassment of a second devastating loss to ExxonMobil.

Misguided idealism, environmental or otherwise, can become impatient with the basic principles of the rule of law. When that impatience is teamed with incompetent and/or ruthless litigators, the courts can become a forum for tyranny. Thankfully, “old fashioned” trial judges still look at whether or not the evidence presented supports the charge filed.

Footnote:  Today’s social discourse is poisoned by people believing that accusations are proof without any need for evidence. The media is rife with empty climate claims, while Kavenaugh and now Trump have been smeared with rumors, hearsay and innuendo.  Substituting feelings for facts is not the path to find the truth. 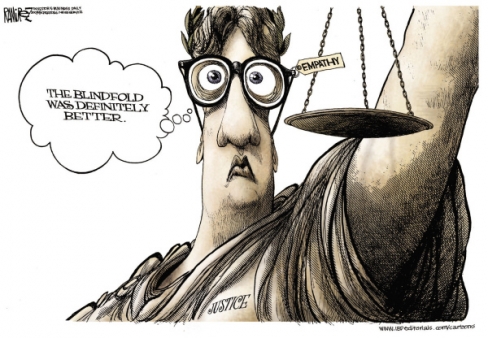