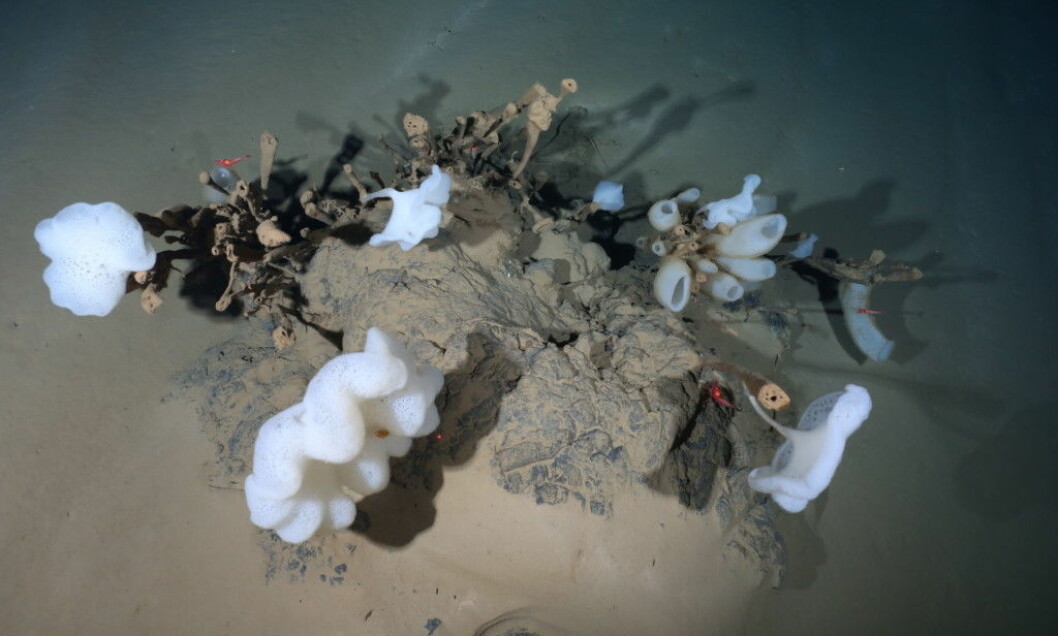 In some places, life manages to get a toehold in an otherwise barren landscape. (Photo: AWI, OFOBS team)

This is a great science story, untainted by activist agendas or grandstanding.  An article at ScienceNorway describes Here’s what it looks like 4000 meters below the Arctic ice.  Excerpts in italics with my bolds.

Far below the Arctic ice lies a special area with volcanic activity. What lives down there? Scientists have gone on a journey to find out.

Hydrothermal vents were first discovered in 1979. They look like pipes sticking out of the seabed and emit warm “smoke”, which is actually hot fluid loaded with minerals.

In the Atlantic and Pacific, many of these vents, also called chimneys, are surrounded by unique ecosystems with clams, blind shrimp, beard worms and extremophile bacteria.

Life there does not get its energy from the sun, but from the interior of the earth.

Microorganisms use reduced compounds from the vents as an energy source to make organic matter, just as plants and algae use photons from the sun. Larger animals live in symbiosis with these microbes.

However, no one has previously looked at the fauna in this type of area in the Arctic.

What lives in these cold, deep waters, 4,000 metres below the ice?

“We wanted to see if this ecosystem had developed in isolation — whether it is very different from other places with hydrothermal vents, or whether the fields are interconnected,” says Eva Ramirez-Llodra.

“It was hard to plan the days, because you work at the mercy of the ice,” says Ramirez-Llodra.

Arctic sea ice is not quiet. It breaks up, freezes, and varies in thickness. That made it difficult to get to the right place. The researchers towed a camera after the boat to film the seabed.

On October 3, they finally got a good position over what they believed was the field. Everyone’s eyes were fixed on the screens in the control room and the tension was high. 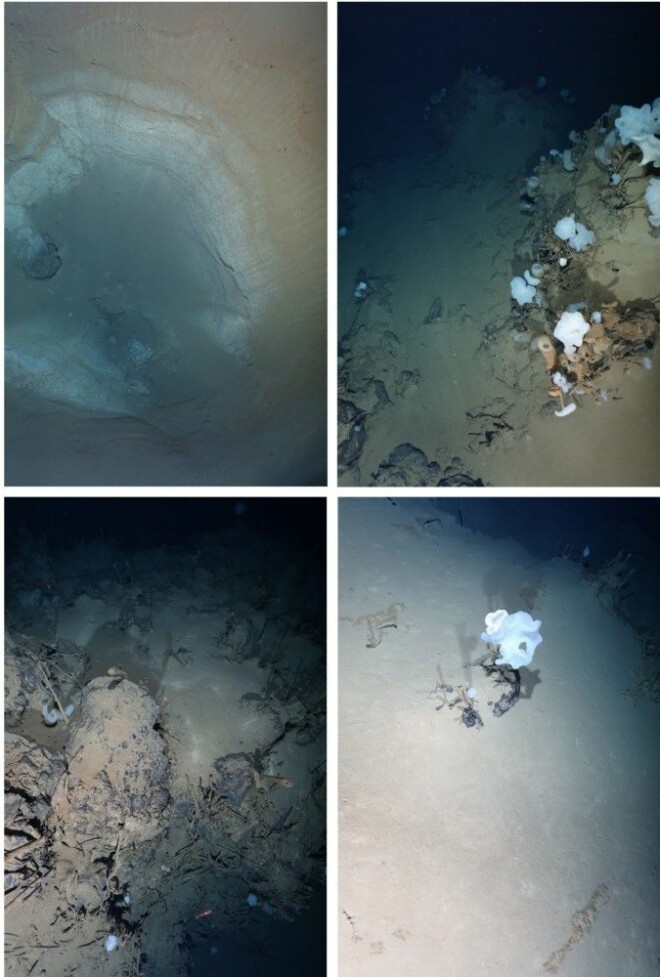 It was a huge hydrothermal vent, a black smoker, and later the researchers found two others.

“We could see that we were approaching the vents, because the sediments became coarser, and there were more stones and colours on the sea floor,” Ramirez-Llodra says.

One encounter was a little close. The researchers pulled the camera up over a mound, and suddenly they saw black smoke billowing out of a gaping, underwater crater.

“It’s not actually smoke, but very hot liquid at about 350 degrees C. The camera ran right into it. It went so fast that we couldn’t stop it. Everything went black and we were scared that we had burned everything up,” she says. “Fortunately, we got the picture back after a few minutes. We could continue. This was our first close encounter with a black smoker.”

Scientists saw fields that shone like gold on the otherwise colourless bottom around the chimneys.

The material the researchers saw wasn’t gold but sulphite that is deposited by the black “smoke”, Ramirez-Llodra says, although there are also traces of gold and silver in the fluid that gushes from the vent. Around the vents were clusters of white organisms that glistened as they reflected the light from the camera.

The area around the Aurora field was covered by a thick layer of fine-grained sediments. Where the ground was solid enough for something to stick, there were white, spooky sponges. There were shrimp frolicking in the depths, and sea cucumbers and anemones. The occasional fish also swam around.

But the bulk of the organisms in the depths were glass sponges. They are relatively rare, can grow up to a metre wide, and some of them can live for several centuries, according to an article about the trip written by National Geographic. The sponges are largely made up of silica, and only a little of their mass is organic matter. They can be said to barely be alive. 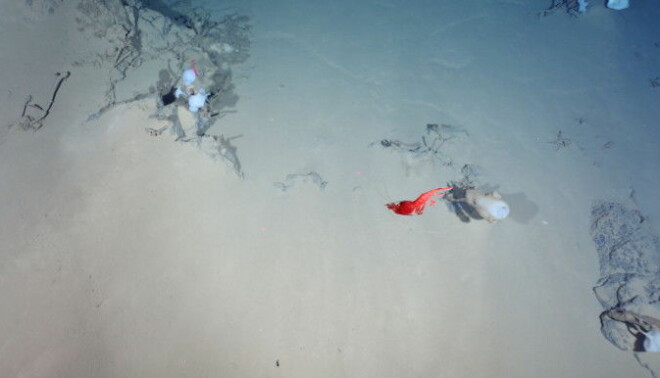 Glass sponges and shrimp do not depend on the vents but thrive in the cold depths. Researchers aren’t yet certain exactly which species these are. (Photo: AWI, OFOBS team)

The researchers did not find the diversity of life that has been discovered around hydrothermal vents in other ocean areas.

“There wasn’t much life down there,” says Ramirez-Llodra. “But we’re not exactly sure why yet.”

Hydrothermal vents in the Atlantic and Pacific contain colourful communities of beard worms, clams and crabs that have adapted to the special environment around the vents.

“Most of these have a symbiotic relationship with bacteria and microorganisms that live by chemosynthesis. The bacteria can be inside their bodies or in special organs,” says Ramirez-Llodra.

“Some organisms don’t even have a mouth or digestive system, but only live from what the microbes inside their body produce.”

Ramirez-Llodra says the researchers don’t know yet if there is a similar relationship between organisms around the vents in the Aurora field.

Additional studies of the videos and samples the researchers took will reveal more about the previously unknown environment on the Gakkel Ridge.

Ramirez-Llodra says they will embark on a new expedition later, to take samples even closer to the vents.

Postscript:  How refreshing to know about scientists following their curiosity to discover something new about life and the universe.  It encourages one about the future in spite of all the crazy talk of climate “crises” or “emergencies”.  Best wishes and hopes for an unalarming 2020!