The pandemic experience shows us how greatly a real emergency differs from an imaginary one.  Rupert Darwall’s article at The Hill is The coronavirus pandemic versus the climate change emergency.  Excerpts in italics with my bold and images.

Today’s coronavirus pandemic puts into some perspective the climate emergency, which has been running for nigh on 32 years. The climate emergency was first announced in June 1988. “Humanity is conducting an unintended, uncontrolled, globally pervasive experiment whose ultimate consequences could be second only to a global nuclear war,” the Toronto climate conference declared that month.

One way of assessing the reliability of a body of science with major policy implications is whether the experts in the field are prone to over-predicting the severity of the problem. Take smoking: In 1953, Richard Doll, one of the pioneer epidemiologists in discovering the link between tobacco smoking and lung cancer, predicted that, in 1973, the number of deaths from lung cancer in Britain would be as high as 25,000. The actual number was 26,000. Doll’s prediction passed a hard test.

More recently, Myles Allen, an Intergovernmental Panel on Climate Change (IPCC) lead author, admitted that climate computer models are running too hot compared to the actual climate. “We haven’t seen that rapid acceleration in warming after 2000 that we see in the models,” Allen told the London Times in September 2017.

The coronavirus pandemic shows what a genuine crisis looks like. No one has to catastrophize it; the facts speak for themselves. Inducing fear and panic is counter-productive.

Global warming is different. For more than three decades, climate change has been the catastrophe that’s always just over the horizon. It moves with glacial speed; there is plenty of time to prepare for it. Humans – the most adaptive species on the planet – have been adapting to a changing climate ever since they first wore animal skins for warmth. The idea that the generation born since 1988 has experienced anything approaching a global nuclear war is preposterous. Even last year’s destructive Australian wildfires were fueled by green policies that prevented controlled fires.

One thing hasn’t changed and won’t change: Catastrophizing climate change for political ends. At one of the secretive meetings in 1987, limited to only 25 key participants that led to the formation of the IPCC, it was recognized that climate change had to be catastrophized to persuade politicians that they should embark on damaging emissions cuts. Earlier this month, United Nations Secretary-General António Guterres complained about the attention being given to COVID-19: “Whilst the disease is expected to be temporary, climate change has been a phenomenon for many years, and will remain with us for decades and require constant action.”

Congressional Democrats’ failure to hold coronavirus relief legislation hostage in exchange for the Green New Deal shows poor judgment. It’s hard to escape the conclusion that the inability to distinguish between a genuine crisis and an imagined one in the midst of the worst pandemic in a century is a manifestation of a collective psychological disorder.

Two lessons can be drawn. The first is the importance of governments and responsible international bodies focusing on genuine threats that can rapidly overwhelm our capacity to handle them. Something has gone very wrong when the World Health Organization, the lead institution coordinating the response to global pandemics, climbed on the climate bandwagon and called the Paris Agreement “potentially the strongest health agreement of this century” and listed climate change as the No. 1 threat to global health.

The second is resilience. Richer societies are better able to handle a pandemic than poorer ones. After the 2003 SARS outbreak, Singapore invested in a purpose-built National Centre for Infectious Diseases. Of larger economies, South Korea’s response has, so far, been the most successful; like Singapore, it can afford preparedness because it has a strong economy, reflected in its soaring greenhouse gas emissions.

Since 1992, Korea’s carbon dioxide emissions have more than doubled and it is planning to grow them under the Paris Agreement.

Unlike House Speaker Nancy Pelosi (D-Calif.) and her colleagues, South Korea has no intention of sacrificing its economy on the altar of climate change. Nor should America. 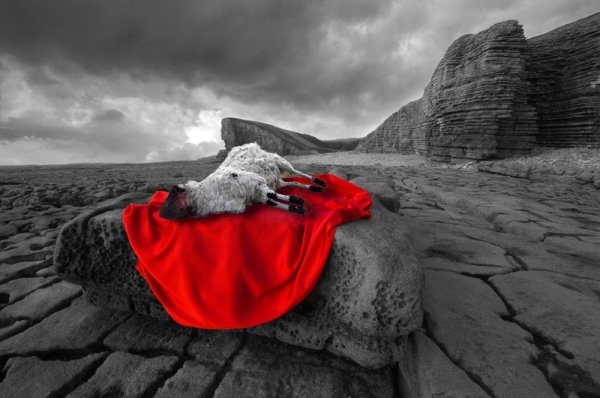 Rupert Darwall is a senior fellow at RealClear Foundation, a nonprofit affiliate of RealClear Media Group that reports and analyzes public policy and civic issues. He is the author of “Green Tyranny: Exposing the Totalitarian Roots of the Climate Industrial Complex” (2017) and “The Age of Global Warming: A History” (2013). A strategy consultant and policy analyst, he was a special adviser to the United Kingdom’s chancellor of the exchequer under Prime Minister John Major.

Footnote:  The recent solar eclipse provided another example that scientific predictions coming to pass prove astronomers’ knowledge of the solar system, while climatists’ failed predictions prove their lack of knowledge.  See: Astronomy is Science. Climatology Not.

On the perversion of medical science by the dash for climate cash, see: Climate Medicine 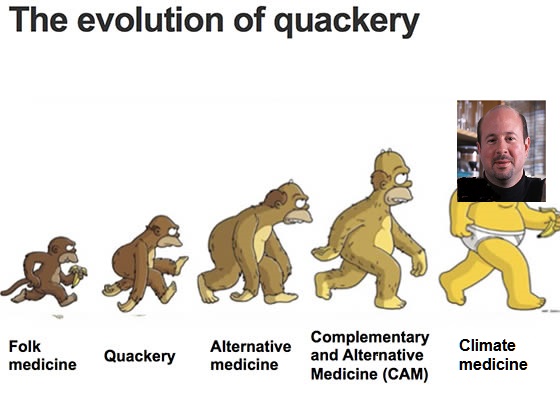