Your weather channel is airing charts like this to show how active is this year’s storm season impacting the Caribbean and US east coast.  So far, there have been many more named storms, two more hurricanes than average, and one less major hurricane at this point in the season.  Dr. Ryan Maue provides (here) a global context for understanding storm activity this year, updated October 11, 2020.

So globally, the ACE (Accumulated Cyclone Energy) is 2/3 of the average 1981-2010 at this point in the season.  ACE compiles the storm strengths as well the the number of storms.  Clearly the North Atlantic is 143% of average, but slightly behind 2019.  This indicates that many of the named storms were not that strong.

Meanwhile the Northern Hemisphere is running 69% of average and well behind last year.  This is due to North Pacific having a quiet season offsetting North Atlantic activity.  See the graph below from RealClimateScience 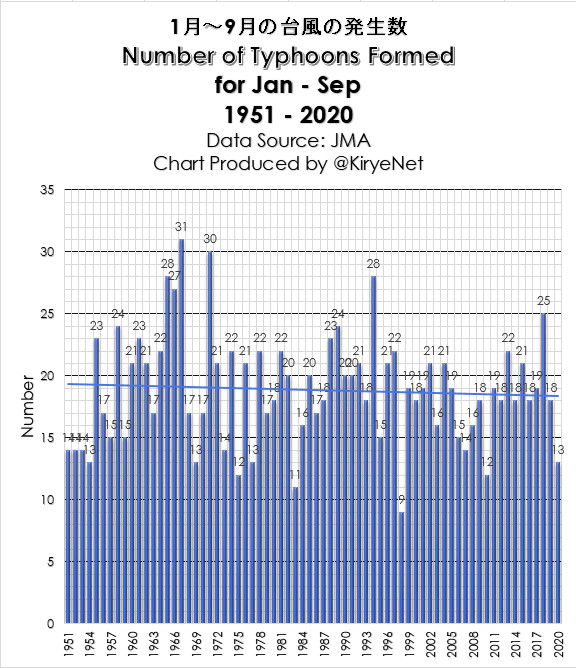 The historical summary of Tropical Hurricane ACE as of September 30, 2020:

The hiatus of storms lasted a decade after 2006 (Thanks Global Warming).  Now seasons are more active (Your fault Global Warming), though somewhat less than previous peaks.   Maybe it’s Mother Nature after all.