Yes, with hindsight you can blame Texas for not winter weather proofing fossil fuel supplies as places do in more northern latitudes.  But it was over-reliance on wind power that caused the problem and made it intractable.  John Peterson explains in his TalkMarkets article How Wind Power Caused The Great Texas Blackout Of 2021.  Excerpts in italics with my bolds. 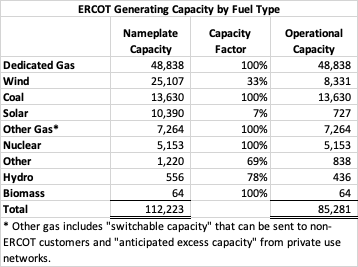 Since power producers frequently take gas-fired plants offline for scheduled maintenance in February and March when power demand is typically low, ERCOT’s systemwide generating capacity was less than 85 GW and its total power load was 59.6 GW at 9:00 am on Valentines Day. By 8:00 pm, power demand has surged to 68 GW (14%). Then hell froze over. Over the next 24 hours, statewide power production collapsed to 43.5 GW (36%) and millions of households were plunged into darkness in freezing weather conditions. 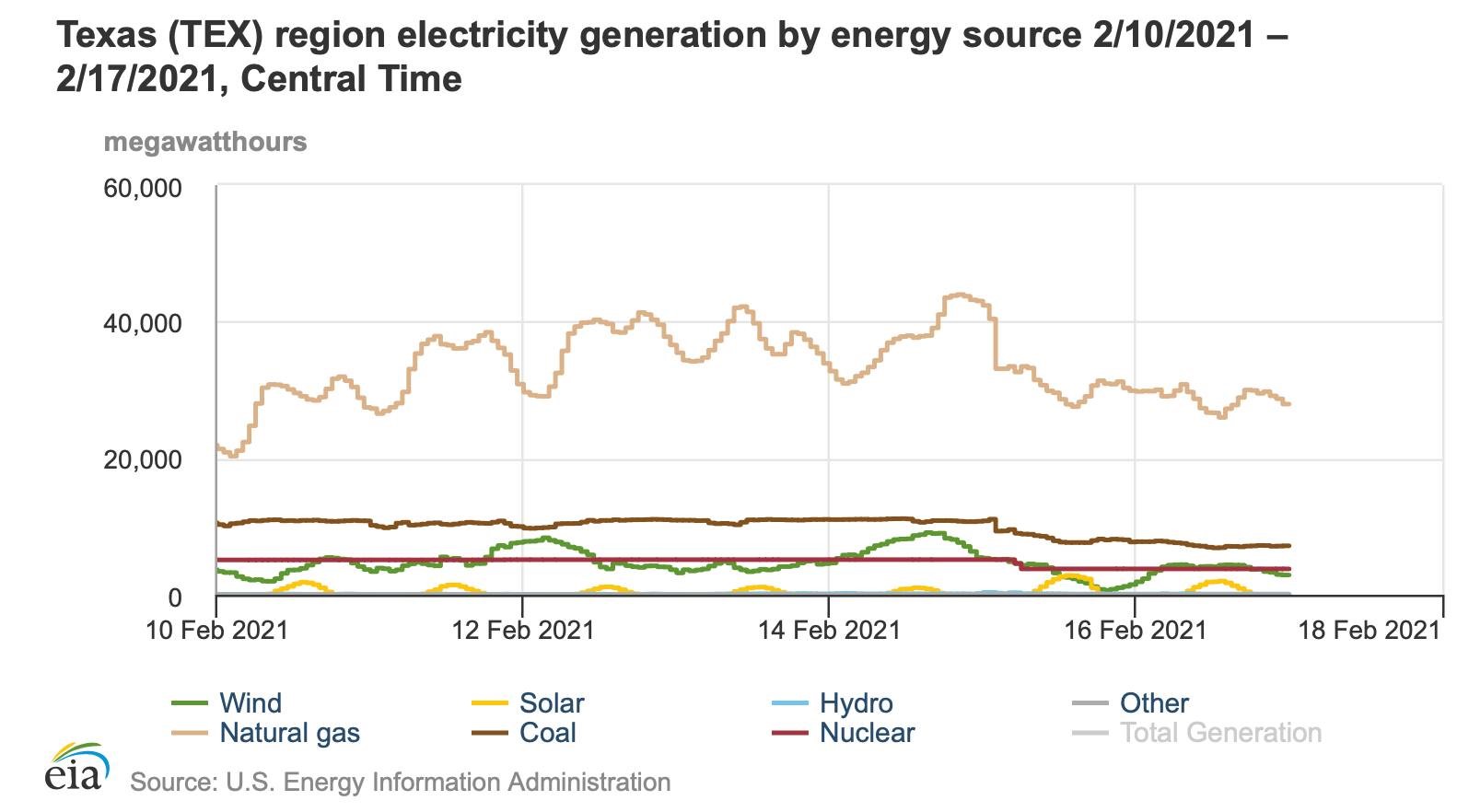 The following table summarizes the capacity losses of each class of generating assets.

The Great Texas Blackout of 2021 was a classic domino-effect chain reaction where unreliable wind power experienced a 40% failure before gas-fired power plants began to buckle under the strain of an unprecedented winter storm. There were plenty of failures by the time the dust settled, but ERCOT’s reckless reliance on unreliable wind power set up the chain of dominoes that brought untold suffering and death to Texas residents. 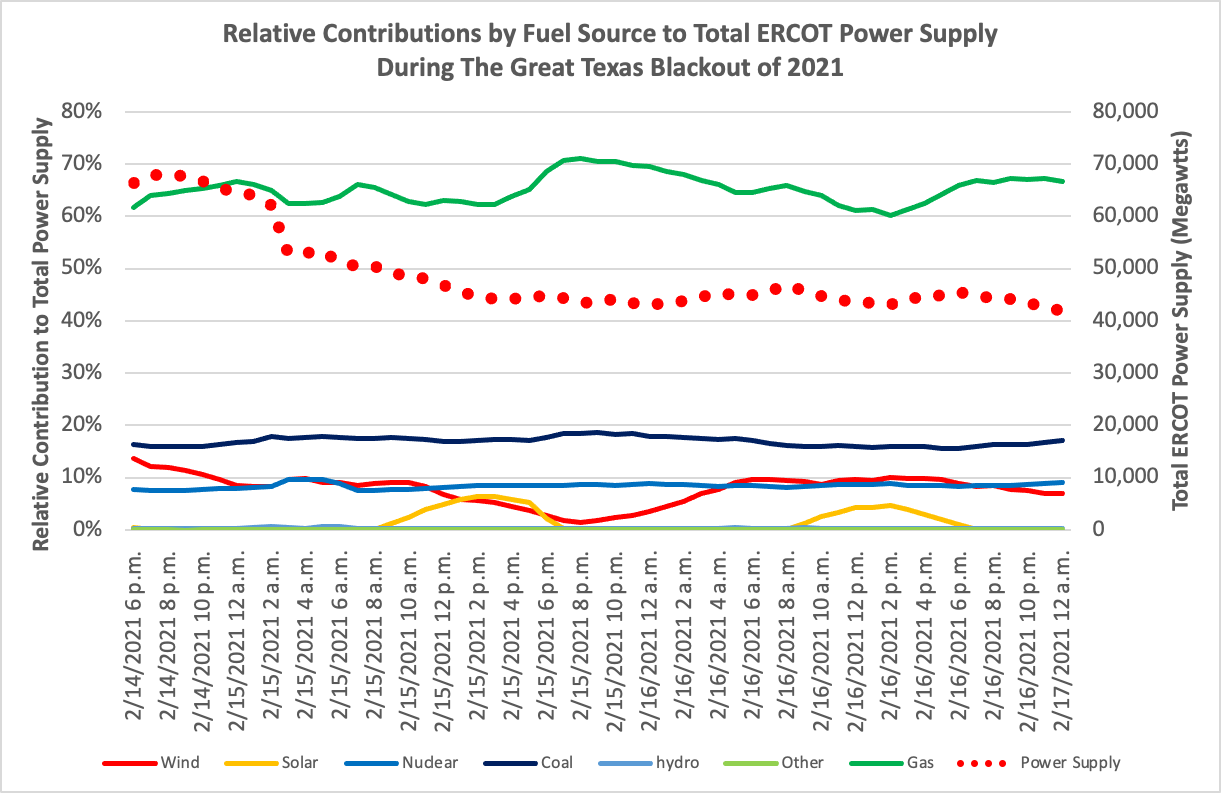 The graph clearly shows that during their worst-performing hours:

Now that temperatures have moderated, things are getting back to normal, and The Great Texas Blackout of 2021 is little more than an unpleasant memory. While some Texas consumers are up in arms over blackout-related injuries, the State has rebounded, and many of us believe a few days of inconvenience is a fair price to pay for decades of cheap electric power. I think the inevitable investigations and public hearings will be immensely entertaining. I hope they lead to modest reforms of the free-wheeling ERCOT market that prevent irresponsible action from low-cost but wildly unreliable electricity producers from wind turbines.

Over the last year, wind stocks like Vestas Wind Systems (VWDRY) TPI Composites (TPIC) Northland Power (NPIFF), American Superconductor (AMSC), and NextEra Energy (NEE) have soared on market expectations of unlimited future growth. As formal investigations into the root cause of The Great Texas Blackout of 2021 proceed to an inescapable conclusion that unreliable wind power is not suitable for use in advanced economies, I think market expectations are likely to turn and turn quickly. I won’t be surprised if the blowback from The Great Texas Blackout of 2021 rapidly bleeds over to other overvalued sectors that rely on renewables as the heart of their raison d’etre, including vehicle electrification.