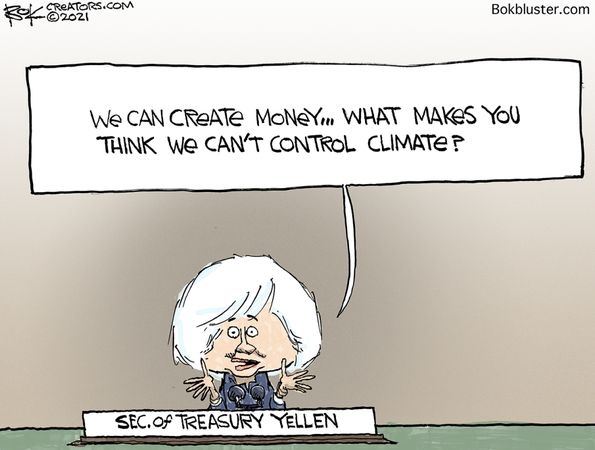 That monologue was broadcast in the same week Joe Biden promoted the third of his gargantuan spending programs, bringing his first 100 days’ total discretionary spending proposals to $6 trillion. (Context: total US GDP is $21 trillion.) This lavish largesse would be slathered atop the annual (and growing) nondiscretionary budget of nearly $5 trillion, against $3.5 trillion in tax revenue.

‘I fully understand that our financial system isn’t perfect, but at least, or so I’ve imagined, it’s real. But the American dollar increasingly resembles Easter bunny cartoon cash. I’ve read articles about Modern Monetary Theory. I’ve had it explained to me. I still don’t get it, and neither do you.

‘Dollars are now made up out of thin air and comparable with Monopoly money. We thought we knew that money had to originate from and be generated by something real, somewhere. Modern Monetary Theory says, “No, it doesn’t”… Or as another analyst put it, “Quantitative easing is an open Ponzi scheme”. The Federal Reserve is like having an imaginary best friend who’s also a banker.

‘Our problem here is at root not economic but psychological. People who have been raised in a virtual world are starting to believe they can really live in it. Much of warfare is a video game now; why not base our economy the same way? The conjuring of “borrowed” money from ether, only to have that debt swallowed by a central bank and disappear, is literally a game.

‘Do I need to spell this out? There is something inherently not credible about the Fed creating not just hundreds of billions, but trillions in wealth, with nothing ever actually being accomplished, and no actual product made or service rendered. It’s like Tinkerbell’s light. Its power source is based solely on enough infantilized citizens believing in it.’

Somehow that monologue isn’t as funny in the second version.

While Maher decries the electricity squandered on crypto ‘mining’, at least the color of the Fed’s money is genuinely green. Tap a few keys, and voilà: trillions from pennies on the energy bill. So in the past year, the Fed effortlessly increased the world’s supply of dollars by 26 percent and is on track for a similar surge in 2021.

But is drastic monetary expansion truly without cost?

I’ve made Maher’s Tinkerbell analogy myself, but to explain how traditional currency functions. I noted in an essay accompanying my novel The Mandibles, about America’s 2029 economic apocalypse: ‘Currency is a belief system. It maintains its value the way Tinkerbell is kept aloft by children believing in fairies in Peter Pan.’

In the novel, a fictional economics professor pontificates: ‘Money is emotional. Because all value is subjective, money is worth what people feel it’s worth. They accept it in exchange for goods and services because they have faith in it. Economics is closer to religion than science. Without millions of individual citizens believing in a currency, money is colored paper. Likewise, creditors have to believe that if they extend a loan to the US government they’ll get their money back or they don’t make the loan in the first place.

So confidence isn’t a side issue. It’s the only issue.’

My confidence is going wobbly. Biden commands trillions the way previous presidents have commanded billions, while the public is so dazzled by zeros that they don’t know the difference.

I’ve my quibbles with the particulars. Spending in inconceivable quantity courts waste and fraud. Biden’s American Families Plan casts so many freebies upon the waters as to constitute a de facto universal basic income, and government dependency doesn’t seem characteristic of a good life. Pandemic-relief unemployment supplements (which many Democrats would make permanent) are so generous that small businesses can’t find employees willing to work even for two to three times the minimum wage. Biden is effectively reversing Clinton-era welfare reforms, which moved so many poor Americans from state benefits to self-respecting employment. Financing all these goodies by hiking corporate taxes is popular, but only because few people realize that every-one pays corporate taxes through lower pension-fund returns, job losses from corporate flight, lower wages and higher prices.

But it’s the bigger picture that unnerves me. Zero interest rates have installed an accelerating debt loop. Governments, companies and individuals borrow because money is free. Central banks won’t raise interest rates, lest the cost of servicing all this burgeoning debt bankrupt the debtors. Governments, companies and individuals borrow still more because money is free. The Federal Reserve has already announced it won’t raise interest rates even if inflation climbs, while refusing to cite what level inflation would have to hit before reconsidering. I’ve plotted this story before. It doesn’t end well. 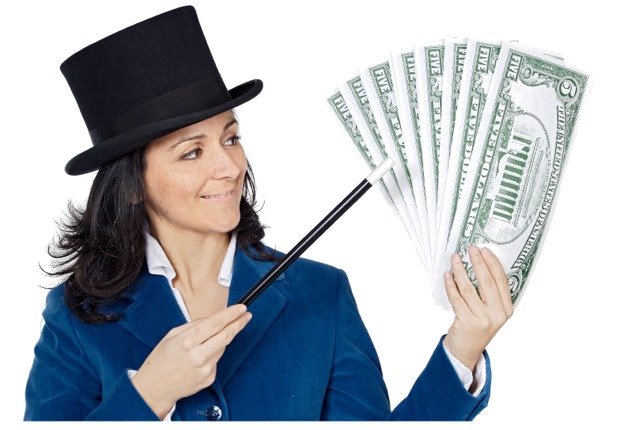