Hans Rentsch writes at Real Clear Energy Farewell to climate policy illusions after the successful referendum against the revised CO2 law. H/T zerohedge Excerpts in italics with my bolds.

On June 13th, the revised CO2 law failed at the Swiss ballot box. Judging from the rather confused debate following the rejection of the bill, one can hardly say that the shock in the politically competent circles had a beneficial effect in favor of more realism. Many commentators were surprised that the electorate put the brakes on climate policy, and many seemed puzzled about how to interpret the will of the people as expressed in the vote. In the referendum of May 2017, the revised Energy Act had been approved by a clear majority, but four years later a tight “no” to the revised CO2 Law followed.

The crucial point sounds almost trivial: The electorate that approved the Energy Act in May 2017 was not the same electorate that voted against the CO2 Act four years later – even disregarding the demographic shifts. The main difference lies in the much higher voter turnout for the CO2 Act – almost 60 percent, versus just 43 percent for the Energy Act. . . This high mobilization, well above the average of 46 percent, was due to the four other proposals that were voted on the same day, above all the two popular initiatives aiming at a reorientation of the agricultural policy.

The urban-rural divide only depicts the different political positions: urban Switzerland ticks left, rural Switzerland non-left. Instead of superficially complaining about a divide between town and country, it is worth looking at other ditches. It goes without saying that the differences between left and right are particularly great when it comes to issues that are as ideologically and morally charged as energy and climate policies. Supporters of the Green Party voted in favor of the Energy Act with a yes share of 94 percent, while only 16 percent of SVP party supporters voted in favor. Almost the same gap appeared in the referendum on the CO2 law: 93 percent versus 17 percent.

An orientation based on certain morally rewarding values is widespread among the materially privileged educated elite. Such attitudes are often used for personal image cultivation, but such behavior is associated with costs. Just think of the high prices for “ethical consumption.” In an article in the leading Swiss daily newspaper Neue Zürcher Zeitung, the cultural scientist Wolfgang Ullrich wrote that to orient one’s life towards higher values is the bliss only of elites. Their privileged social position enables the “new moral nobility” to implement a value-conscious lifestyle and thus to rise above other people. The fact that the support for the Energy and the CO2 bills was so strong in the university educated and the cultural milieus can primarily be explained with this value orientation and not with a superior technical or economic insight into the effects of the new legislation. The prominent American moral psychologist Jonathan Haidt said in a speech, only slightly exaggerating, that highly educated people are not, as they themselves would think, better informed than others, they are just more adept at justifying their prejudices.

The rough categorization “highly educated” also blurs an important fact. In terms of numbers, the predominant university degrees stem from “soft” subjects generally referred to as humanities (typically with female over-representation) such as languages, psychology, journalism, media, law, political science, sociology, history, geography, ethnology and medical-social subjects. In contrast to the political-ideological spectrum of the entire electorate, there is a pronounced left-green “value bias” among university graduates in the above-mentioned fields of study. Such orientation towards self-defined values also reflects a tendency towards illusory social goals and a massive overestimation of political will and ability in the sense of: all we want is also feasible.

In times of rising alarmist voices, nothing would be more useful than to engage in a sober analysis of the situation without prejudice and to part from all the illusions that shape current energy and climate policy. This applies in particular to the Fukushima-fueled Swiss Energiewende.

The 1.5 degree target from the Paris 2015 conference and agreement and the connected grandiose “zero carbon” oaths are the great basic illusions.

Unattainable goals are bound to make climate policy a constant failure. Why should the world state of 1850 at the end of the Little Ice Age with a CO2 concentration of 280 ppm represent a natural climate optimum for the environment, health, and nutrition? Furthermore, since the average global temperature has already increased by 1.1 degrees since then, and since the temperature reacts with a delay to today’s CO2 concentration of 415 ppm, the 1.5 degrees would probably also be exceeded, even if the human world were to stand still tomorrow.

The approval of the Energy Act in 2017 was primarily a vote in favor of phasing out nuclear energy. In the VOTO follow-up survey, four out of five respondents expressed a wish for a nuclear-free Switzerland. The images of the reactor explosion in Fukushima were still firmly imprinted on people’s minds. “Hard cases make bad law” is an old political adage that pops up here. We could have learned a lot from the Fukushima hard or even worst case, if we had analyzed the consequences more calmly, instead of announcing an “energy transition” two months after the disaster with the phasing out of nuclear energy. Winston Churchill is credited with observing that security lies in the multitude of variables that are available as options for action. If, based on costless wishes and on vague hopes, a county’s voting population restricts options for action, it must also be prepared to deal with a reality that might behave differently than hoped for.

A counter-experience to Fukushima that could stir up people’s mindset in a similar way favoring a more realistic energy policy, would be an electricity blackout provoking the failure of important systems. Such an event is not unrealistic under the pressures and constraints of the announced energy transition. Relevant warnings can be found in official risk scenarios for Switzerland. With the ongoing and increasing uncoupling from the European electricity network due to Switzerland’s rejection of an institutionally binding general agreement with the EU, these risks are rising. But as long as the perception and the media communication of accidents in the energy sector – not least thanks to the specters “Fukushima” and “Chernobyl” – are so distorted at the expense of nuclear energy, the prevailing opinions in the population should not be overestimated.

Perhaps in a few years we shall see a climate youth on strike who – in contrast to today’s ideologically blind Fridays for Future activists – is calling for an exit from the “nuclear exit.” All to the benefit of ambitious climate targets.

The big surprise with the No vote over the new Swiss CO2 law was the fact that the majority of young people voted against it. According to the website 20 Minuten website, 54% of those over 65 — that is to say the Boomers — voted in favor of the new law, while 58% of those under 34 voted against it, according to a 20 Minuten and Tamedia survey of 16,249 participants. See report here.

The leading Swiss weekly Weltwoche wrote that the result signaled a “turning point in international climate policy,” a “popular uprising” in which the Swiss electorate rebelled “against the dictates of the elites…. The Swiss are going on a climate strike, just differently than what those in power intended. They want less government action against climate change instead of more.”

The claim that was circulating, that many people voted against the new law because it was not “strong enough” also seems to have not been decisive, according to the survey, since only 2% of the no voters claimed they cast their ballot against it for that reason. According to the survey, fear of higher costs was the main argument against the CO2 law, including among young people. 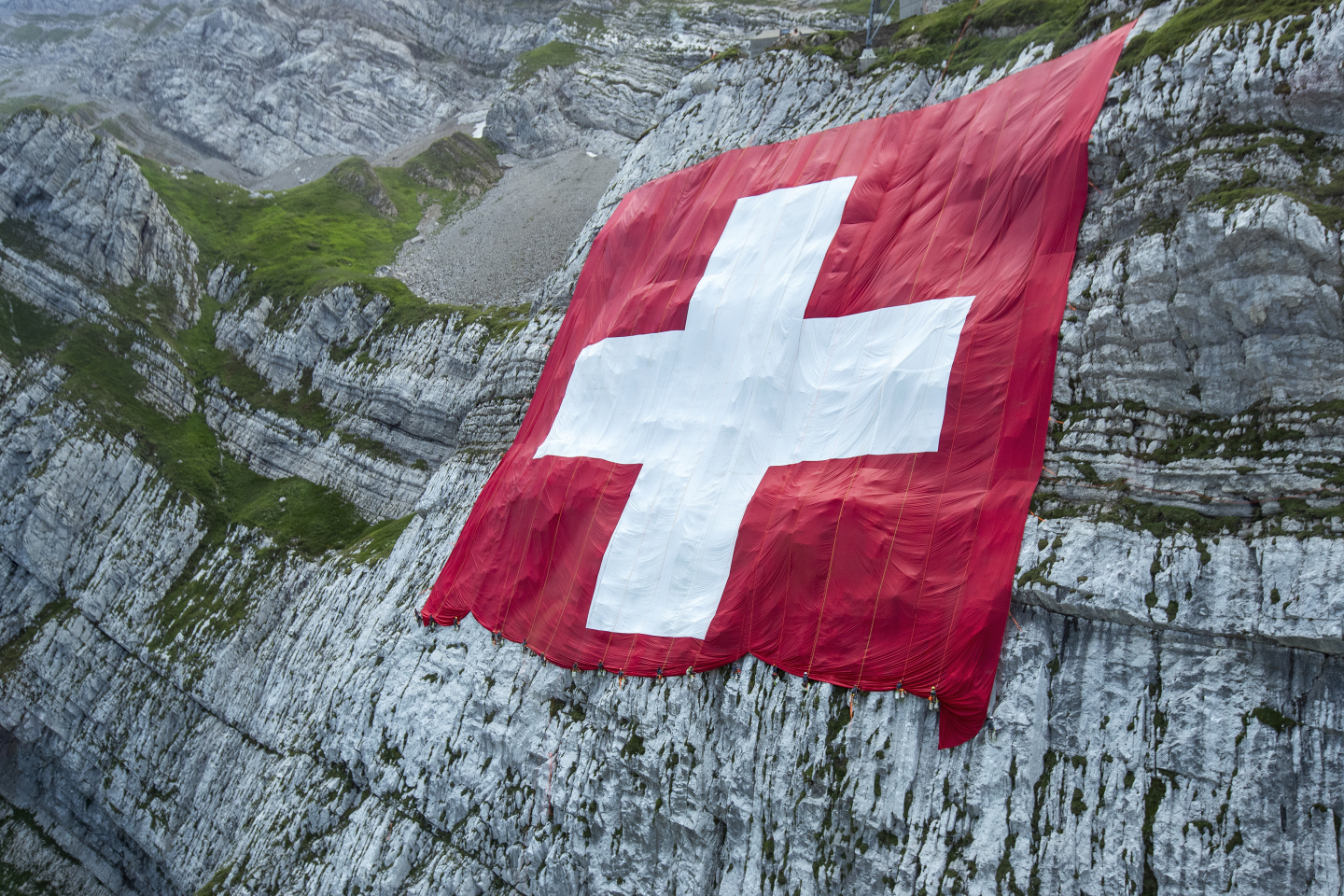