Jake Bequette writes at The Federalist Brian Flores’ Lawsuit Exposes The Absurdity Of NFL Racial Quotas Like The ‘Rooney Rule’ Excerpts in italics with my bolds and images.

Race obsessed-leftists want it both ways: force the NFL to have fewer white coaches and owners, while still signing NFL players based on their performance.

The efforts of leftists to destroy the world of sports took another Great Leap Forward last week with the news that former Miami Dolphins head coach Brian Flores filed a class-action suit against the NFL and all 32 NFL teams for racial discrimination. Flores was fired in January after three seasons with the Dolphins, and he recently interviewed for the New York Giants head coaching job that instead went to Brian Daboll.

Flores’ lawsuit is an unhinged, 58-page rant that focuses more on topics like professional football history and George Floyd rather than Flores’ specific allegations because his allegations are preposterous. Flores says the NFL “remains rife with racism” when it comes to hiring and retaining black coaches, and that the league “is managed much like a plantation,” yet he has been employed as an NFL coach for the past 14 years, and made upwards of $3 million per season as the Dolphins head coach.

The thrust of Flores’ suit is that since 70 percent of NFL players are black, and anywhere between 3 percent and 34 percent of coaches and executive personnel are black, that is prima facie evidence that the league is “racially segregated.” But Flores himself was an enthusiastic participant in this supposed “injustice,” since nearly 75 percent of his own coaching staff during his tenure with the Dolphins were white. And nowhere in Flores’ lawsuit does it mention that he was fired in Miami by a black general manager, Chris Grier.

Also unmentioned in the lawsuit is precisely how Flores would remedy the situation. If we want an NFL that proportionally “looks like America,” as Joe Biden is so fond of saying, then 3 or 4 of the 32 head coaches, general managers, and team owners would be black, but 75 percent of the players would be white or Hispanic. It’s doubtful that Flores is advocating for two-thirds of black players to be fired and replaced with whites.

Is there any reason, other than “discrimination,” why NFL rosters are still 100 percent male? Why is neither team in the upcoming Super Bowl starting a transgender female at left tackle?

In all my years of playing football, from high school to the NFL, I never heard any teammate of any race complain about a team’s racial composition. Players understand that sports are the ultimate meritocracy, where the currency of the realm is performance, not skin color or political correctness. If a player doesn’t think he’s getting enough playing time, it doesn’t do much good to cry “racism!” The only rational thing to do is to work harder and play better.

Part of the reason this wisdom hasn’t been applied to the coaching world is due to absurd racial quota systems like the “Rooney Rule” in the NFL, which forces teams to interview at least one black candidate for any major coaching or executive vacancy.

The absurdity of this practice can be illustrated by simply applying it to NFL roster vacancies. Imagine if every NFL team were forced to invite a white cornerback into training camp every season. No NFL team has started a white cornerback since Jason Sehorn in 2002. A white cornerback who fulfilled a team’s obligation under a “Sehorn Rule” would feel insecure and teammates would feel resentful, even if the player was qualified for the position and seriously considered for the job. 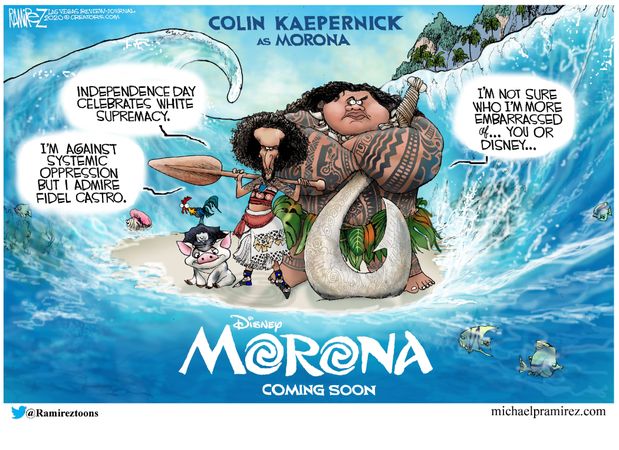 This is not a defense of the NFL. The league brought this upon themselves when they jumped in bed with the social justice radicals after the Kaepernick saga and doubled down after the George Floyd/BLM riots. They deserve this lawsuit and everything that’s coming to them.

The rest of America would do well to abandon the obsession with racial optics and skin-deep assessments of our fellow countrymen, or we’re heading toward the all-out racial conflict that the radical left seems obsessed with fomenting.