John Tierney writes at City Journal Understanding the Covid Odds.  Excerpts in italics with my bolds and added images.

If you’ve been vaccinated and still feel mortally threatened by the virus, please read this.

It’s obviously not easy to give up fear of Covid-19, to judge from a recent survey showing that the vaccinated are actually more frightened than the unvaccinated. Another survey found that most Democratic voters are so worried that they want to make it illegal for the unvaccinated to leave home. But before you don another mask or disinfect another surface, before you cheer on politicians and school officials enforcing mandates, consider your odds of a fatal Covid case once you’ve been vaccinated.

Those odds can be gauged from a study by researchers at the National Institutes of Health, published by the Centers for Disease Control. They tracked more than 1 million vaccinated adults in America over most of last year, including the period when the Delta variant was surging, and classified victims of Covid according to risk factors such as being over 65, being immunosuppressed, or suffering from diabetes or chronic diseases of the heart, kidney, lungs, liver or brain.

The researchers report that none of the healthy people under 65 had a severe case of Covid that required treatment in an intensive-care unit. Not a single one of these nearly 700,000 people died, and the risk was minuscule for most older people, too. Among vaccinated people over 65 without an underlying medical condition, only one person died. In all, there were 36 deaths, mostly among a small minority of older people with a multitude of comorbidities: the 3 percent of the sample that had at least four risk factors.

Among everyone else, a group that included elderly people with one or two chronic conditions, there were just eight deaths among more than 1.2 million people, so their risk of dying was about 1 in 150,000.

Those are roughly the same odds that in the course of a year you will die in a fire, or that you’ll perish by falling down stairs. Going anywhere near automobiles is a bigger risk: you’re three times more likely during a given year to be killed while riding in a car, and also three times more likely to be a pedestrian casualty. The 150,000-to-1 odds of a Covid death are even longer than the odds over your lifetime of dying in an earthquake or being killed by lightning. 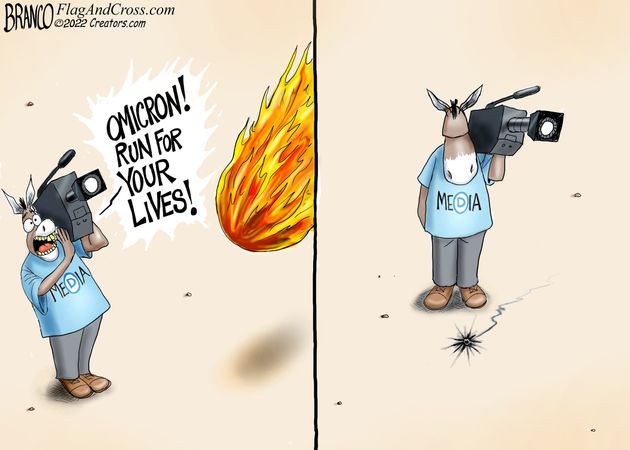 The CDC study didn’t extend through the surge of the Omicron variant, but there’s no reason to think that the odds going forward are worse. While Omicron was much more infectious than previous variants, spreading widely among the vaccinated as well as the unvaccinated, it typically caused milder symptoms. Now that the Omicron surge seems to have peaked, it has left huge numbers of people with what researchers call “super immunity” from both the vaccine and an infection. Studies have shown that natural immunity is much stronger and longer-lasting than vaccine immunity. So whatever new variant emerges, much of the population will confront it this year with stronger immunity than last year. And the odds of survival will improve further thanks to new antiviral drugs reported to reduce Covid mortality by some 90 percent.

Of course, the threat of Covid is greater for unvaccinated adults, but why should their personal decision to take that risk arouse so much angst among those who are safely vaccinated? The original argument for vaccine mandates—that they were necessary to stop the spread—is obsolete, now that it’s clear that vaccination doesn’t prevent reinfection and transmission. Even if vaccines might slow the spread, they won’t prevent the virus from eventually reaching everyone. In any case, the risk to the vaccinated is so low that there’s no justification for forcing everyone else to be jabbed. 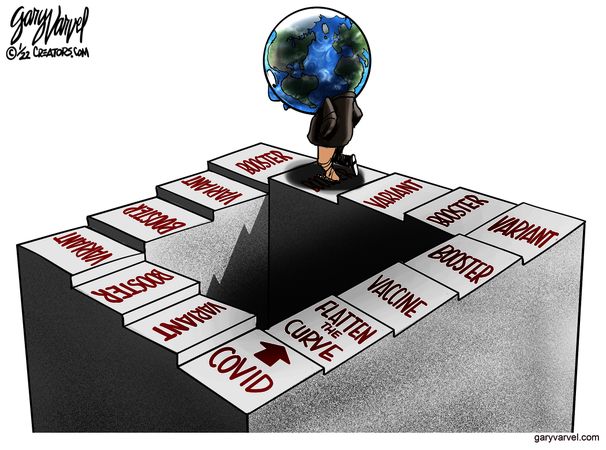 Nor is there any justification for mandating masks or vaccines for schoolchildren. Even if masks were effective—and the weight of evidence shows that they do little or no good—it would make no sense to require them in classrooms where the risk is so low to everyone (including the vaccinated teachers). Some children with serious health problems could benefit from being vaccinated, but for others the vaccine offers virtually no benefit while risking rare and unforeseen side effects. By analyzing the rates of death and infection in 2020, before the arrival of vaccines, Cathrine Axfors and John Ioannidis of Stanford calculate that the risk of death for children and adolescents who were infected with the virus was 0.001 percent—one in 100,000. The risk today is lower still thanks to better treatments.

The recent scare stories about children hospitalized for Covid are based on inflated statistics.

Studies have found that nearly half of the children whom the CDC classified as hospitalized Covid cases are actually being treated for other conditions and just happened to test positive. But even if we use the CDC’s inflated numbers—about 300 Covid deaths annually among the nearly 60 million American children aged 5 to 18—the risk of a schoolchild dying from Covid works out to just one in 200,000.

A child is more likely to be killed in a car accident, commit suicide, be murdered, drown, be accidentally poisoned, or die of cancer or heart disease.

If those odds still aren’t enough to assuage your dread of Covid, consider one more statistic, based on Ioannidis’s analysis of data from Covid tests and seroprevalence surveys. He estimates that in the United States, a nation of 331 million people, there have been a total of 250 million to 350 million Covid infections since the pandemic began. While that estimate includes some people who were infected more than once, it seems clear that the vast majority of Americans have already survived an infection and acquired natural immunity, many without being aware of it.

Many don’t realize—and a horde of journalists and public officials are working hard to keep them ignorant—that their enemy today is not a virus in the air but the fear in their minds.