With the ongoing imposition of Critical Race and Gender theories along with identity politics and social justice warfare in the streets, it is clear that people imbued with postmodern progressive ideology have succumbed to a basic dichotomy (a la Animal Farm):  “Feelings Good, Reason Bad.” This is a fundamental overturning of western civics and consistent with people increasingly replacing ethics with immediate gratification, ie, reduction to the pain/pleasure principle of animals.

The title refers to a notion that came up in the fields of management science and industrial psychology, coincidental with increasing numbers of women practicing in those disciplines. I am prompted to write about this upon realizing that our present social divide is more fundamental than many think. This century, we see increasing numbers of people choosing to operate from emotions rather than intelligence. This pattern is in contradiction to the trajectory of Western civilization placing reason as primary and individual rights and freedoms as essential.

In a recent article thread (to be excerpted below) a comment caught my attention. “It has been said men rank, women exclude, and that is very true IMO.  All-female groups are very exclusionary to anyone who does not fit in.” That expression of Ranking vs. Excluding was new to me, and it may be changing this century, what with women competing with other women in sports, and with men as well in the workplace. Still, it points to our present social struggle whereby “diversity” is employed to divide a nation into identity groups to protest prejudice and claim reparations against grievances. The US as usual is the leading example of this culture war. Ironically, tribalism is rearing its ugly head in precisely the nation-state that so successfully created an American tribe that included any and all ethnic and religious groups.

Ranking vs. Excluding also explains such recent events as the Senate hearings on Judge Kavanaugh. Clearly his opponents sought to exclude him not only from the Judiciary, but to banish him from the human race. Their fierce and unrelenting animus to this day is frightening for the republic. Ironically, Kavanaugh prevailed in the process only by an emotional outburst, his outrage finally waking others up to the enormously evil beheading underway. This was out of character for a man by all accounts extremely reasonable and unprejudiced, and even in this testimony his intelligence was evident and in control.

This modern tribalism emerges from the academic world and is now spreading into the wider society as graduates gain employment in private and public sector institutions. However, many of them carry a virus along with whatever knowledge and skills they have been able to acquire in their studies. A recent interview with Camille Paglia offers insight into the conversion of normal Americans into social dissenters. The article in Quillette is Camille Paglia: It’s Time for a New Map of the Gender World written by Claire Lehmann. Excerpts below in italics with my bolds.

Post-structuralism, along with identity politics, made huge gains in the 1970s, as the old guard professors proved helpless against a rising tide of rapid add-on programs and departments like women’s studies and African-American studies. The tenured professoriate seemed not to realize that change of some kind was necessary, and thus they failed to provide an alternative vision of a remodeled university of the future.

Most established professors in the 1970s probably believed that the new theory trend was a fad that would blow away like autumn leaves. The greatness of the complex and continuous Western tradition seemed self-evident: the canon would surely stand, even if supplemented by new names. Well, guess what? Helped along by a swelling horde of officious, overpaid administrators, North American universities became, decade by decade, political correctness camps. Out went half the classics, as well as pedagogically useful survey courses demonstrating sequential patterns in history (now dismissed as a “false narrative” by callow theorists). Bookish, introverted old-school professors were not prepared for guerrilla warfare to defend basic scholarly principles or to withstand waves of defamation and harassment. 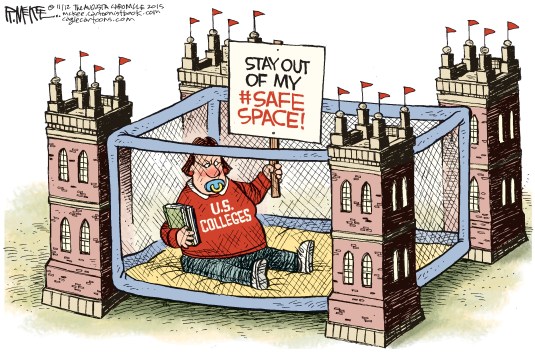 The poisons of post-structuralism have now spread throughout academe and have done enormous damage to basic scholarly standards and disastrously undermined belief even in the possibility of knowledge. I suspect history will not be kind to the leading professors who appear to have put loyalty to friends and colleagues above defending scholarly values during a chaotic era of overt vandalism that has deprived several generations of students of a profound education in the humanities. The steady decline in humanities majors is an unmistakable signal that this once noble field has become a wasteland.

As an atheist, I have argued that if religion is erased, something must be put in its place. Belief systems are intrinsic to human intelligence and survival. They “frame” the flux of primary experience, which would otherwise flood the mind. Another persistent proposal of mine has been for comparative religion to become the undergraduate core curriculum, an authentically global multiculturalism.

My substitute for religion is art, which I have expanded to include all of popular culture. But when art is reduced to politics, as has been programmatically done in academe for 40 years, its spiritual dimension is gone. It is coarsely reductive to claim that value in the history of art is always determined by the power plays of a self-referential social elite. I take Marxist social analysis seriously: Arnold Hauser’s Marxist, multi-volume A Social History of Art (1951) was a major influence on me in graduate school. However, Hauser honored art and never condescended to it. A society that respects neither religion nor art cannot be called a civilization.

But politics cannot fill the gap. Society, with which Marxism is obsessed, is only a fragment of the totality of life. As I have written, Marxism has no metaphysics: it cannot even detect, much less comprehend, the enormity of the universe and the operations of nature. Those who invest all of their spiritual energies in politics will reap the whirlwind. The evidence is all around us—the paroxysms of inchoate, infantile rage suffered by those who have turned fallible politicians into saviors and devils, godlike avatars of Good versus Evil. 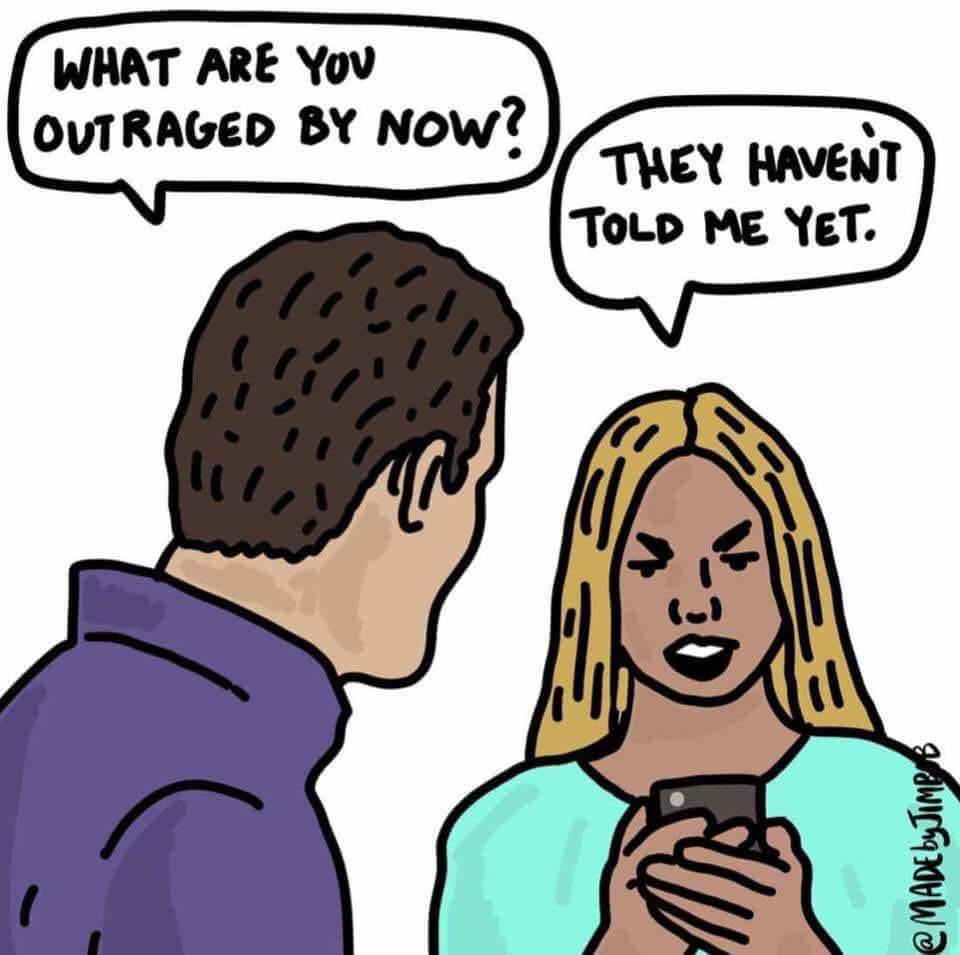 The headlong rush to judgment by so many well-educated, middle-class women in the #MeToo movement has been startling and dismaying. Their elevation of emotion and group solidarity over fact and logic has resurrected damaging stereotypes of women’s irrationality that were once used to deny us the vote. I found the blanket credulity given to women accusers during the recent U.S. Senate confirmation hearings for Brett Kavanaugh positively unnerving: it was the first time since college that I truly understood the sexist design of Aeschylus’s Oresteia, whose mob of vengeful Furies is superseded by formal courts of law, where evidence is weighed.

What I see in both the Women’s March and #MeToo is an atavistic rediscovery by Western women of the joy of their own mutually nurturing solidarity—a primary feature of daily life during 10,000 years of the agrarian era that has been lost over the past two centuries of industrialization. As I have often noted, the sexes throughout human history actually had very little to do with each other. There was the world of men and the world of women, each with its own spheres of influence and activity. Women didn’t take men that seriously, and vice versa. I know this because I am the product of an immigrant family (my mother and all four grandparents were born in Italy), and it wasn’t that long ago that we were tilling the stony soil of the earthquake-prone motherland.

Second, the nuclear family as a standard unit of social life is a relatively new and isolating phenomenon. Wives returning from work to an apartment or house are expecting their husbands to fulfill all the emotional and conversational needs that were once fulfilled by other women of multiple generations throughout the agrarian workday in the fields or at home (where the burdens of childcare and eldercare were group shared).

What I see spreading among professional middle-class women is a bitter resentment toward men that is in many cases unjust and misplaced. With divorce so easy since the sexual revolution, women find themselves competing with younger women in new and cruel ways. Agrarian women gained power as they aged: young women were brainless pawns whose marriages, pregnancies, childcare, cooking, and other chores were acerbically supervised and controlled by the dictatorial crones (forces of nature whom I fondly remember from childhood).

In short, #MeToo from a historical perspective is a cri de coeur from women who are realizing that the sexual revolution that many of us had once ecstatically embraced has in key ways devalued women, confused their private relationships, and complicated their smooth functioning in the workplace. It’s time for a new map of the gender world.

Camille Paglia is the University Professor of Humanities and Media Studies at the University of the Arts in Philadelphia. Her eighth book, Provocations: Collected Essays, was released by Pantheon in Oct. 2018.

A previous post quoted an historian saying that the US civil war erupted because of two mutually exclusive definitions of justice.  One side said all people had equal rights and freedoms, while the other side said all people except slaves had equal rights and freedoms.  That war was fought and won to defeat the exclusionary principle.  Yes, the practice has not always lived up to the principle of inclusion.  But there is progress, and social justice warriors’ demands for racist examples exceeds the supply of such behavior.

Tom Wolfe wrote a book in which he skillfully dissected the descent of rationality and objectivity at the hands of modern academia. And I began to see the connection to climate change hysteria. The ruling force is “political correctness”, which translates into going along to get along in your tribe. And in the extreme, it means subordinating science and rationality to instincts of the herd, their fears, disappointments and desires ruling the day. My synopsis with links is Warmists and Rococo Marxists. 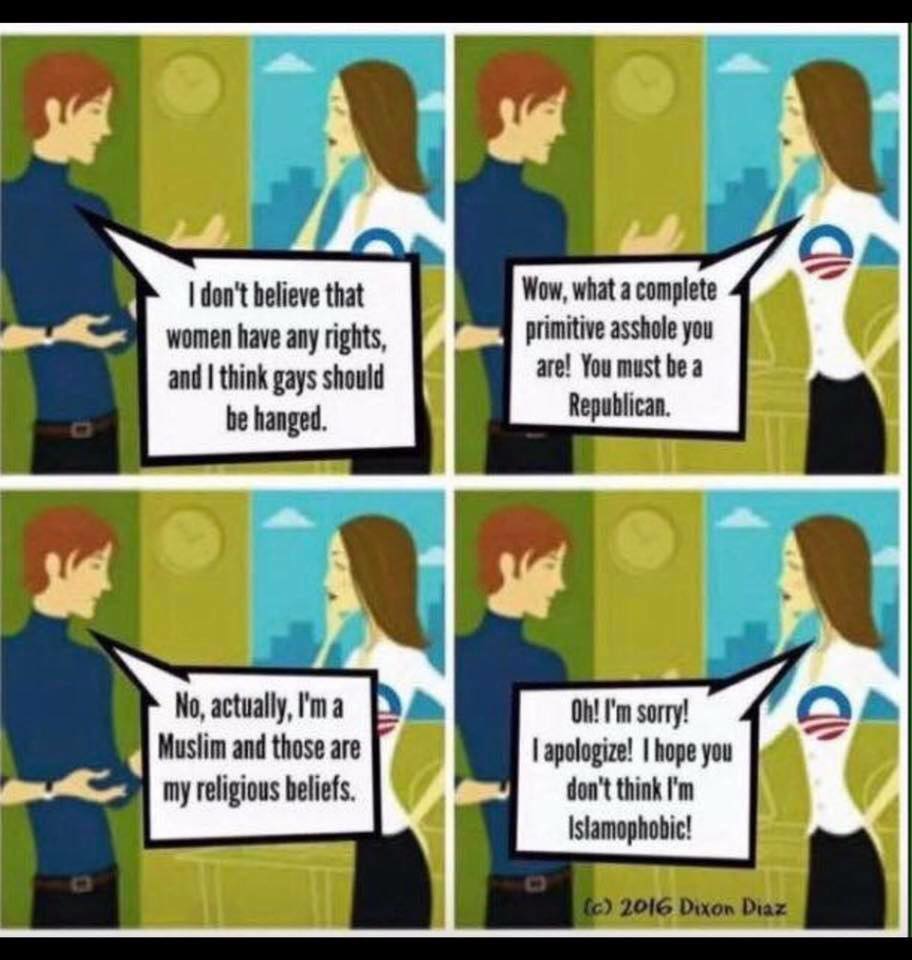