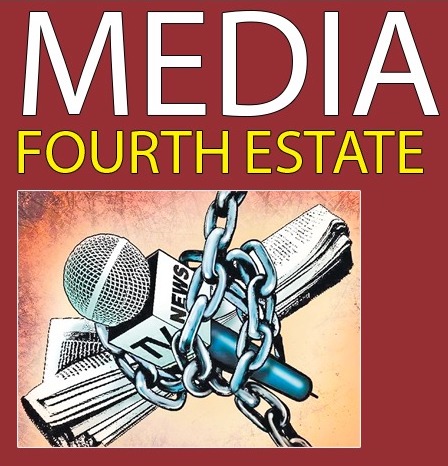 France under the Ancien Régime (before the French Revolution) divided society into three estates: the First Estate (clergy); the Second Estate (nobility); and the Third Estate (commoners). The king was considered part of no estate.  In the 19th century, fourth estate came to refer exclusively to the press, and now it’s applied to all branches of the news media.

In the United States, the term fourth estate is sometimes used to place the press alongside the three branches of government: legislative, executive and judicial. The fourth estate refers to the watchdog role of the press, one that is important to a functioning democracy.

The Fifth Estate is a socio-cultural reference to groupings of outlier viewpoints in contemporary society, and is most associated with bloggers, journalists publishing in non-mainstream media outlets, and the social media or “social license”.

As discussed below, the Fourth Estate has been corrupted,
suborned by political ideology,
while parts of the Fifth Estate have also lost their independence. 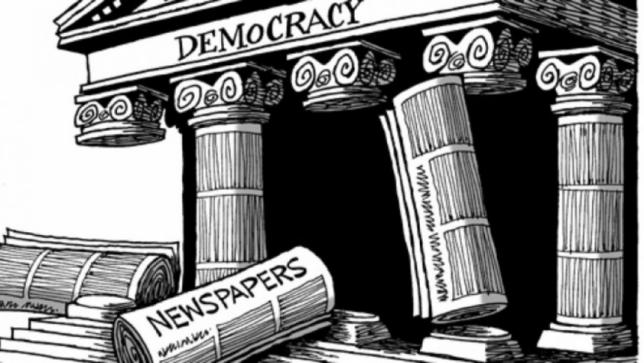 Rex Murphy writes at National Post The Hunter Biden story should make us think twice about censorship.  Excerpts in italics with my bolds. and added images.

You’ve been hearing a lot about misinformation from the present government. And disinformation, which is simply a respelling of the same word brought in by those pushing for censorship (they call it by a different name) to pump up their case that there’s a huge need for government oversight of all online information sources, particularly blogs, independent reporters and independent news agencies.

I think it is an axiom that the very last authority anybody wants to be deciding what is real or true news, and what is not, is a government. As it is also an axiom, or used to be, that the press and the government exist as opposed categories, that a democratic press in particular has a predominantly oppositional role to state authority.

It questions, tests, investigates and challenges. At least it used to. But that was a distant yesterday. Today the press, or what we may call the institutional or mainline press, is suffering a mighty loss of trust. Many major outlets are seen by the public, and in very many cases should so be seen, as having adopted partisan or ideological roles, reporting only what coincides with owners’ or editors’ or reporters’ own predispositions, party affiliations and personal biases.

The biggest story in the 2020 presidential race — let me rephrase that, what I think should have been the biggest story — was the New York Post’s report on Hunter Biden, Joe Biden’s son. The Post had obtained the contents of a forgotten laptop (it was left at a computer repair shop) that appeared to belong to Hunter Biden. It contained much salacious material. If anything comparable had shown up on a laptop belonging to Donald Trump Jr., the story would have been blasted on every television screen in America and treated to 24-hours-a-day coverage on National Public Radio.

The New York Post’s story, however headlined, was not the salacious stuff but the more significant news that — possibly — Hunter Biden had used his father’s influence to enrich himself in foreign business dealings. The online headline went: “Smoking-gun email reveals how Hunter Biden introduced Ukrainian businessman to VP dad.” 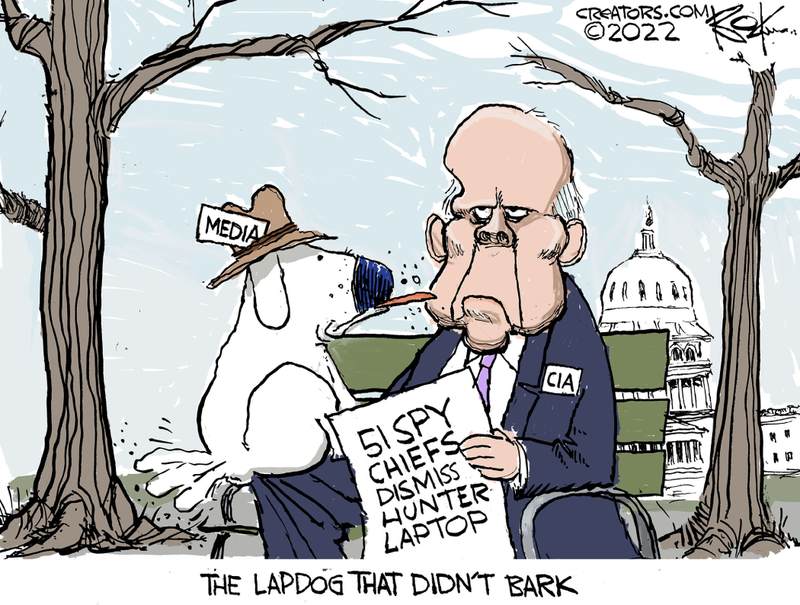 I have to skip a lot of details here. They are easily found. Now this story was near the end of the presidential election campaign. It had, if confirmed, the power to explode the race. But, almost instantly, it was smothered, ignored by all the big outlets, condemned as likely Russian disinformation. Since then, it is very important to record, the same outlets have verified that much of what the New York Post reported was correct.

The most egregious action was taken by the multibillion-dollar Twitter organization.
It disabled the New York Post’s account. 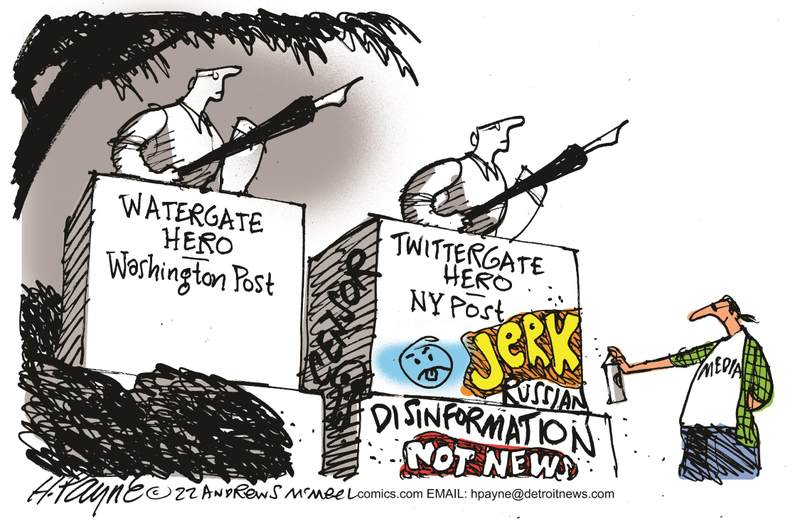 A useful summary of what was involved comes in a recent column from Douglas Murray: The Post “dared to print information that was of public interest. It was information that exposed corruption on an extraordinary scale in what is now the first family. Not just the president’s son being paid to sit on the board of a Ukrainian energy company when he had no knowledge of energy or Ukraine. But things like the almost $5 million that Hunter and his Uncle James raked in over 14 months from just one Chinese energy conglomerate.”

That’s what Twitter, joined by Facebook, suppressed and actively censored. It closed down a whole newspaper’s feed and labelled it as misinformation — as well as closing down the account of the White House press secretary. And the most smug outlet of all, NPR, at the time, had the gall to publish this prissy dismissal from its public editor: “We don’t want to waste our time on stories that are not really stories, and we don’t want to waste the listeners’ and readers’ time on stories that are just pure distractions.” 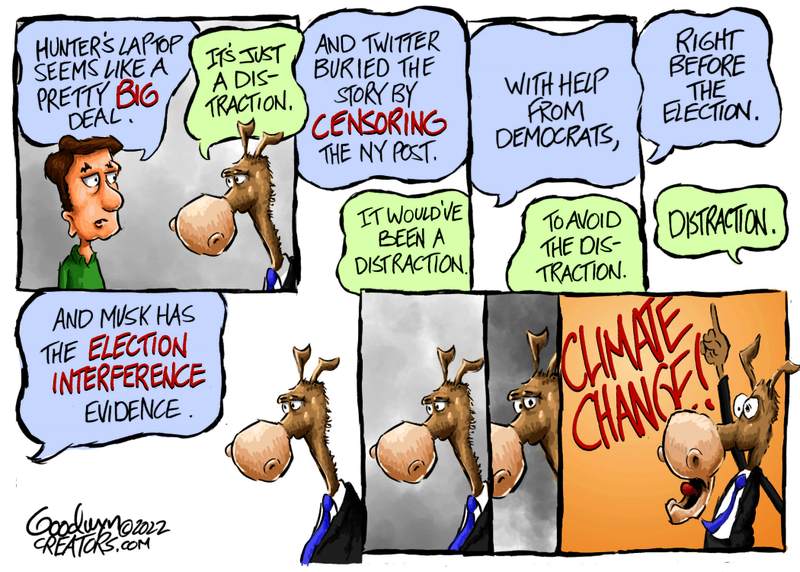 Need I add that later, much later, well after the election, pious NPR issued a “correction” to an online article that had falsely asserted U.S. intelligence had discredited the laptop story.

Jump ahead to today. Thanks to the Elon Musk takeover, the machinations of Twitter, its manipulations and biases, its patrolling of accounts, its secret monitoring, shadow-banning or full shutdown of conservative viewpoints, is now clear and utterly undeniable. And scandalous in the full sense.

This revelation is itself huge news. It reveals the lie behind the drive to oversee the internet under the guise of protecting the public from misinformation. Because in addition to Twitter doing its own censoring, it also established contact with U.S. government and political actors. It was one big circle. Big government and big tech in collusion.

And, just to note the obvious: while the New York Post was being censored, you could hunt Canadian outlets — say the CBC — for news and reaction and find nothing. Should it have been Donald Trump Jr. involved, the panels and pundits would still be talking about it. Also, check Canadian outlets today for how much coverage this Twitter scandal gets.

Here’s a clue: when authorities talk about misinformation, they are spreading misinformation. And when the “most transparent administration in Canadian history” (just who was in that $6,000-a-night hotel room? Still waiting …) talks about “protecting the public” from misinformation, well, you have a choice: either laugh or cry.

Liberals cite privacy laws when asked which media outlets got its $600M bailout.

The Trudeau government is citing confidentiality and “taxpayer information” to hide from the public which legacy media companies accepted money from its $600 million media bailout.

According to Blacklock’s Reporter, the Revenue Agency withheld the details of the cash payments in response to an Inquiry of Ministry tabled in the House of Commons.

Very few federal payments to media have been disclosed since the bailout was first crafted.

“This is skewed heavily in favour of entrenched newspapers and their managers,” said O’Hanlon. “If this was supposed to be open and transparent, I don’t think that happened here. They chose the people they wanted to get the answers they wanted.”

Stick a fork in Canada

At this point, media companies become nothing more than state media outlets, mouthpieces of government, akin to Pravda or the Korean Central News Agency. They have abandoned all pretense of objectivity, neutrality, and “journalistic ethics” and simply voluntarily opted to be the propaganda arm of a political party. In Canada’s case, it’s the Liberal Party — in America’s, the Democrat party.

In days of yore, the Fourth Estate claimed that its job was to “speak truth to power.” Today, it is happy suckling on the government’s teat while hiding the truth from everyone still naïve or dumb enough to believe it.

Incredibly, in 2019, Canuck prime minister Justin Trudeau made an election-year promise that the Liberals would give the nation’s legacy media $595 million in federal assistance over four years. (And he won, proving that far too many Canadians’ brains are permanently frozen.) So much for a “free press.” And this is a kind of “feedback loop,” with a propagandizing press preventing people from accessing and processing unbiased, accurate information. Separation of church and state? How about separation of media outlets and state when “liberals” are in power?

After prevailing in the election, the Trudeau government promptly amended Canada’s Income Tax Act to allow for 25-percent payroll rebates to news companies, a measure subsequently approved by the minister of revenue.

The beat rolls on.