Exhibit A is provided by Zachary Faria writing at Washington Examiner Sports media throw a tantrum over hockey player’s pride night slight.  Excerpts in italics with my bolds.

The most important story in the hockey world, according to sports media, is that one player decided not to wear a gay pride jersey, and they are deeply upset about it.

Philadelphia Flyers defenseman Ivan Provorov did not take part in the team’s warm-up for “LGBTQ+ Pride Night,” with the rest of the team wearing pride-themed warm-up jerseys and wrapping rainbow tape around their hockey sticks. Provorov opted not to participate “to stay true to myself and my religion.”

This means he should have been benched, if not outright fired, according to sports media. 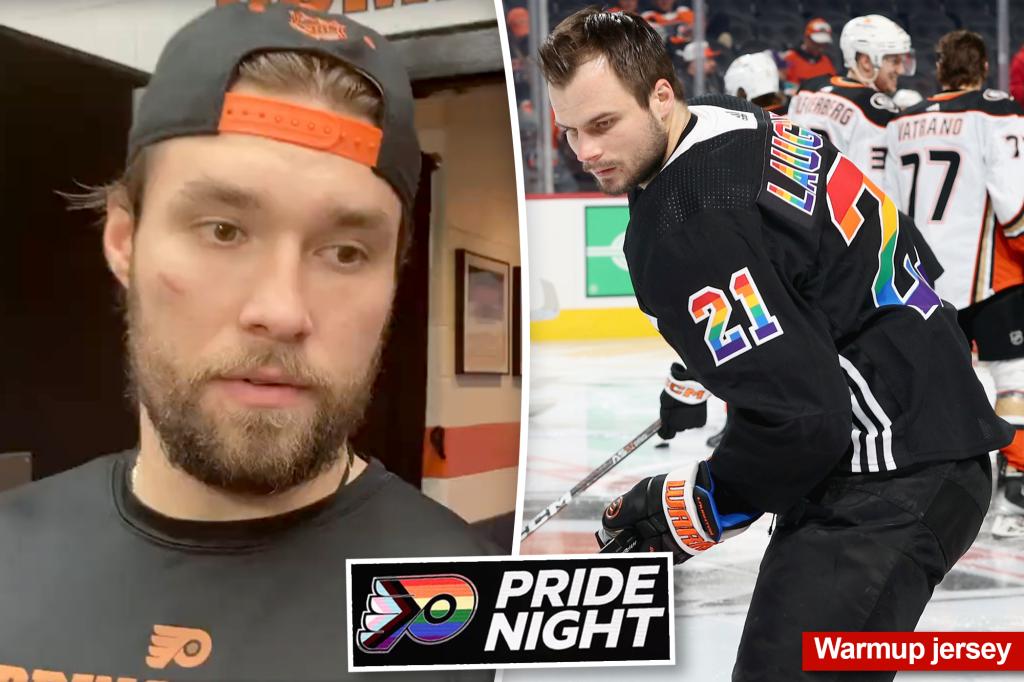 One reporter asked coach John Tortorella after the game if he considered benching Provorov for not wearing the jersey. Steph Driver, the NHL editorial manager for SB Nation, was outraged that he was “allowed” to play. Sports Illustrated’s Mike Stephens called his actions “disgusting” and said he should have been benched. The Athletic’s Pierre LeBrun accused him of “hiding behind religion” and said Provorov didn’t respect everyone. ESPN’s Greg Wyshynski accused everyone defending Provorov of being “homophobes.”

Ryan Quigley, who writes for SB Nation’s Flyers website, tweeted that Provorov should be released from the team and that it isn’t even a “difficult decision.” (He then deleted it). His colleague, Madeline Campbell, said that it is “abundantly clear” that Provorov isn’t a team player, that he should be punished, and that “while the team is likely hoping that this all fizzles out soon, this is a stain that is going to stick with them for a while.”

That is, of course, a tacit threat. It’s a stain that is going to stick because she and her colleagues are going to continue to whine about it.

All of this outrage stems from one man not taking part in corporate pandering, because that corporate pandering makes woke sports “journalists” feel good. Sports media is convinced that gay hockey fans were emotionally wounded by something they wouldn’t know even happened if sports media didn’t obsess over it.

They think gay hockey fans are apparently incredibly fragile and must have
their lifestyle constantly affirmed by every public figure they see.

What players do or do not wear during warm-ups should almost never be a news story, and yet the sports media landscape is aflame with the tantrums of vindictive liberals who moved quickly from “stay out of our bedrooms” to “wear the rainbow jersey or else.” These aren’t people who want to cover hockey and keep hockey fans informed.

They are political activists who happen to work in sports media, and they will not rest until all dissenters have been shamed or silenced.