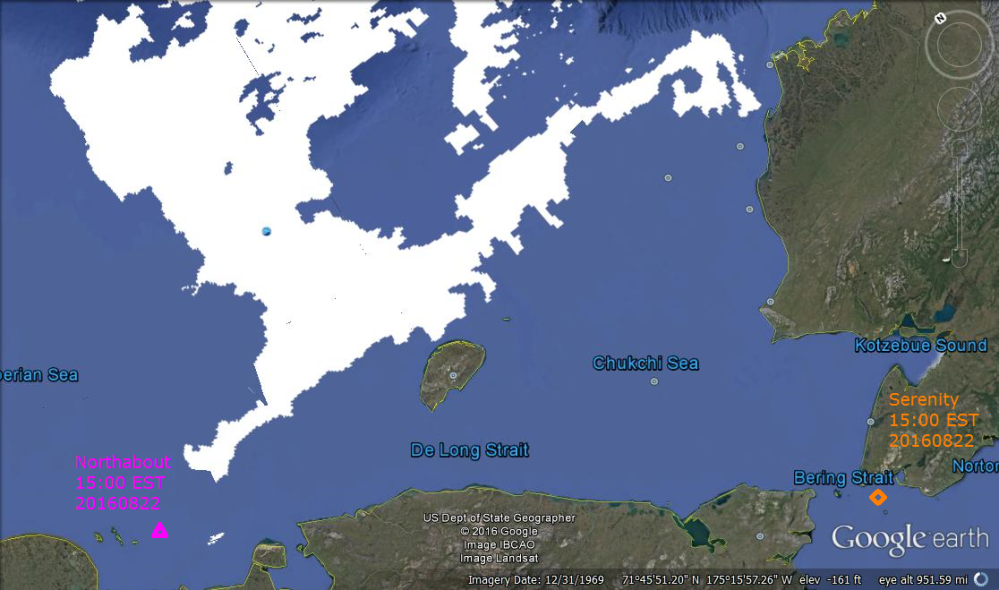 Imagery date refers to Google Earth capture of land forms. Ice edges are for August 21, 2016 from MASIE. Click on image to zoom in.

As the image shows, Northabout is contending with a tongue of ice extending south toward the shoreline, while Serenity in on her way through the Bering Strait.  The pictured ice edges are from yesterday, but show a line of ice that could threaten the Beaufort passage.  That is especially an issue for Northabout, a small sailing boat foregoing any assistance from icebreakers.

The cyclone is expected to weaken later this week, but who knows what and where the ice will be.

Image from The Great Arctic Cyclone of 2016: After Four Years, a Summer Sequel at Jeff Masters blog.

The Arctic Cyclone operating near the north pole is starting to compress the ice extents, The graph below shows the results: Overall ice extent which had recently stabilized lost 672k km2 in just the last 4 days. 300k km2 was lost in BCE (Beaufort, Chukchi and East Siberian seas) and another 100k km2 in CAA (Canadian Arctic Archipelago).  SII had been running ~200k km2 below MASIE and they are now a match.

That is good news for the Northabout, and also for Serenity, the cruiseship scheduled to use the Northwest Passage. Of course, it will be not so good if they are caught directly in the winds and ice movements. 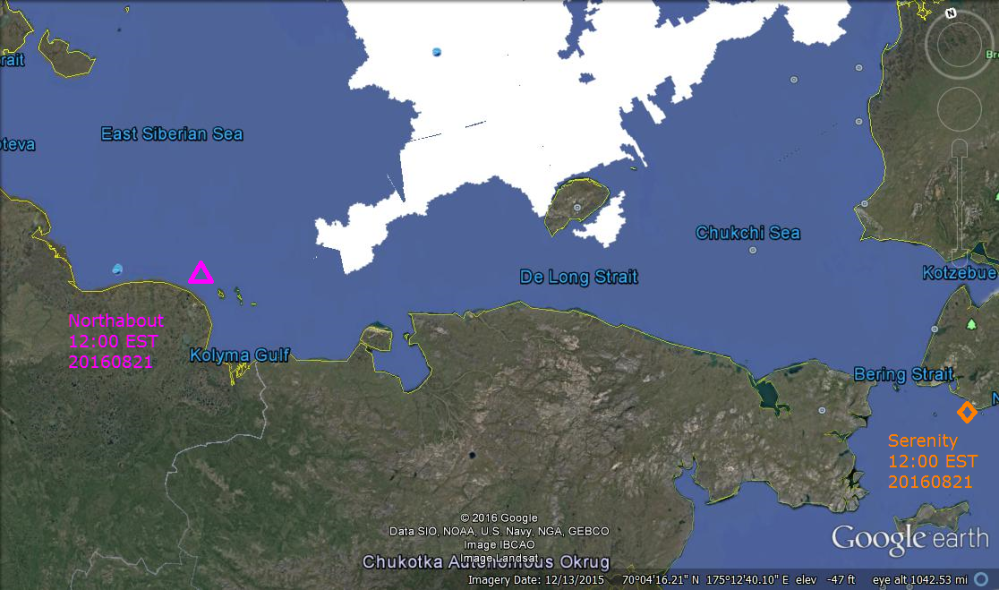 Imagery date refers to Google Earth capture of land forms. Ice extent is 20160820 from MASIE. Click on image to zoom in.

The Big Picture of Arctic land, ocean, ice and clouds. 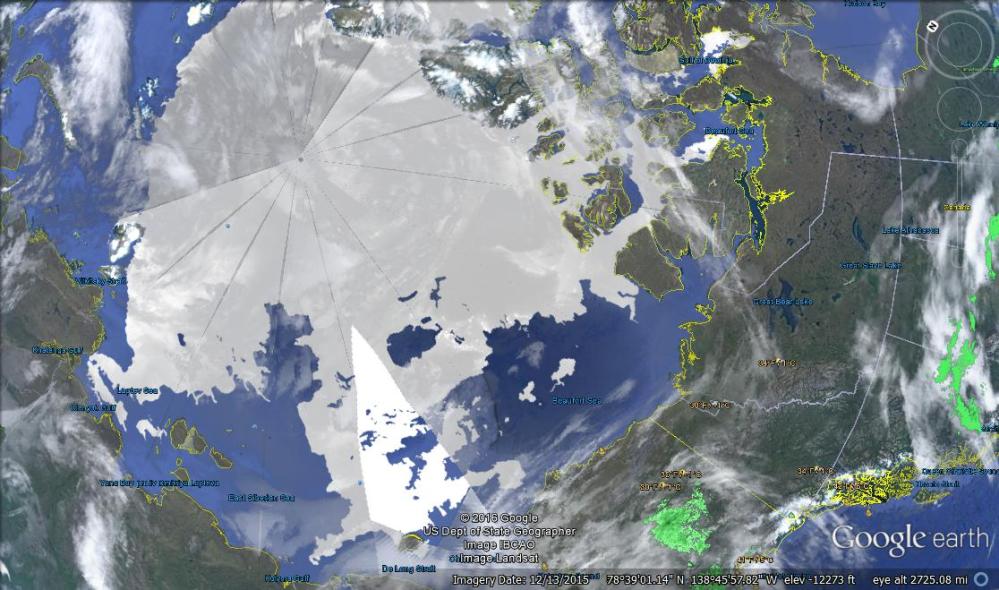 For more context on Arctic ice extent see Arctic Ice Watch July 31.  For those who wish to browse Arctic ice in Google Earth, the procedure is simple.  Go to MASIE homepage and download the kmz file.  Clicking on the file should open it in Google Earth (presuming it is on your computer.) Then you can browse, zoom in and out, and take images. 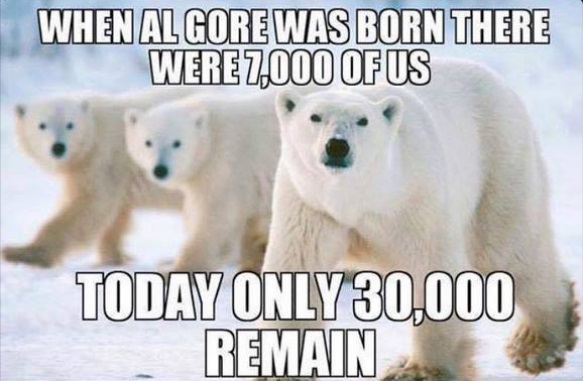