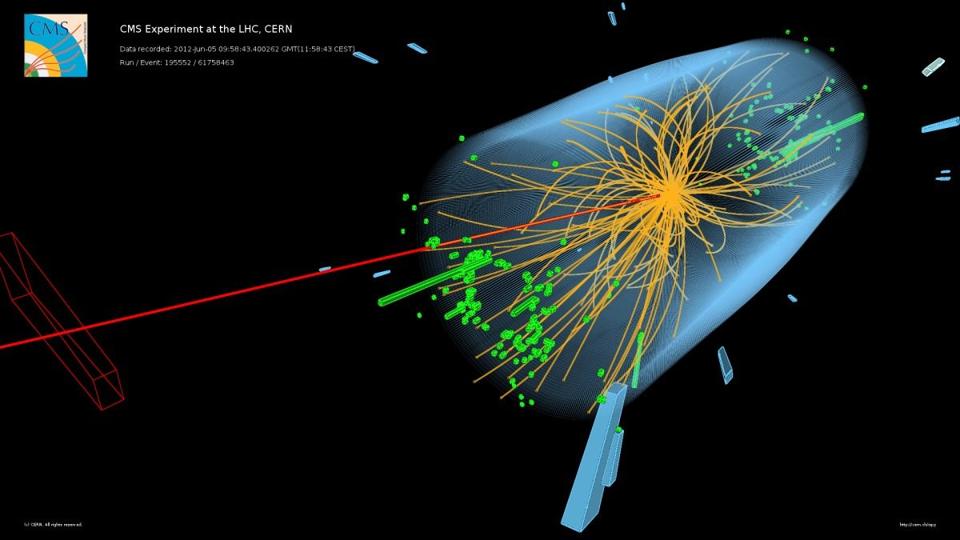 Higgs boson event as seen in the Compact Muon Solenoid detector at the Large Hadron Collider. This one high-energy collision illustrates the power of energy conversion, which always exists in the form of particles.

Ethan Siegel provides an informative primer on energy physics:  Is There Any Such Thing As Pure Energy?  It is useful background for anyone interested in energy and climate science. Some excerpts below.

What is the nature of Energy?

Energy plays a tremendous role, not only in our technology-rich daily lives, but in fundamental physics as well. The chemical energy stored in gasoline gets converted into kinetic energy that propels our vehicles, while the electrical energy from our power plants gets converted into light, heat and other forms of energy at our homes. But this energy always seems to exist as merely one property of an otherwise independently-existing system. Must it always be so? Alex from Moscow writes in with a question about energy itself:

“Does pure energy [exist], maybe very shortly before turning into a particle or a photon? Or is it just a useful mathematical abstraction, an equivalent that we use in physics?”

At a fundamental level, energy can take on many forms.

The simplest, most familiar form of energy of all is in terms of mass. You don’t normally think in terms of Einstein’s E = mc2, but every physical object that’s ever existed in this Universe is made of massive particles, and simply by having mass, these particles have energy. 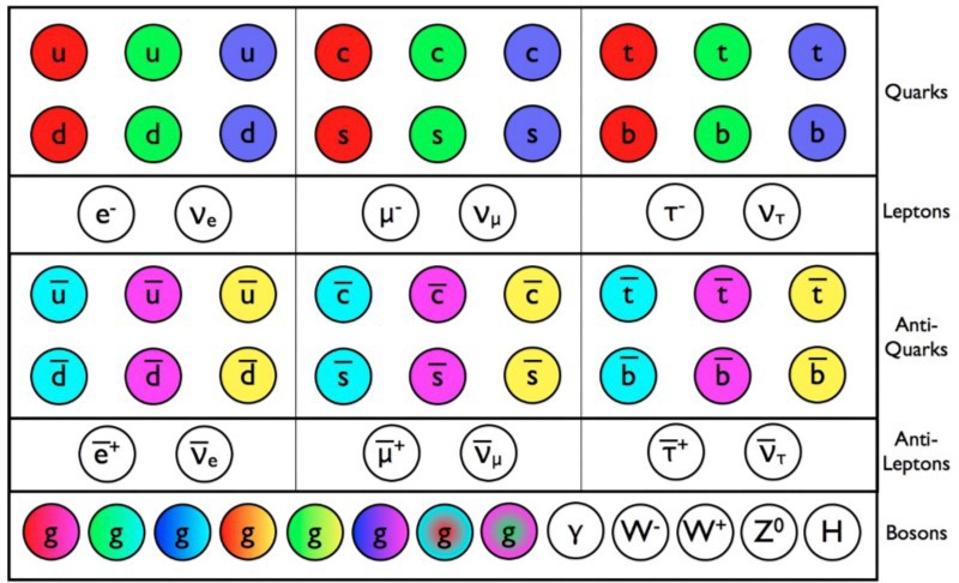 E. Siegel The known particles in the Standard Model. These are all the fundamental particles that have been directly discovered; with the exception of a few of the bosons, all particles have mass.

If these particles are moving, they have an additional form of energy as well: kinetic energy, or the energy of motion.

Finally, these particles can link together in a variety of ways, forming more complex structures like nuclei, atoms, molecules, cells, organisms, planets and more. This form of energy is known as binding energy, and is actually negative in its effect. It reduces the rest mass of the overall system, which is why nuclear fusion, taking place in the cores of stars, can emit so much light and heat: by converting mass into energy via that same E = mc2. Over the 4.5 billion year history of the Sun, it’s lost approximately the mass of Saturn from simply fusing hydrogen into helium.

The theory of asymptotic freedom, describing the strength of the quark interactions inside a nucleus, was worth a Nobel Prize for Wilczek, Politzer and Gross. Wikimedia Commons user Qashqaiilove

The Sun itself gives another example of energy: light and heat, which comes in the form of photons, which are different from the forms of energy we’ve considered so far. There exist massless particles as well — particles with no rest energy — and these particles, like photons, gluons and (hypothetically) gravitons, all move at the speed of light. However, they do carry energy in the form of kinetic energy, and, in the case of gluons, are responsible for the binding energy inside atomic nuclei and protons themselves. 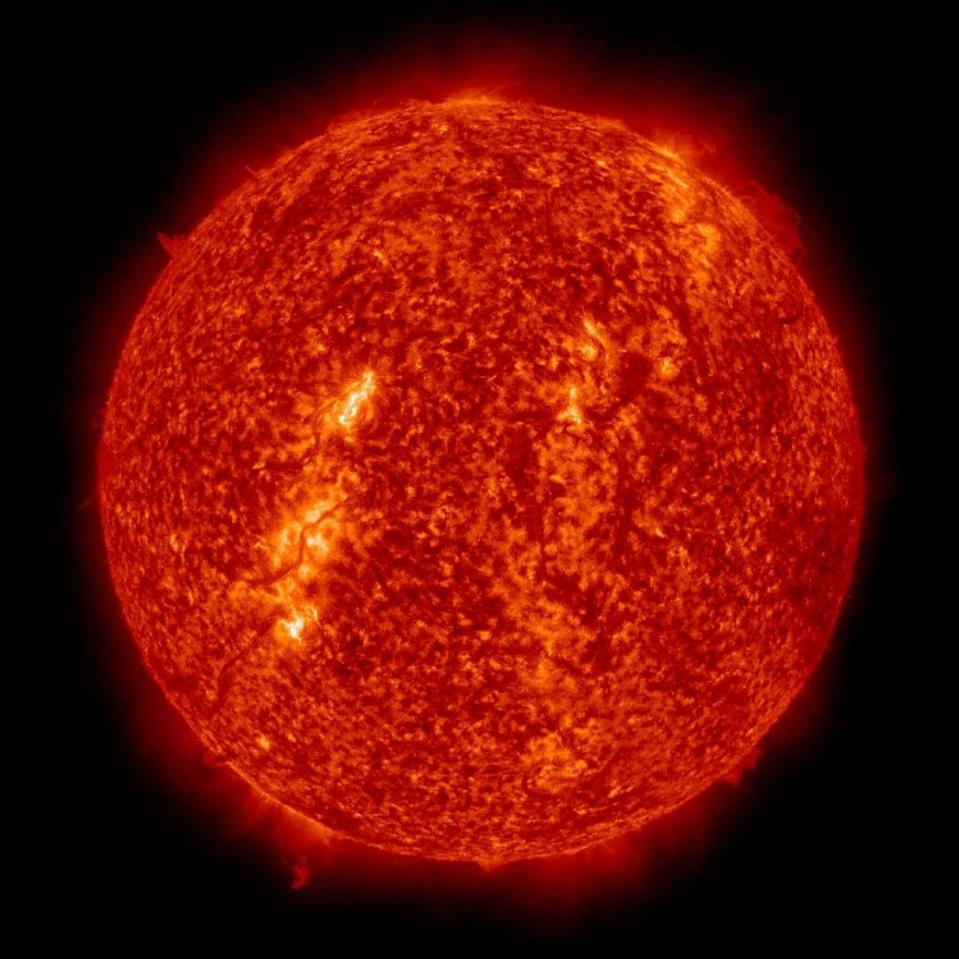 NASA / Solar Dynamics Observatory (SDO) The Sun, shown here, generates its energy by fusing hydrogen into helium in its core, losing small amounts of mass in the process. Over its lifetime, it’s lost approximately the mass of Saturn by this process.

Energy comes in a variety of forms, and some of those forms are fundamental. A particle’s rest mass energy doesn’t change over time, and in fact doesn’t change from particle to particle. It’s a type of energy that is inherent to everything in the Universe itself. But all the other forms of energy that exist are relative. An atom in an excited state has more energy than an atom in a ground state, and that’s due to the difference in binding energy. And if you want to make that transition to the lower-energy state? You have to emit a photon to get there; you cannot make that transition without conserving energy, and that energy needs to be carried by a particle — even a massless one — in order to make that happen. 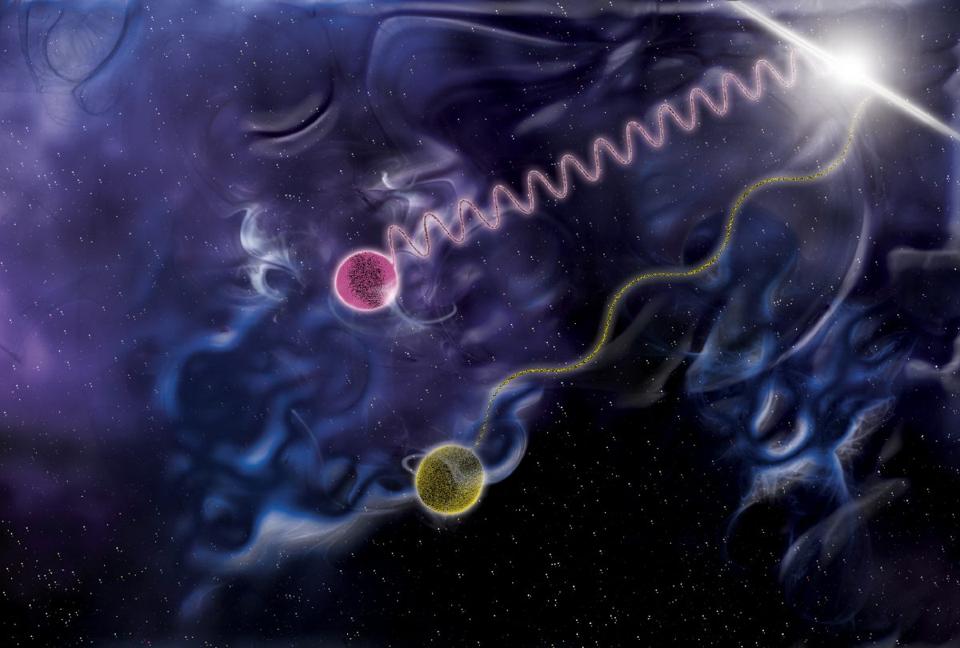 In this illustration, one photon (purple) carries a million times the energy of another (yellow). Fermi data on two photons from a gamma-ray burst fail to show any travel delay, showing the speed of light’s constancy across energy.

Energy is Relative to the Observer

Perhaps an oddity of this is that photon energy, or any form of kinetic energy (i.e., the energy of motion), is that its value is not fundamental, but rather is dependent on the motion of the observer. If you move towards a photon, you’ll find its energy appears greater (as its wavelength is blueshifted), and if you move away from it, its energy will be lesser, and it will appear redshifted. Energy is relative, but what’s interesting that for any observer, it’s always conserved. No matter what the interactions are, energy is never seen to exist on its own, but only as part of a system of particles, whether massive or massless.

There is one form of energy, however, that may not need a particle at all: dark energy. The form of energy that causes the expansion of the Universe to accelerate may very well be energy inherent to the fabric of the Universe itself! This interpretation of dark energy is self-consistent and matches the observations of distant, receding galaxies and quasars that we see exactly. The only problem? This form of energy, as far as we can tell, can neither be used to create or destroy particles, nor can it be inter-converted to and from other forms of energy. It seems to be its own entity, disconnected from interacting with the other forms of energy present within the Universe. 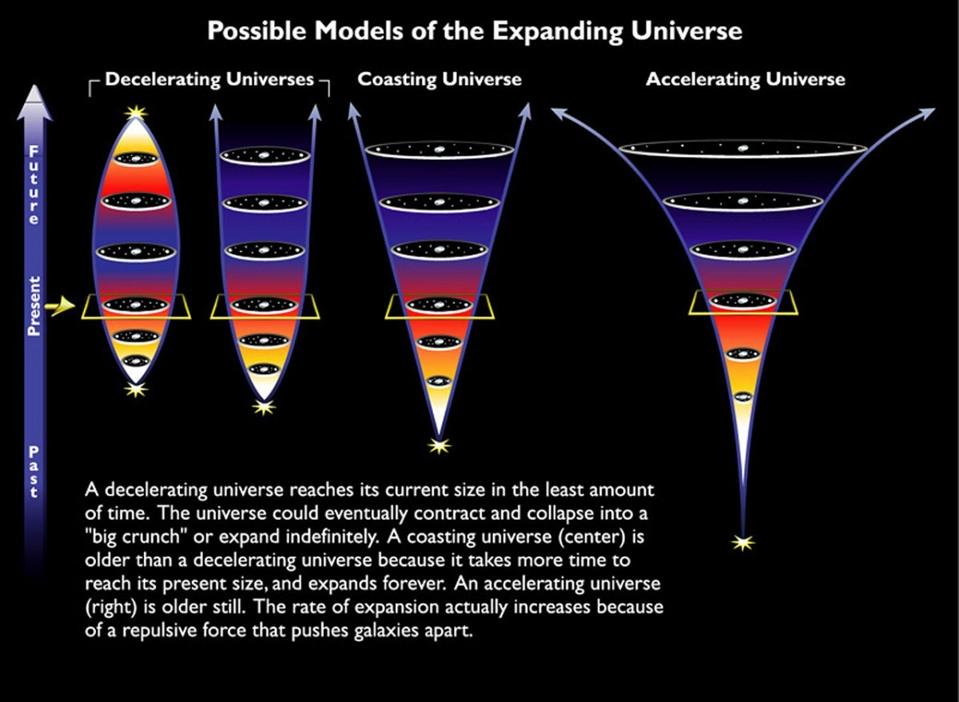 Without dark energy, the Universe wouldn’t be accelerating. But there’s no way to access that energy via any other particles in the Universe.

So the full answer to the question of whether pure energy exists is:

As far as we can tell, energy is not something we can isolate in a laboratory, but only one of many properties that matter, antimatter and radiation all possess. Creating energy independent of particles? It might be something the Universe itself does, but until we learn how to create (or destroy) spacetime itself, we find ourselves unable to make it so.