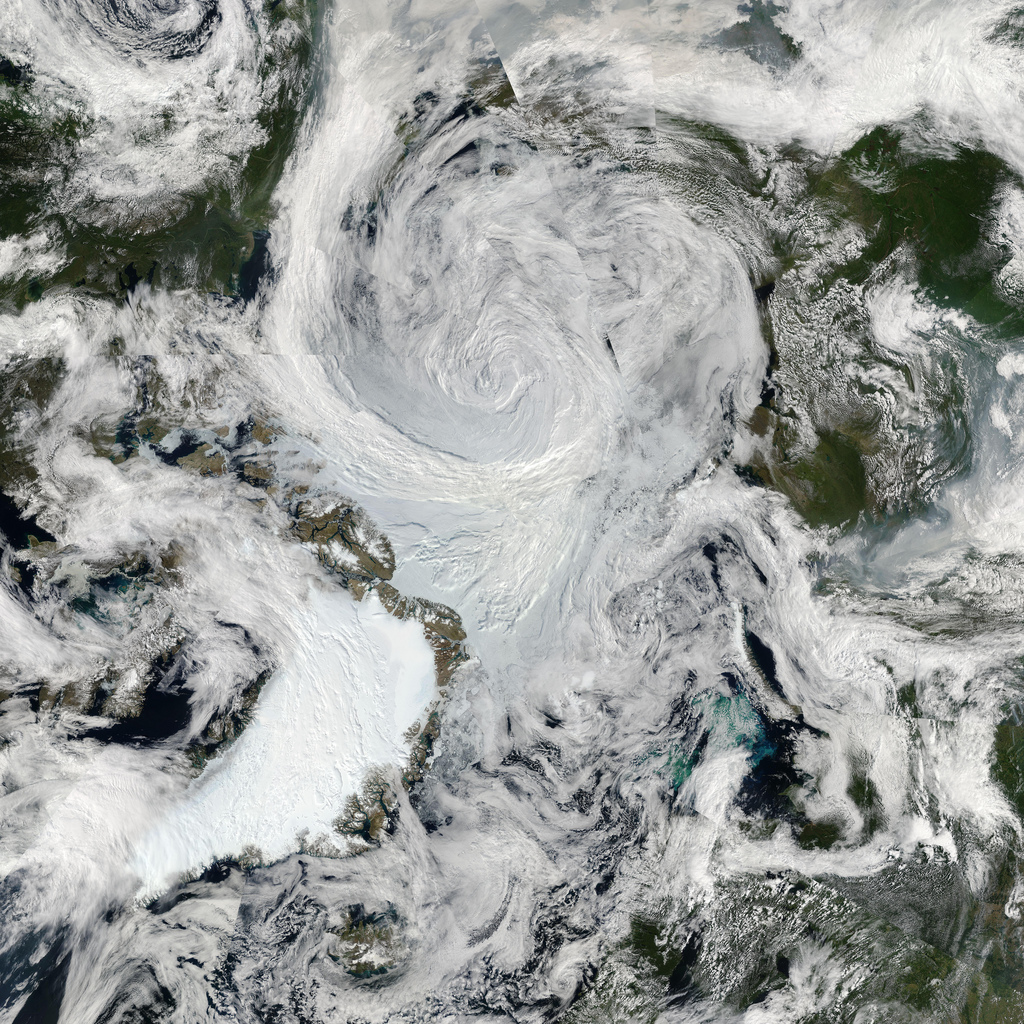 The next two weeks will determine where this year’s minimum will rank compared to recent years. And much will depend upon storm activity which breaks up ice edges, compacts ice chunks and transports ice out through Fram Strait where it melts in the warmer Norwegian Sea.

We have two recent examples in 2012 and 2016. The Great Arctic Cyclone of 2012 produced the lowest minimum of the decade. The NASA photo of the storm is above.  The image below presents the impact of the 2012 storm upon ice extents from mid-August to mid-September annual minimum.  (Click on image to enlarge.)

In contrast, a more normal, non-stormy year is represented by 2014.  Progression of ice extents for 2014 is shown below.

The storms effect on 2016 sea ice appears in the image below.

Arctic ice extents these three years were not far apart mid-August, but they ended the melt season quite differently.  The Great Arctic Cyclone made 2012 the lowest of the decade, bottoming out at 3.4M km2.  2016 August storms also produced a low annual minimum of 4.2M km2.  In contrast, the absence of major storms in 2014 resulted in a much higher September minimum of 5.13M km2.  All of these compare to 2007 minimum of 4.05M km2, with no major storms reported.

It is difficult to extract a climate signal out of fluctuating ice extent minimums when they are so dependent on the vagaries of weather events.  It also means that anything can happen in the next few weeks.