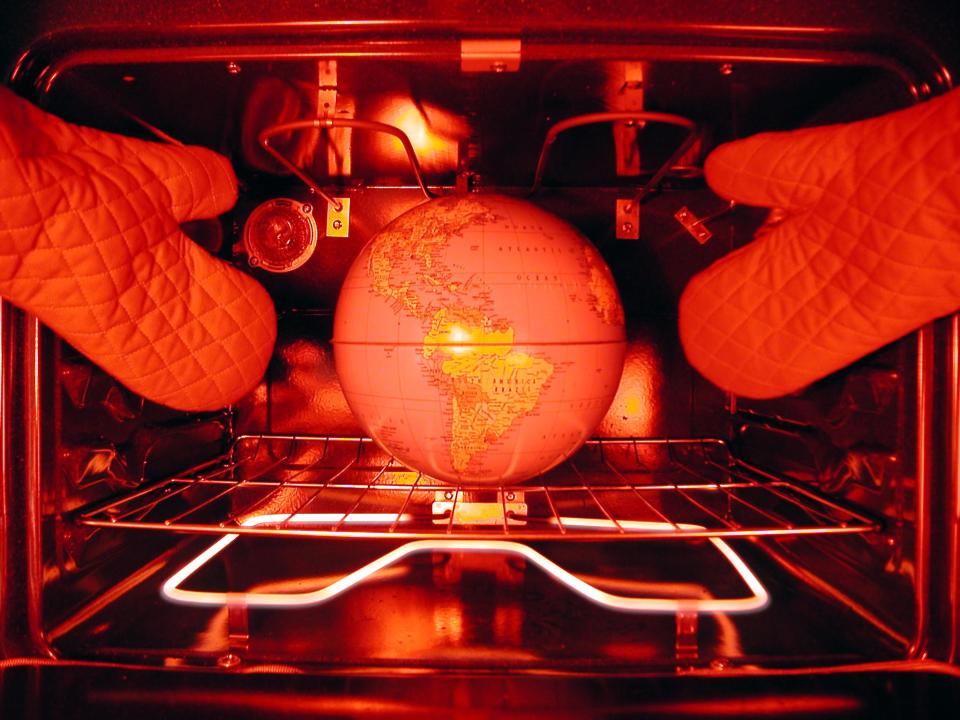 The summary puts the point clearly.  The scientists who produce those doomsday reports for the Intergovernmental Panel on Climate Change finally come clean. The planet has stubbornly refused to heat up to predicted levels.  Read the whole thing.  Favorite excerpts below with my bolds.

Not pneumonoultramicroscopicsilicovolcanoconiosis (inflammation of the lungs caused by inhalation of silica dust). Nor palmitoyloleoylphosphatidylethanolamine (a lipid bilayer found in nerve tissue).

No, the actual hardest word — which scientists use so rarely it might as well not exist — is “Sorry”.

Which is a shame because right now the scientists owe us an apology so enormous that I doubt even a bunch of two dozen roses every day for the rest of our lives is quite enough to make amends for the damage they’ve done.

Thanks to their bad advice on climate change our gas and electricity bills have rocketed.

So too have our taxes, our car bills and the cost of flying abroad, our kids have been brainwashed into becoming tofu-munching eco-zealots, our old folk have frozen to death in fuel poverty, our countryside has been blighted with ranks of space-age solar panels and bat-chomping, bird-slicing eco-crucifixes, our rubbish collection service hijacked by hectoring bullies, our cities poisoned with diesel fumes . . .

And all because a tiny bunch of ­scientists got their sums wrong and scared the world silly with a story about catastrophic man-made global warming.

This scare story, we now know, was at best an exaggeration, at worst a ­disgraceful fabrication. But while a handful of reviled and derided sceptics have been saying this for years, it’s only this week that those scientists have fessed up to their mistake.

One scientist has described the ­implications of the new Nature Geoscience report as “breathtaking”. He’s right. What it effectively does is scotch probably the most damaging ­scientific myth of our age — the notion that man-made carbon dioxide (CO2) is causing the planet to warm at such dangerous and ­unprecedented speeds that only massive government intervention can save us.

For a quarter of a century now — it all really got going in 1992 when 172 nations signed up to the Rio Earth Summit — our politicians have believed in and acted on this discredited theory.

Doomsday was predicted, but midnight passed without disaster.

In the name of saving the planet, war was declared on carbon dioxide, the benign trace gas which we exhale and which is so good for plant growth it has caused the planet to “green” by an extraordinary 14 per cent in the last 30 years.

This war on CO2 has resulted in a massive global decarbonisation industry worth around $1.5trillion (£1.11trillion) a year. Though it has made a handful of green crony capitalists very rich, it has made most of us much poorer, by forcing us to use expensive “renewables” instead of cheap, abundant fossil fuels.

So if the science behind all this ­nonsense was so dodgy, why did no one complain all these years?

Well, a few of us did. Some — such as Johnny Ball and David Bellamy — were brave TV celebrities, some — Graham Stringer, Peter Lilley, Owen Paterson, Nigel (now Lord) Lawson — were ­outspoken MPs, some were bona fide scientists. But whenever we spoke out, the response was the same — we were bullied, vilified, derided and dismissed as scientifically illiterate loons by a powerful climate alarmist establishment which brooked no dissent.

Unfortunately this alarmist establishment has many powerful media allies. The BBC has a huge roster of eco-activist reporters and science “experts” who believe in man-made global warming, and almost never gives sceptics air time.

It comes as little consolation to those of us who’ve been right all along to say: “I told you so.”

In the name of promoting the global warming myth, free speech has been curtailed, honest science corrupted and vast economic and social damage done. That ­apology is long overdue.

For a short course in how climate science was exploited, Richard Lindzen provides details and names in this post Climate Science Was Broken