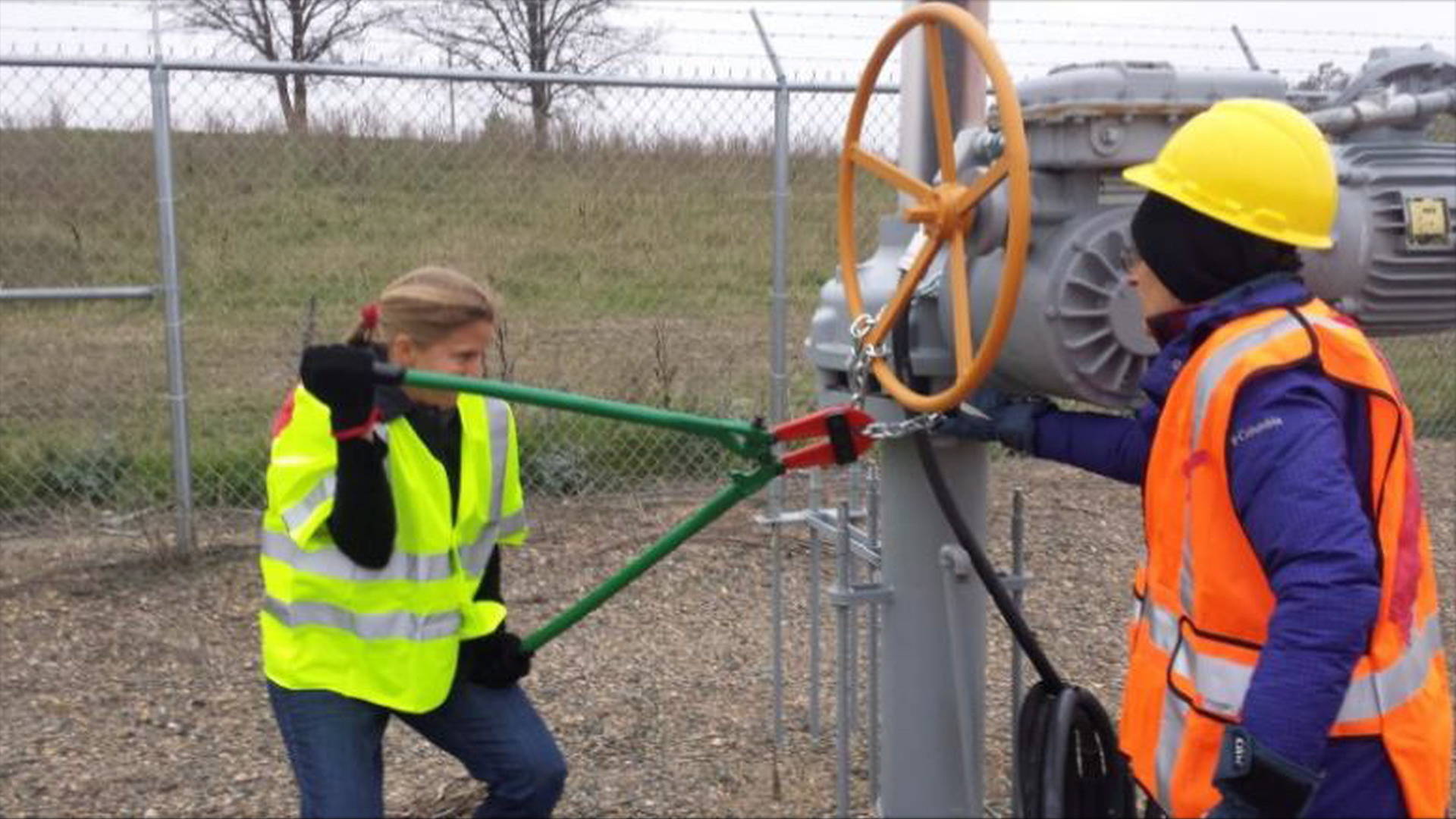 It looks like the last of the four “valve turner” trials will include the necessity defense. It was not allowed in the recent North Dakota case, and the two convicts will be sentenced tomorrow.

Here is the report from Town Hall Minnesota judge allows ‘necessity defense’ in pipeline case with my bolds.

MINNEAPOLIS (AP) — A Minnesota judge has taken the unusual step of allowing four protesters to use a “necessity defense,” enabling them to present evidence that the threat of climate change from Canadian tar sands crude is so imminent that they were justified in trying to shut down two Enbridge Energy oil pipelines last year.

Emily Johnston and Annette Klapstein freely acknowledge they turned the emergency shut-off valves on two pipelines on Oct. 11, 2016, in Clearwater County in northwestern Minnesota. It was part of a coordinated action by Climate Direct Action activists to shut down five pipelines that carry tar sands crude from Canada to the U.S. in Minnesota, North Dakota, Montana and Washington state. A total of 11 activists were charged.

Johnston and Klapstein, who are from the Seattle area, said Tuesday that as far as their legal team knows, this is the first time that a judge has allowed a full necessity defense on a climate change issue. They cited recent hurricanes and Western wildfires as evidence that climate change is making natural disasters worse, and they say tar sands oil contributes disproportionately because it generates much more carbon dioxide than other oil.

“It’s not just a question of a looming threat, it’s a disaster happening right now all over the world,” Johnston said.

Klapstein, a retired lawyer, said they know of one case in which a judge allowed evidence about climate change but then told the jury to disregard it.

“It looks like we’re going to be able to bring in all our experts and present our evidence of how dire climate change is, so we’re pretty excited about that,” she said.

Michael Foster, of Seattle, was convicted Oct. 6 of targeting the Keystone pipeline in North Dakota. His judge barred him from using a necessity defense. He now faces up to 21 years in prison when he’s sentenced Jan. 18. A defendant who filmed him was convicted of conspiracy and faces up to 11 years.

Johnston and Klapstein are due to go on trial Dec. 11 on felony charges of criminal damage to critical public service facilities and other counts. The charges carry maximum terms of over 20 years in prison, though prosecutors have said the most likely penalty is up to a year in jail. Two defendants who filmed them will stand trial together later on lesser charges.

The judge said it applies “only in emergency situations where the peril is instant, overwhelming, and leaves no alternative but the conduct in question.”

The defense will have to persuade a jury in a sparsely populated county where Enbridge is a major employer and the largest property taxpayer.

Enbridge condemned the Minnesota protest as “dangerous and reckless.” The Calgary, Alberta-based company said it temporarily shut down the pipelines itself as a precaution.