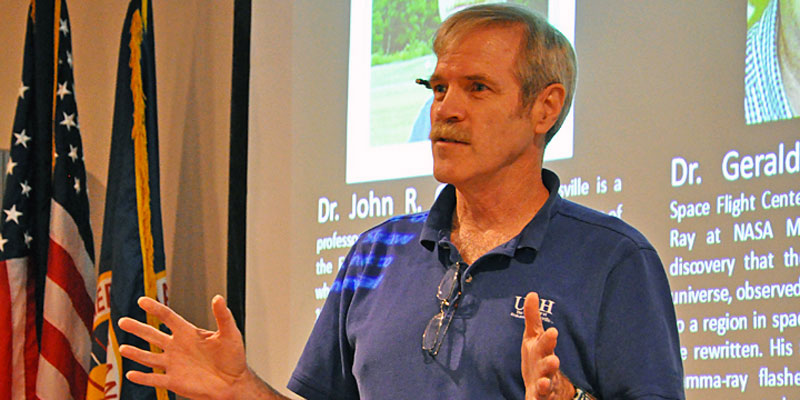 There is one particular word that Dr. John Christy turns to frequently for describing climate science: murky.

It’s a point of view foundational to his own research, and a message underpinning each of his twenty appearances before various congressional committees.

“It’s encouraging because they wouldn’t invite you back unless your message was compelling and not only compelling, but accurate,” Christy, Alabama’s state climatologist, told Yellowhammer News in an interview.

Christy, whose day job involves doing research and teaching as the Distinguished Professor of Atmospheric Science at the University of Alabama in Huntsville (UAH), has gained notoriety over the years for dissenting from mainstream climate scientists and policymakers who argue that climate change is anthropogenic, or man-made, and that something must be done to stop it.

Dissent has gained for Christy the characterization as a “climate change skeptic” or “denier,” as critics refer to him, but he himself rejects those terms.

“I’m a working-stiff atmospheric scientist,” he said, “as opposed to those who support modeling efforts, those who use data sets that other people create and analyze them, but they don’t build them themselves.”

According to Christy, the result of fewer “working-stiff” scientists contributing to the prevailing climate debate is more frequent misuses of data.

“They’re not aware of what goes into it,” Christy said, referring to the data.

“Here we have a science that’s so dominated by personalities that claim the science is settled, yet when you walk up to them and say prove it, they can’t,” he said.

Christy spoke at length about what can be proven and what cannot in his self-described “murky” field, referring often to principles of the scientific method.

“We do not have an experiment that we can repeat and do,” he said.

Christy outlined another problem with attempts to implicate greenhouse gases: a failure to account for things countering trapping effects.

“We know that the extra greenhouse gases should warm the planet,” he said. “The weak part of that theory though is that when you add more greenhouse gases that trap heat, things happen that let it escape as well, and so not as much is trapped as climate models show.”

Though his scientific arguments are primary, Christy also frequently discusses in interviews and testimonies the economic consequences of proposed climate change mitigation policy via carbon reduction.

Christy contrasts that reality within the modern, developed world with the world he saw working as a missionary teacher in impoverished Africa during the 1970s.

“The energy source was wood chopped from the forest, the energy transmission system was the backs of women and girls hauling wood an average of three miles each day, the energy use system was burning the wood in an open fire indoors for heat and light,” Christy told members of the House Committee on Energy in 2006.

What about the fires and heat waves?

According to the National Interagency Fire Center, fires were burning in fifteen states as of Tuesday, August 14.

Much of the news media’s discussion about these fires over the past few weeks has established a correlation between the many fires and anthropogenic climate change, a correlation that Dr. Christy rejects.

Christy argues that exacerbating fires out west, particularly in California, results from human mismanagement. Such states have enacted strict management practices that disallow low-level fires from burning, he said.

“If you don’t let the low-intensity fires burn, that fuel builds up year after year,” Christy said. “Now once a fire gets going and it gets going enough, it has so much fuel that we can’t put it out.”

“In that sense, you could say that fires today are more intense, but it’s because of human management practices, not because mother nature has done something,” Christy said.

Data from the Fire Center indicates that the number of wildfires have been decreasing since the 1970s overall, though acreage burned has increased significantly.

As for the heat, Christy said there’s nothing abnormal going on in the United States.

“Heat waves have always happened,” he said. “Our most serious heatwaves were in the 1930’s. We have not matched those at all.”

Christy continued, “It is only a perception that is being built by the media that these are dramatic worst-ever heat wave kind of things but when we look at the numbers, and all science is numbers, we find that there were periods that were hotter, hotter for longer periods in the past, so it’s very hard to say that this was influenced by human effects when you go back before there could have been human effects and there’s the same or worse kind of events.”

Though Christy didn’t deny that the last three years have been the hottest ever recorded globally, he doesn’t concede that the changes are attributable to anything other than climate’s usual and historical erraticism.

@jeremywbeaman is a contributing writer for Yellowhammer News