Bryan Garsten writes an essay at the Tablet that assesses the deep tremors in today’s USA. And the tensions first described by Tocqueville are also on display in other western nations, though perhaps not in the same ways. The article is Will Tocqueville’s Dilemma Crash America? Excerpts in italics with my bolds.

Is equality a danger to freedom in a democratic United States?

The fundamental challenge that Tocqueville’s book poses to American dogma arises from his refusal to assume that equality and freedom are always mutually reinforcing. The American creed since the Declaration of Independence and especially since Lincoln has linked the two values, assuming that an increase in one naturally accompanies an increase in the other. Tocqueville suggested that we tend to ignore the threats that equality poses to freedom. Freedom was not, like equality, a naturally expanding feature of society. Nor was it a necessary consequence of equality of conditions.

It is too simple to say that Tocqueville presented equality and freedom as principles sometimes in tension with one another. His point was different. Equality was not merely a moral principle. Nor was it merely a material fact. More fundamentally, equality was a passion that gave rise to a certain dynamic in politics. Freedom, on the other hand, he portrayed as a set of skills and habits that required practice, an art that could be learned but also forgotten. 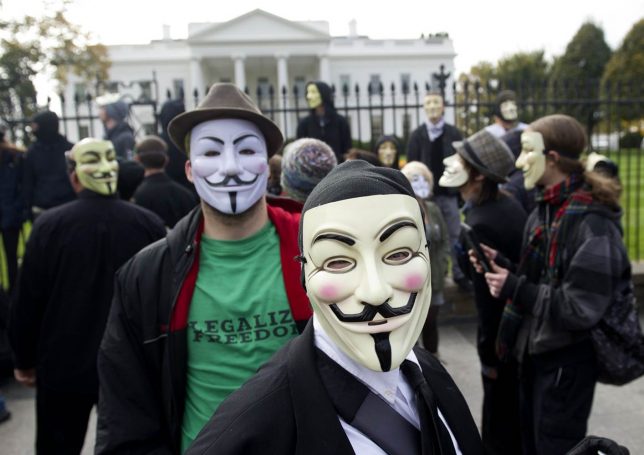 The danger of democratic life, Tocqueville thought, was that the passion for equality would lead us to stop practicing the art of freedom.

To see how equality works as a passion, we have to notice the fundamental effect of looking at any actual social world with the ideal of equality in mind. You will see mostly inequalities. In fact, it seems that the more inequalities we succeed in eliminating, the more remaining inequalities stand out and the more striking they become. As society becomes more equal, the pressure for yet more equality does not subside but instead grows stronger:

Democratic institutions awaken and flatter the passion for equality without ever being able to satisfy it entirely. Every day this complete equality eludes the hands of the people at the moment when they believe they have seized it, and it flees, as Pascal said, in an eternal flight; the people become heated in the search for this good, all the more precious as it is near enough to be known, far enough not to be tasted. The chance of succeeding stirs them, the uncertainty of success irritates them; they are agitated, they are wearied, they are embittered. 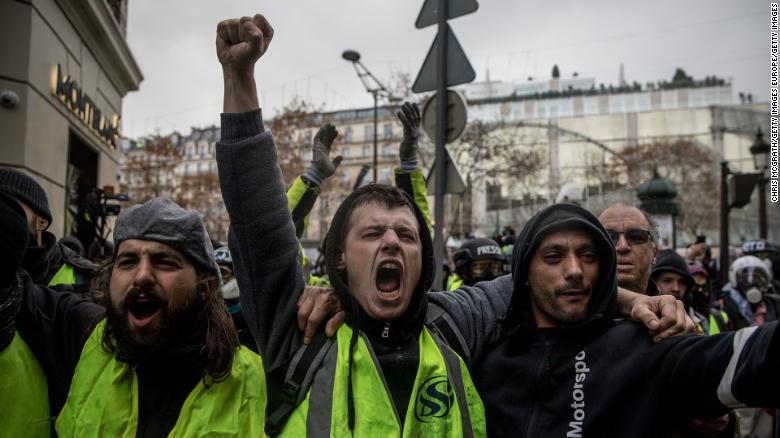 Societies characterized by the love of equality therefore have a particular revolutionary energy, which is always ready to upset its inheritances because of new inequities it identifies in them. But nature is constantly throwing up new inequalities—especially among intellects, Tocqueville remarked—and the nature of democracy is to set itself against these inequalities. Even without revolution, the pressure for equality presses into more and more spheres of society, eventually influencing not only laws but also relations between employers and workers, husbands and wives, parents and children; it exerts pressure on habits of thought and feeling, affects the sciences and the arts, the sort of history and poetry that people write, the sort of religion they practice and believe. The old saying, “the cure for the ills of democracy is more democracy,” captures the passion for equality but neglects, Tocqueville would say, the need to “instruct” democracy in the art of staying free. 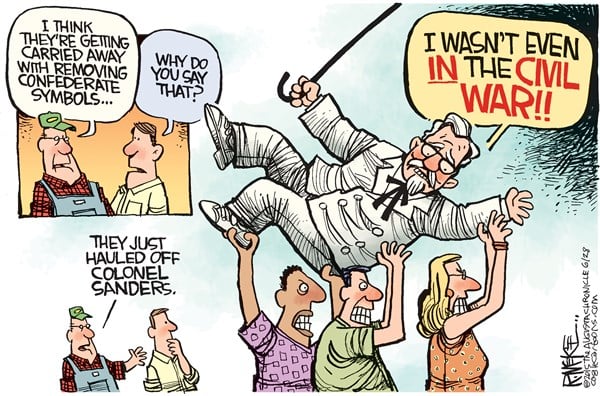 Tocqueville admired Americans for having learned the art of freedom as well as they had. The most famous and perhaps most often quoted parts of his book are those about the settings in which Americans learn that art—the relatively small political venues in which citizens debated and deliberated and decided how to manage their communities. The ideal versions of such places that Tocqueville believed he had found were New England townships, juries, and the civic and political associations.

In the 1990s political scientists rediscovered Tocqueville and described the sort of skills, trust, and relationships that develop in these small social settings as “social capital.” Countries or regions where citizens engage in these sort of face-to-face interactions with one another were said to have more social capital, and political scientists have shown that these places tend to sustain more stable and successful forms of democracy. 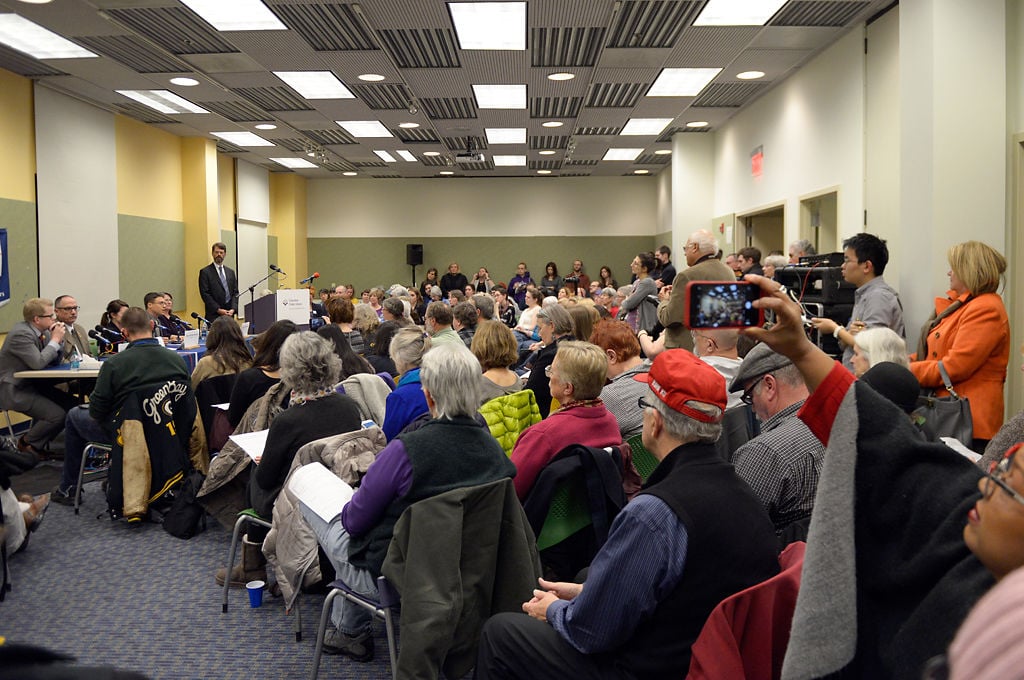 Tocqueville himself did not use the economists’ language of “capital,” but instead the educator’s language of learning. He noted that through learning to work with others in the small and easily regulated context of a town, the citizen “habituates himself to the forms without which freedom proceeds only through revolutions, permeates himself with their spirit, gets a taste for order, understands the harmony of powers, and finally assembles clear and practical ideas on the nature of his duties as well as the extent of his rights.” The myriad small associations that Tocqueville noticed Americans loved to form drew individuals out of their private lives and accustomed them to what Tocqueville called “the reciprocal action of men upon one another.” 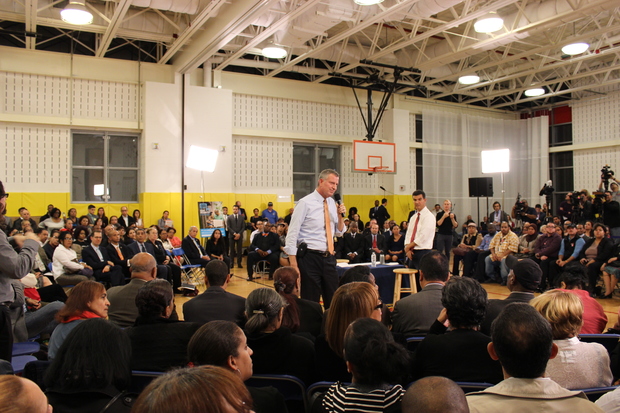 To identify democracy with the busyness of social life was to offer an alternative to the view that elections are the central feature of democracies. A Napoleonic program of plebiscites might claim to produce a government in some ways “representative” of the people, but it left individuals mostly passive, asleep in their civic lives, content to allow the state to act for them in between isolated and infrequent moments of voting. Equality frees individuals from the domination of families, estates, social orders, and churches, but it thereby risks producing a sea of individuals without strong ties to one another, held together only by a distant national government. Tocqueville thought the United States had avoided this result by giving “political life to each portion of the territory in order to multiply infinitely the occasions for citizens to act together and make them feel every day that they depend on one another.” Tocqueville’s great hope in the first volume of Democracy in America was to put forward an argument that would show that “the free association of individuals could replace the individual power of nobles.” But what if the passion for equality swept away not only the nobles but also the practice of association that was meant to replace them?

It might be tempting to dismiss Tocqueville’s relevance today because we seem to observe precisely the opposite of what he did: Whereas he began with the constantly growing equality of material conditions, we have witnessed decades of growing inequality. But Tocqueville has a challenging view to offer on this point, too. In the second part of the second volume of Democracy in America, he offered a sustained analysis of how the democratic passion for equality (the subject of its first chapter) might well produce a tendency toward material inequalities and oligarchies, what he called “industrial aristocracy” (the subject of its last chapter).

Tocqueville argued that the passion for equality could weaken social ties, promote materialism, and fuel the inequities of capitalism. He explained that egalitarian sentiments lead us to ignore our links to our ancestors, since our lineage should not determine our fate, and also to sever ties to social superiors and inferiors. With these vertical chains broken, every individual family is more on its own. Each feels a new freedom and a new possibility of rising, but also a new vulnerability and insecurity. These hopes and fears lead us to devote most of our attention to securing the material comfort of our immediate family and friends, and so we embrace materialism and withdraw into a political passivity that Tocqueville called “individualism.” 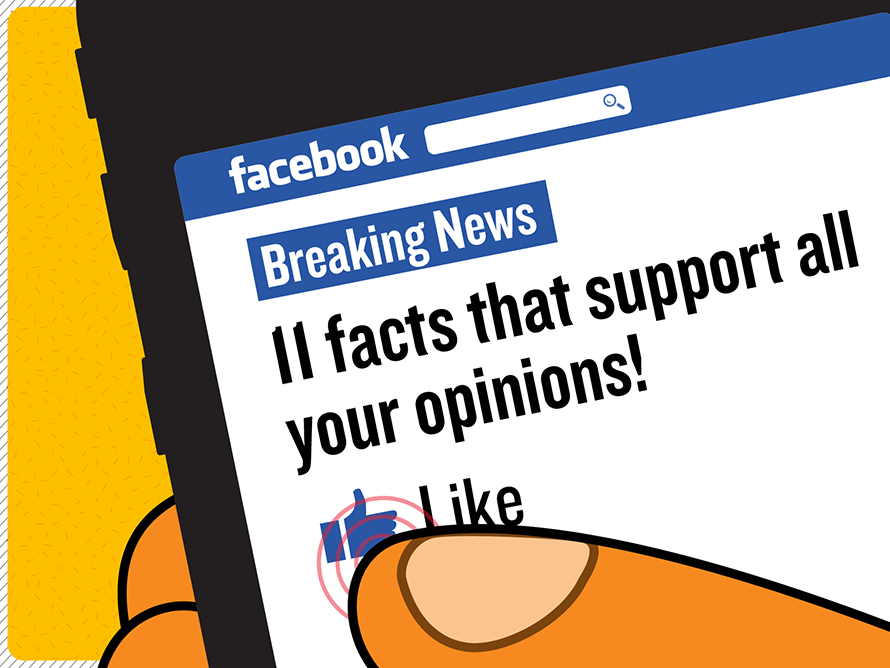 Tocqueville insisted that old regime aristocrats felt compelled by laws and customs to take some care of their servants, that they were bound, however distantly, to their peasants by the land they shared and their regular interactions. The new industrial oligarchs would find themselves free of even these weak bonds. Tocqueville was not arguing for a return to feudalism; he was trying to show just how bad the new oligarchs would be. Workers and masters would see one another only at the factory and otherwise have no point of contact and certainly no sense of responsibility. “The manufacturing aristocracy of our day,” remarked Tocqueville, “after having impoverished and brutalized the men whom it uses, leaves them to be nourished by public charity in times of crisis. This results naturally from what precedes. Between worker and master relations are frequent, but there is no genuine association.” Perhaps the state, by reducing material insecurity and regulating industry, could offer a partial escape from the logic of Tocqueville’s argument. But it would not fully counter the dynamic that concerned him unless it also somehow brought into existence the “genuine association” that he thought was necessary for true freedom. The more pessimistic second volume of Democracy in America presses us to worry, however, that a state powerful and centralized enough to effectively regulate the industrial economy would also, by virtue of its power and centralization, crowd out the local politics most conducive to the arts of association.

Can the love of equality and the mobile commercial world it creates be satisfactorily combined with the art of association and the art of freedom?

Can we escape this conundrum?  No sensible reader would suggest that a 19th-century aristocrat can answer this question for us. Instead, reading Tocqueville can keep us from forgetting the question, a question that neither major political party in America is now grappling with directly. Tocqueville felt politically homeless in his time, and his book may leave us feeling the same way in ours.