Our nation’s capital, always in search of the latest in political progressivism, has now joined the sky-is-dying crowd by having its city council officially declare Ottawa to be in a climate emergency.

This is in the nick of time, of course, but not because of the serious flooding currently ravaging the region, but because our country’s climate conscience Environment Minister Catherine McKenna keeps telling us that the planet has only 12 years left to sustain life.

There is no doubt the outlying burbs of Ottawa are again fending off rising flood waters because of a very snowy winter followed by a very rainy spring, but that is not the big-picture stuff, although Prime Minister Justin Trudeau said last week while filling sandbags for a photo-op that the current crisis is a direct result of climate change.

So, this wasn’t just a freak year. This was the new norm.

No, the real big-picture stuff is McKenna’s doomsday scenario that has her believing and preaching we’ll all be snuffed out by 2029 unless critical changes are made to ensure our planet’s orbit continues with us still aboard.

In Ontario, the successive Liberal governments of McGuinty and Wynne bragged about how they had at least saved their own province by shutting down all coal-fired power generation, tossing $2 billion down the toilet to cancel two gas-fired power plants, and spending multi-billions more on green-energy projects backed by influential friends who saw renewable energy as their licence to print money.

And they weren’t far wrong. Lots of former backroom types got rich, but it wasn’t the beleaguered taxpayer, because it was he who found himself having to choose between feeding his family or heating his home, and not how he was going to count all the money rolling in.

Or has everyone forgotten those stories? A lot of ink was spilled to report them, and a lot of fossil-fuel petrol was burned by television outlets dashing off to Smalltown, Ont., for first-hand coverage of outraged citizens living through trying times in homes without heat or light.

So, what good has green energy done for Ontario if cities like Ottawa, Kingston and Hamilton find it necessary to declare a climate emergency?

Renewable energy, despite costing billions of taxpayer dollars, is the source of less than 10% of Ontario’s electricity. Those vast fields of solar panels tilted towards the sun? Less than 2%.
Wind power, towering winged turbines that also drive countless nearby residents crazy with mysterious brain worms? Less than 8%.

A little over 90% of Ontario’s power sources — from nuclear plants to hydro dams — are environmentally friendly and without emissions.

Yet our nation’s capital has declared itself to be in the midst of a climate emergency, and spare us all if we sit idly by.

Ottawa Mayor Jim Watson was quick to point out that council’s climate emergency declaration is “no empty gesture,” although it came days prior to calling a real state of emergency over extreme flooding and getting assistance from 400 members of the armed forces to help cope with the crisis.

No, along with its specific climate emergency declaration, the city will prove it is “no empty gesture” by ponying up $250,000 out of its annual Hydro One dividend to do … what?

Why, to study the city moving to renewable energy, of course.

As if it had suddenly become a smart idea.

Denis Rancourt writes at his blog change.org There is no evidence for a “climate emergency”. Stop the nonsense. Excerpt in italics with my bolds

There is an epidemic of cities in North America declaring that the city is in a “climate emergency”. This, below, is my recent submission to Committee opposing such a motion for Canada’s capital, Ottawa. There is no evidence that supports such a declaration. We should discourage our politicians from engaging in nonsense. 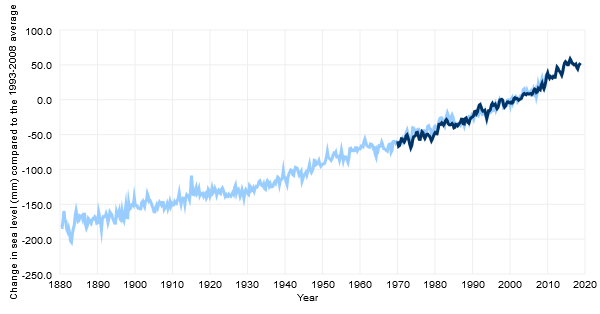 My signed submission document is also at: https://www.scribd.com/document/406277896/Dr-Denis-Rancourt-to-Committee-Enviro-Protection-City-of-Ottawa-2019-04-14

[The motion in Ottawa passed: 6 (for), 2 (against). Ottawa is therefore now in the throes of a “climate emergency”? The media refused to cover my scientific arguments and did not seek the views of the other side, whatsoever, despite several neighbours and Ottawa residents who agree with me.]

In conclusion, the Committee should take notice of the following facts when it considers this Motion:

(1) There is no conclusive scientific evidence that climate change (unnatural increased extreme-weather incidence) has occurred since the surge in use of fossil fuel that started in the 1950s. There is only tenuous theoretical conjecture that such might occur.

(2) Not a single death on Earth has been scientifically attributed to “climate change”, which includes Ottawa.

(3) Not a single animal or plant species has been scientifically established to have become extinct from climate change. There is no scientific demonstration of such a thing.

(4) Weather data for Ottawa does not show increased incidence of weather extremes, or any statistically meaningful deviations from the known natural variability (ENSO).

(6) There is no rational reason, based on empirical data, to believe that Ottawa is at risk of climate change or is susceptible to anomalous future extreme weather events.

The Motion, in my opinion, is what can be termed “goodness propaganda”, which appears intended to convince citizens of being looked after. In fact, this Motion is a waste of resources and political attention.

It is verging on the ridiculous to think that the reality that 87% of world energy from fossil fuels (oil, gas, coal) can be changed by policy statements or taxation.[4] The only significant alternative contributors, as now demonstrated by decades of publicly funded adventures, are nuclear and hydro, both requiring massive structural investments, and both having large environmental consequences.

The Canoe article talks about the renewables small contribution to electrical supply in Canada.  The proportion of Canadian total primary energy shows wind and solar are far from being the solution.

In the Canadian Energy Fact Book, energy supply is equivalent to energy consumed, since it is calculated after adjusting for energy imports and exports. Note that 17.7% is the amount of energy from renewables, and hydro is 11.6%. Let’s see how much of renewable energy comes from wind and solar:

Combining the two tables, we see that 80% of the Other Renewables is solid biomass (wood), which leaves at most 1% of Canadian total energy supply coming from wind and solar.