Joel Kotkin writes at New Geography on the forces that morphed major news media outlets from objective reporting to ideological mouthpieces, mostly aligned with progressive, social justice bias. His article is The Twilight of America’s Mega-Media. Excerpts in italics with my bolds.

It’s far too early to predict which party will win next year’s election, but not too early to announce the national media as a clear loser in terms of national influence and prestige.

Pew reports that millennials have become as negative about major media as older generations, with their rate of approval dropping from 40% in 2010 to 27% today. Gallup tracks a similar pattern, finding 70% losing trust in the media, including nearly half of Democrats.

As Trump backers never cease to point out, the Mueller report undermined the supposedly rock solid case for “collusion.” Whatever the truth, a solid majority of Americans believe the Russiagate brouhaha was politically motivated. Some progressives, like Rolling Stone’s contributing editor Matt Taibbi, believe Mueller represents “a death-blow for the reputation of the American news media.” 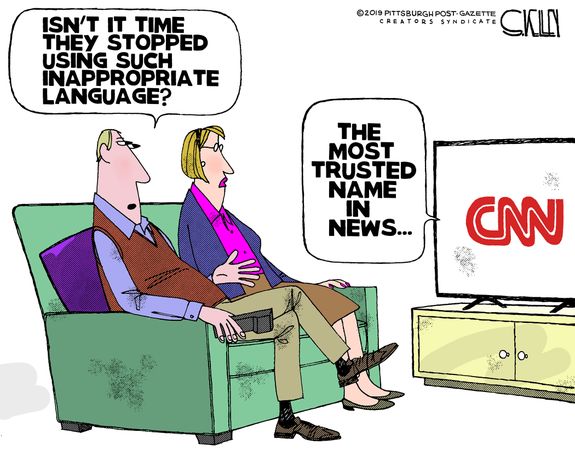 Ironically, Trump, the man the media wanted to bring down, was largely their creation. At a party in 2016, my wife and I were regaled by a CNN account executive crowing about the company’s strategy of using Trump rallies, at the exclusion of others, to boost ratings. Once having created President Frankenstein, CNN then tried to keep up the ratings by chronicling his disposal — this worked for MSNBC which, unlike CNN, never much pretended to be an objective network. Today, CNN’s audience share has fallen below not only leader Fox, but MSNBC, Home and Garden, Discovery and Food networks. 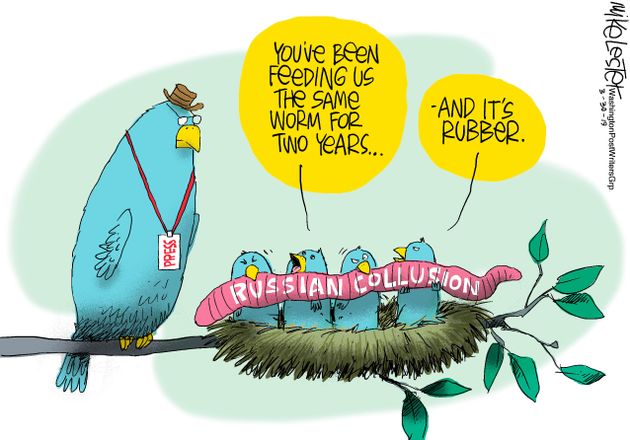 By some estimates some 92 percent of all major network coverage of Trump outside Fox has been negative. This reflects a decay in journalistic standards. When I was a cub reporter at the Washington Post, I once tried to inject my opinion into an article. My editor came back with a remark that “no one gives a [expletive] about what you think.” Today the notion that news reporters should first and foremost inform, letting readers come to their own conclusions, seems almost quaint. 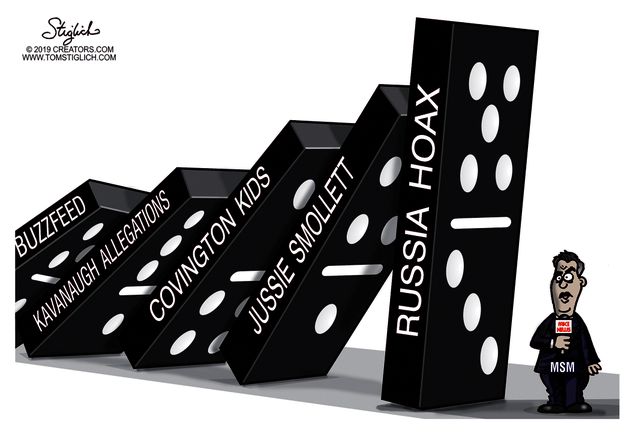 Today, many reporters ride fact-free, neglecting alternative views on such key issues as climate change, where even mild skepticism is ignored, or even the Trump tax cuts. This increasingly ideological cast has been worsened by journalism schools’ shift toward social justice advocacy; even well-placed writers at The New York Times complain about the stridency of younger journalists shaping coverage to fit their accepted ideological narratives.

The impact of the internet

Once there were bold notions of the internet helping to create an ever-expanding realm of options in the arts and journalism. Instead, as a Harvard study has demonstrated, we have increased geographic concentration of media in deep blue New York, Washington and, to some extent, the Bay Area, while local independent media continues to shrink.

The media’s tendency toward concentration — and ideological uniformity — reflects the dynamics of the tech industry. Google, for example, now controls nearly 90% of search advertising, Facebook almost 80% of mobile social traffic and Amazon about 75% of US e-book sales. 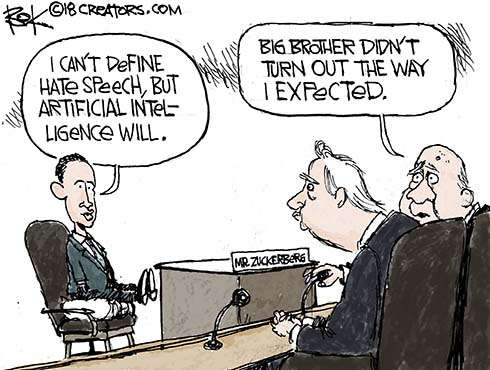 The traditional media now see much of their online sales largely enriching the world’s richest companies, and potential competitors. Pew reports that newsroom employment has dropped by 23% over the past decade. This does not even include the purging of experienced journalists frequently replaced by younger, less expensive and often ideologically driven younger reporters.

How the oligarchs are further undermining the media

Nearly two-thirds of readers now get at least some of their news through Facebook and Google. This dominance is even greater in both the United States and the United Kingdom among millennials who, by some accounts, are almost three times as likely to get their information from these platforms than print, television or radio.

The shift of control to Silicon Valley, located in one of the country’s most left-leaning regions, accentuates the progressive stranglehold on the media. Facebook’s attempts to “curate” content often eliminates conservative views, according to former employees. Over 70% of Americans, notes another recent Pew study, believe social media platforms “censor political views.”

Increasingly, the remnants of the old publishing industry are being bought by the oligarchs — Jeff Bezos’ purchase of the Post in 2013, the 2017 buying of the Atlantic by Laurene Powell Jobs, and last year’s purchase of Time by Marc Benioff, founder of San Francisco-based Salesforce.com. With billions made elsewhere, these media outlets no longer must listen to their diverse readers; Bezos did not buy the Post to defend democracy, as his henchmen insist, but to shape the debate in the nation’s capital. 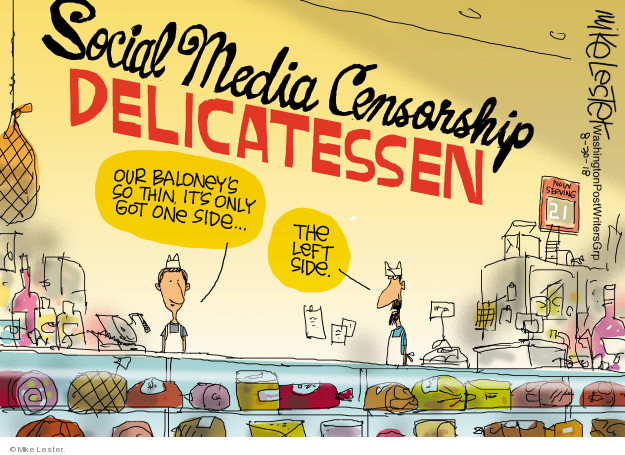 Progressives may savor the media’s leftward tilt, but ultimately oligarchic control poses a direct threat to the grassroots left as well. Bezos’ tool, the Post, widely ridiculed Bernie Sanders in 2016 and will likely do so again. After all, the well-financed and well-liked Sanders, and other similar populists, may, if elected, relieve them of a few billion to fund his proposed “revolution.”

Hopefully, this pervasive group think will spur new alternative media committed to the credo that journalism best serves the public interest by offering unbiased reporting and heterodox opinion, not an ideologically driven algorithm.

This piece originally appeared on The Orange County Register. 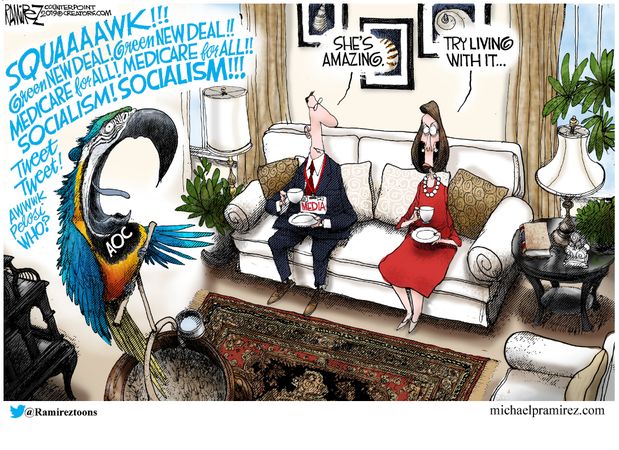