Global Warming is Not to Blame for the Horrific Bush fires in Australia by Jon Gaunt, writing from England on the distorted media coverage, published at Sputnik

There I have said the unsayable but don’t hold your breath, you will not hear that on the MSM biased broadcasters like Sky or BBC.

Of course, this is only my opinion but it is an opinion held by millions and deserves to be heard surely?

I hoped after the media bias over the Brexit debate and the General election that the MSM broadcasters would stop emoting and get back to reporting but alas my optimism was misplaced.

It appears to me that because the BBC and Sky News lost the Remainer narrative and the trash Boris agenda and the British public that they have now switched their attention and propaganda machine to promote climate change danger and the agenda of Greta. 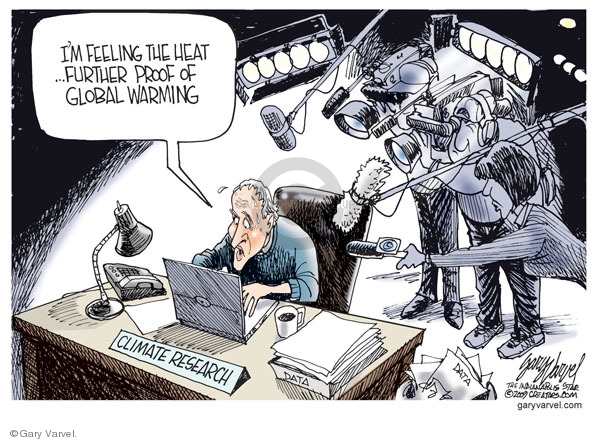 The BBC seem determined and desperate to blame the horrific fires in Australia on their global warming agenda and seem very reluctant to mention that over a hundred people have already been arrested for setting fires.

Arson has always been a feature of these annual bush fires and of course the fires themselves are not a new phenomenon either.

I’m not denying that the extremely hot temperatures and dry weather haven’t contributed to the scale of the disaster but isn’t it a reporter’s job to give all sides of a story?

Like many people I don’t doubt that Global warming is happening but I am not convinced that is man-made and that opinion should be reflected in reports.

This is not a game, people have died and many are missing and hundreds of people have or are going to lose their homes.

This is not a time for sixth form, pig tailed, Greta style politicising and propaganda tricks to push the green agenda.

Which of course always ends at the same destination. With working class people losing their manufacturing jobs and being taxed to the hilt when they start ‘Burger flipping’. Meanwhile preaching pop stars and Royals still fly around the globe in private jets whilst paying to offset their carbon ‘Birkenstock’ footprint.

It is, if you pardon the image, all smoke and mirrors and broadcasters should be ashamed of themselves particularly the State one that we pay for via a compulsory poll tax. 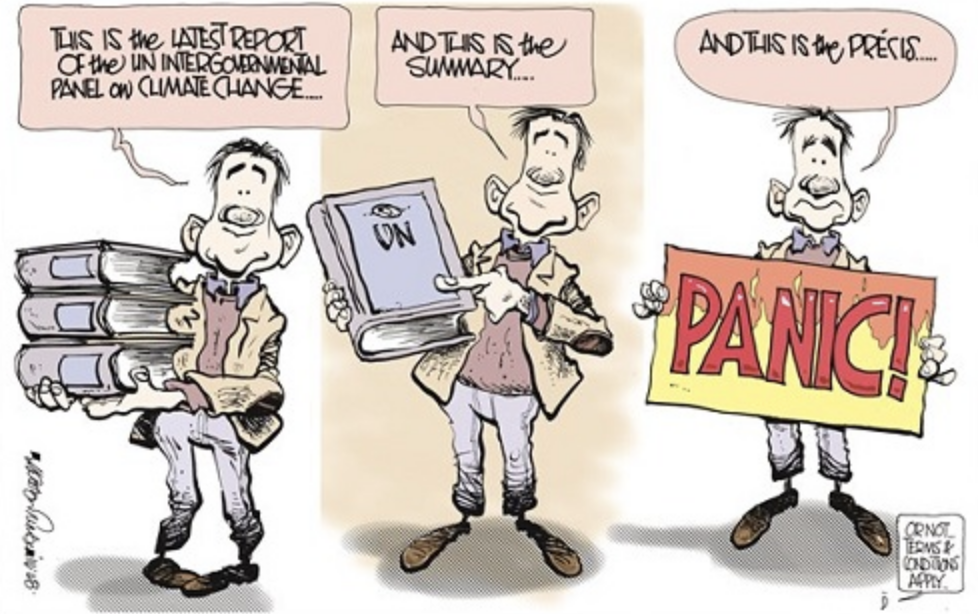 Last night the BBC reported/emoted on the fires and then followed it with a report about the last decade being the second hottest on record. The implication was clear and was almost the media manipulation of a five-year-old.

Do they really think that we are that thick? Unfortunately, I believe that they do. It would appear that to use a football chant, ‘two referendums and one election’ has taught them absolutely nothing.

Aussie PM, Scott Morrison, on a visit to Cobargo a town that has almost been destroyed by the fires, got a real hard time from angry and distraught residents yesterday and rightly so.

He was a complete idiot to go to Hawaii whilst his country burned. However, the visit and the refusal by one firefighter to shake his hand was interpreted by the biased broadcasters as if these people were green activists rather than people who had lost their homes and were bloody angry with the establishment class for ignoring them.

These people telling him he was a “Fu*kwit and to pi** off didn’t strike me as green activists or members of Extinction rebellion, no these were normal people who felt let down and forgotten by the political class. Is that attitude ringing any bells with you?

Have you seen the video of the Australian who has a completely different narrative of what has caused these fires? Although his language is extremely fruity, to say the least, his point is that it is actually green activists that have led to the scale of these fires because they have forced farmers to stop burning their scrubland in the winter months which used to create natural fire breaks. This is a tradition that goes back centuries and was actually practiced by the original indigenous Australian Aboriginal population. This possible cause is echoed all over social media today in many tweets from the affected area today.

But that didn’t stop Caroline Lucas the Green Party’s only MP in the UK from entering the fray with a tweet with a link to an article in (you guessed it) the Guardian saying, ‘This is what Climate Emergency looks like – completely terrifying. Honestly, what further devastation needs to happen before world leaders finally put in place urgent climate action at the scale and speed the science demands?’

However, she has had her fingers burnt with angry exchanges on Twitter from people who actually live in New South Wales.

One British ex-pat, Terry Stone, angrily answered her tweet with the following, ‘You have no clue what is happening here. Green lobby stupid restrictions on controlled burns & removal of dead wood is primary reason these fires cannot be controlled. Listen to multiple generations of land owners and keep your mouth shut, you might learn something.’

Another tweeted, ‘I’m a rural Victoria resident. In addition to less burning off than used to happen, we’re restricted collecting dead wood in forests for our wood burners at home (principal heating) in case we inadvertently squish rare lizard or such. And then millions of animals die instead. Ugh’

Have you heard these views on Sky or the BBC? No of course not because Sky are too busy rabidly pushing the ‘woke’ agenda and today they had the leading climate change purveyor of doom and gloom, George Monbiot from (yes, you’ve guessed it) the Guardian on their programme.

Monbiot condemned, and was unchallenged, the Aussie Pm and stated that the Bush fires were a prime example of climate breakdown and that we need political leaders who are going to leave fossil fuels in the ground. Again, this ludicrous statement went unchallenged. In fact, the person Sky chose to conduct this debate and I use the term really loosely was some sort of PR guy who was on to suggest how Morrison could rebuild his reputation after the disaster. Putting aside the fact that Morrison has just won another election why was a PR man on. Why not use someone like James Delingpole or any other climate change sceptic to challenge Monbiot’s views? Well we all know the answer to that one, don’t we!

Sky News backed up Monbiot’s simplistic ludicrous blame game by reminding viewers and their internet readers that “Rewind a few years and he (Morrison) was brandishing a lump of coal in parliament, taunting those he described as having a “pathological fear of coal” and lauding the fossil fuel he said was powering Australia’s economy and underpinning jobs.” Is this what Sky call impartial and balanced reporting?

But unfortunately for George, Sly News and the climate change fanatics Morrison was correct as Australia is the biggest net exporter of coal and is the world’s fourth-largest producer. Over 175,000 people are either directly or indirectly employed in the industry. In the real world a leader has to balance these real factors before looking to be loved by the MSM broadcasters and avoid the death stare of Greta!

The BBC and Sky’s simplistic and biased telling of this story is almost turning them into the Greta Broadcasting Corporation where they tell us the problem but only half of the solution.

So, called man made global warming is not the primary villain in this story.

The people who are responsible for: the 17 deaths so far, the hundreds of houses destroyed and lives ruined, the burning alive of half a billion animals and the torching of over 5 Billion hectares of land and forest and thousands of Aussies being evacuated from beaches are not those who dig coal but those who despise those who dig coal or work the land.

See Also Arctic On Fire! Not.

Footnote: So how do you want your bush fires, some small ones now or mega fires later?