Poison Pill is a defensive mechanism technique prevalent in the corporate world to thwart a hostile takeover. It is a strategy used by the Target Company to avoid the hostile takeovers completely or at least slow down the acquiring process.(Source: financemanagement.com)

Rupert Darwall explains the traps and pitfalls in the way of the Biden agenda in his Epoch Times article Fettering Biden’s Administrative State.  Excerpts in italics with my bolds.

The administrative state will get a new lease on life under President Joe Biden, but America’s administrative state is far more constrained than that of many other countries. Britain, for example, wrote its net-zero climate target into law after only a 90-minute debate in the House of Commons, without any examination of what the cost might be. Arguably the European Union is an administrative state, where the unelected European Commission proposes legislation, enforces it, and even levies billion-euro fines on companies without so much as a court hearing. 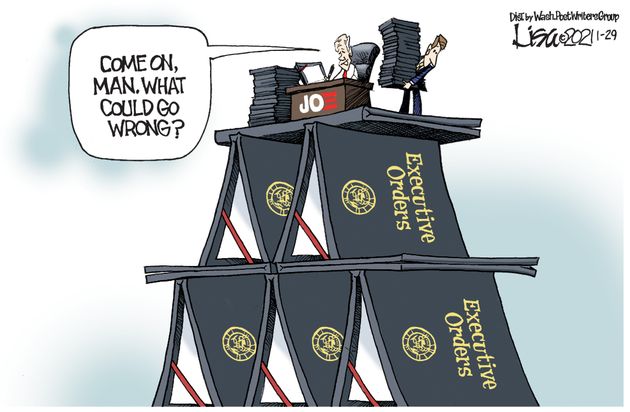 By contrast, executive-agency rulemaking in the United States is more circumscribed. Agencies must show cause, respect precedent, and demonstrate that their rulemaking is properly grounded in the relevant statute and in a factual record sufficiently compelling to refute any suggestion that their action was “arbitrary or capricious.” They should expect controversial rules to be able to withstand challenges in the courts.

In 2016, the Supreme Court stayed the Environmental Protection Agency’s Clean Power Plan promulgated by the Obama administration to decarbonize the electrical grid. On the last full day of the Trump administration, the U.S. Court of Appeals for the District of Columbia vacated the Obama plan’s successor, the Affordable Clean Energy plan, in a 2-1 opinion. The majority ruled that the EPA’s interpretation of the Clean Air Act had been too narrow; the dissenting judge—a Trump appointee—opined that both plans relied erroneously on the wrong provision of the Act to regulate greenhouse-gas emissions. These rulings illustrate just how difficult the EPA will find crafting a new rule to fulfill Biden’s promise to decarbonize the grid by 2035.[See post: Latest Court Ruling re EPA and CO2] 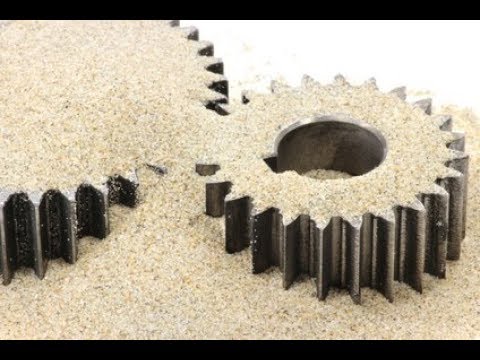 The new administration is constrained not only by the courts but also by the late-term rulemaking of its predecessor. It could use the 1996 Congressional Review Act to nullify recently finalized federal regulations with a simple majority vote in each house of Congress. But Republicans can inflict a political price. Last October, the Department of Labor finalized a financial factors rule. It requires managers of corporate pension plans to justify incorporation of environmental, social, and corporate governance (ESG) factors solely on the grounds of boosting risk-adjusted investment returns by reference to generally accepted investment theories.

Wall Street hated it when the rule was first proposed, but all it does is operationalize the requirement of the Employee Retirement Income Security Act (ERISA) of 1974 that plan managers perform their duties for the exclusive purpose of providing benefits to plan beneficiaries and defraying reasonable plan expenses. In reality, opponents of the rule oppose the exclusivity hardwired into ERISA that pension savings be invested with “eye single” to the interests of plan beneficiaries. A vote to nullify the rule would be a vote in favor of socializing retirees’ savings and deploy them for wider societal ends. For Republicans, it would be a debate worth having.

Similarly, congressional Republicans can gain politically by taking a stand opposing nullification of the EPA’s Jan. 3, 2021 transparency-in-science rule. This rule broadens and strengthens the agency’s 2018 transparency rule and aims to ensure that regulatory decisions are taken on the basis of robust, verifiable scientific studies. Polling shows that voters are more motivated to support environmental regulations when presented as protecting public health. This creates a market for studies linking pollution to public-health harms, however flimsy they might be. Environmental regulations mandating national standards on ozone and PM2.5 targeting fossil-fuel combustion are often based on epidemiological studies drawing on undisclosed data that can’t be re-analyzed to check for errors and sensitivity to assumptions.

A justification often made for this anti-scientific practice is safeguarding patient anonymity in such studies, lsomething for which the new rule provides. Covering up is never a good look, however, and the spectacle of the self-proclaimed party of science arguing for secret science and against transparency would demonstrate how deeply politicized the science used to justify environmental regulation has become. 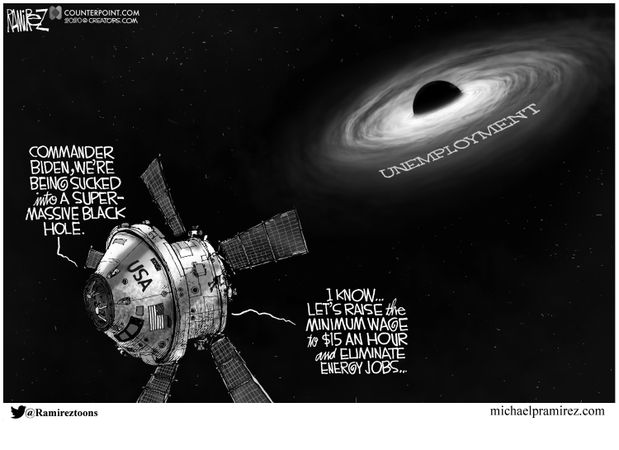 The Trump administration left the best till last. With just one week to go, on Jan. 13, the Federal Register published an EPA regulation that quickly became known as the banana peel rule. Section 111(b) of the Clean Air Act states that the EPA Administrator shall include a category of sources that “causes, or contributes significantly” to pollution anticipated to endanger public health or welfare. The new rule defines the level deemed “significant.” At the rule’s chosen level of 3 percent of U.S. stationary-source greenhouse-gas emissions, the only category deemed significant is electrical power generation—a category that accounts for 43 percent of such emissions.

Should the Biden administration ditch the 3 percent threshold and use the Clean Air Act to enmesh more sectors in greenhouse-gas targets, it will be compelled to develop an objective rationale for doing so. This is far from straightforward, hence the “banana peel” epithet. As the Trump rule notes, greenhouse gases “do not have the local, near-term ramifications found with other pollutants;” their impact is based on “cumulative global loading.” Directly or by inference, significance must therefore be linked to global emissions (U.S. power station emissions account for 3.6 percent of global emissions) and how effectively they are regulated at a global level. It would be irrational to regulate domestic emissions if there were little prospect of global emissions falling, too.

As the Obama administration realized after the collapse of the Copenhagen climate conference in 2009, when China—along with India, South Africa, and Brazil—vetoed a global climate treaty, Beijing holds the key to a credible global greenhouse-gas regime. The 2014 U.S.-China climate accord negotiated by Presidents Obama and Xi paved the way for the Paris Agreement on climate the following year. Xi’s statement at the U.N. last September that China would aim for “carbon neutrality” before 2060 is widely seen as a climate gamechanger.

Writing in a January 2021 Foreign Policy essay, Ted Nordhaus and Seaver Wang argue that China’s climate diplomacy is part of a bigger geopolitical play—Beijing’s desire to “counterbalance rising Western concerns about China’s belligerent posture in the South China Sea, its saber-rattling toward Taiwan, its human-rights crackdown in Hong Kong, its genocidal assault on the Uyghur minority in northwestern China, and much more.” It would be naïve not to recognize the geostrategic and political trade-offs in elevating China as climate savior. In a break with the routine formulation of climate change as existential threat trumping all else, Nordhaus and Wang warn that “a world that succeeds in addressing climate change will not necessarily be a more equitable, inclusive, or humane one.”

On his last full day as Secretary of State, Mike Pompeo declared China’s persecution of the Uyghurs a crime against humanity. His successor agrees. During his confirmation hearing, Tony Blinken said that he supported Pompeo’s genocide finding, and that China poses “the most significant challenge” of any nation-state to the United States. China is playing for higher stakes than the climate. This reality confronts the new administration with its greatest dilemma: “saving the planet” requires appeasing Beijing. How the dilemma is resolved could well come to define Joe Biden’s presidency.