The Big Issue reports Why a tiny town in Lapland is bidding to host the summer Olympics.  Excerpts in italics with my bolds.

The residents of the Finnish town Salla are making the most of climate change, saying they’d be the perfect host of the 2032 Olympics: “Warm heart, we have it. Warm place, coming soon.”

“Welcome to Salla, the coldest place in Finland,” says local mayor Erkki Parkkinen in a tongue-in-cheek video declaring its candidacy, as residents explain how by 2032 Salla would be the ideal host.

“In 12 years, ice will be gone and this will be a perfect lake,” says a man taking a dip in freezing water while eating an ice cream. “No more slippery ice, thanks global warming!” adds a skateboarder.

Salla may only have a population of around 3,000 people – who are greatly outnumbered by the reindeer in the area – but it has plenty of sporting facilities.

A map of the town has been created showing where activities happen. Today there is skating and curling on the frozen lake. By 2032, those will become the swimming and beach volleyball arenas.

Like all other Olympic Games, branding is of prime importance. Salla’s logo has the yellow Olympic ring melting snow on a mountain. There’s also a mascot – Kesa the heat-exhausted reindeer.

Footnote:  Greta’s Fridays for the Future appears at the end of the video clip.  So she should go all in for Salla 2032 since she is certain the planet has a fever with a 12-year deadline.

Actually, the notion of Salla 2032 is not that far-fetched, since July average temperatures are 15 degrees Celsius, along with long days of sunshine.  Montreal hosted the 1976 summer games, and we have ice hotels in the winter and nearly as much snow as Moscow.  The comedy is about the remoteness and facilities, not about the weather.  But there is hope for Salla: in Canada our average temperatures have risen by 1.7 C over the last 70 years, and it has been a great boon for our health and prosperity, not to mention record-setting crops from more CO2 in the air.  Why not for Finland as well? 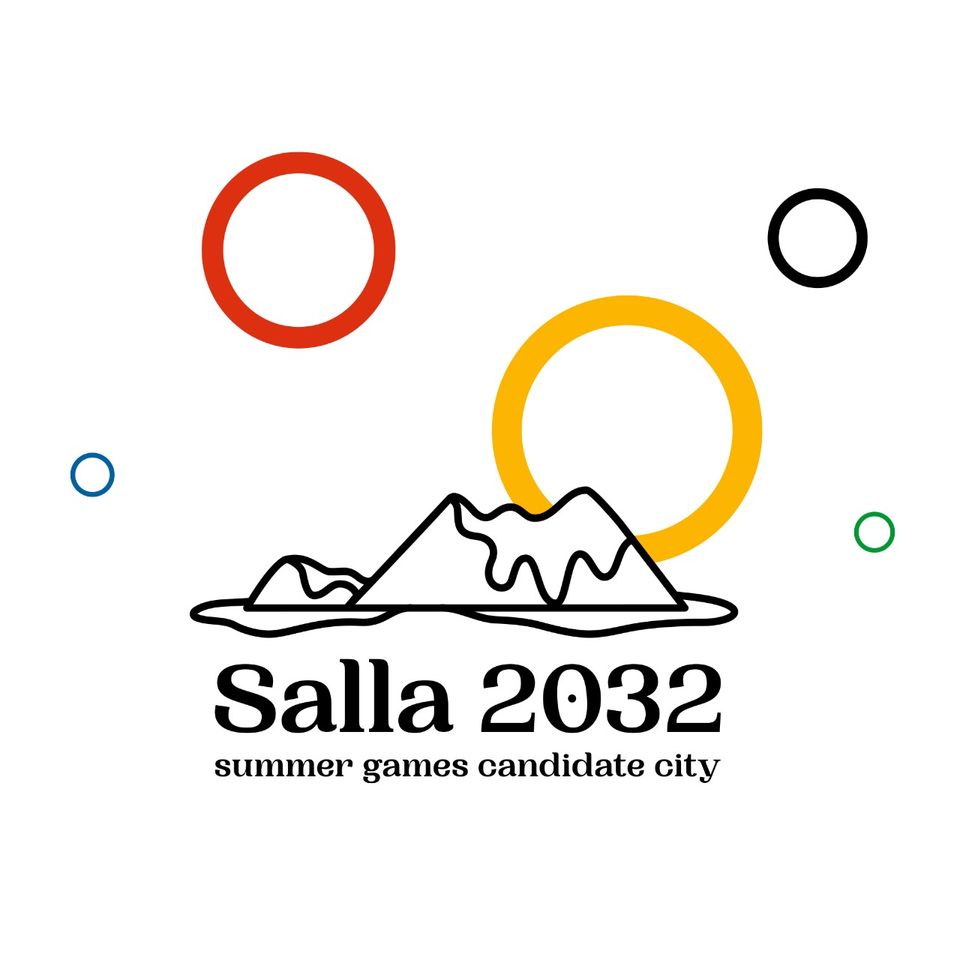