Charles Lipson offers rich insights into the current controversy over proposed federal vaccine mandates.  Kudos for providing historical context and perspective in this confusing time.  His article at Real Politics is The Deep Politics of Vaccine Mandates.  Excerpts in italics with my bolds.

The debate over President Biden’s vaccine mandates has focused, understandably, on the tradeoff between individual rights to make medical choices and the potential harm the unvaccinated pose to others. That tradeoff is unavoidable. It is simply wrong for Biden to say, “It’s not about freedom.” It is. It is equally wrong for some Republican governors to say it is all about freedom. It’s also about the external effects of each person’s choice. To pretend that tradeoff doesn’t exist is demagoguery. But then, so is most American politics these days.

What’s missing or underappreciated in this debate?

The most important thing is that the Biden administration’s “mandate approach” is standard-issue progressivism. The pushback is equally standard. The mandates exemplify a dispute that has been at the heart of American politics for over a century, ever since Woodrow Wilson formulated it as a professor and then president. That agenda emphasizes deference to

Implemented over several decades, this progressive agenda has gradually become a fait accompli, without ever formally amending the Constitution. The bureaucracies began their massive growth after World War II and especially after Lyndon Johnson’s Great Society initiatives of the mid-1960s (continued, with equal vigor, by Richard Nixon).

The judicial shackles were broken earlier, when Franklin Roosevelt threatened to pack the Supreme Court in 1937. Although FDR never followed through, his threat did the trick. The justices yielded to his pressure and began rubber-stamping New Deal programs that, until then, they had rejected as unconstitutional. Gradually, the older judges retired and Roosevelt picked friendly replacements. These judicial issues have reemerged now that progressives no longer dominate the Supreme Court. They are again threatening to pack the court and demanding that today’s justices stick with precedents set by their progressive predecessors (“stare decisis”). 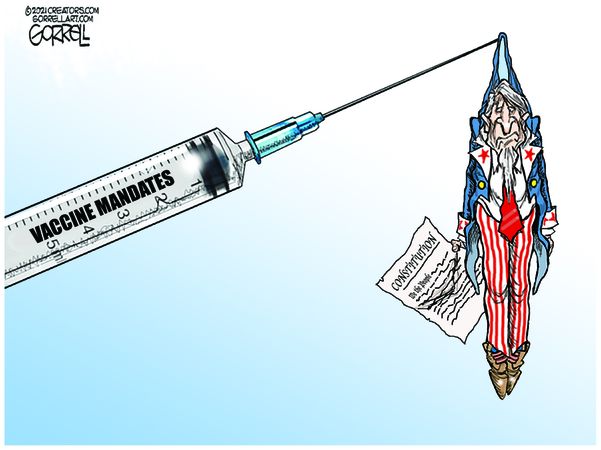 The pushback against vaccine mandates is partly a debate about these progressive issues concerning the president’s authority and constitutional strictures. Mandate opponents say the federal government lacks the constitutional authority to impose these requirements, at least beyond its own workforce. They add that, if the president does wish to impose new rules, he and his executive agencies must go through the normal regulatory process. That process is slow — indeed, too slow to cope with an emergency.

Biden himself seemed to recognize these constitutional limitations before deciding to ignore them — the second time he’s done so in his brief presidency.

That’s a very troubling development, even if the courts overrule his decisions. The first time was his fiat decision to extend the moratorium on rent payments, which had been imposed during the worst days of the pandemic. Biden explicitly stated his unconstitutional rationale: It would take the courts time to rule against him and, until then, he could implement the policy. Of course, he also had a political rationale: to placate his party’s far left, which had mobilized over this issue.

Biden’s extension on the rent moratorium had a second, troubling dimension. It was promulgated by the Centers for Disease Control as a “public health issue.” That was a transparently false rationale in summer 2021 and dealt with housing issues far beyond the CDC’s expertise. The unintended consequence of the moratorium extension, beyond bankrupting small landlords, is to undermine the basic rationale for all progressive rulemaking: that the rules are being made by experts who know much more about their specialized area than do ordinary citizens or their elected representatives. What, pray tell, do experts on infectious disease know about the complexities of the U.S. housing market? Zero. Progressive politics depends on public acceptance that experts really know what’s best and that their decisions will produce good outcomes. But trust in experts has collapsed alongside trust in all American institutions over the past half-century. The turning point was the disastrous war in Vietnam, advocated by LBJ’s Harvard advisers and the Whiz Kids in Robert McNamara’s Pentagon. Their failure was captured in the title of David Halberstam’s 1973 bestseller, “The Best and the Brightest.” The calamitous Afghan withdrawal underscored Halberstam’s sarcastic point.

So did the failure of so many Great Society programs, begun with such hope and fanfare.

The most painful experience was “urban renewal,” especially the massive program of building high-rise towers for welfare recipients. Before those towers were torn down, they had destroyed two or three generations of families. Part of the tragedy was that, like so many federal programs, the towers were built everywhere at once. If they had been tried out in a few cities, the problems would have been obvious, the failures remedied or the program abandoned. But Washington almost never does that. Congress funds and the bureaucracies implement mammoth, nationwide programs with no opportunity for feedback or mid-course corrections.

As public mistrust of institutions grew, a few institutions initially escaped the scorn. The military, for instance, was highly regarded until recently. It will take a heavy blow from the Afghan failure and the new, high-priority program of ideological training for troops. Government health officials were also highly regarded, at least until the botched rollout of Obamacare and the scandals at Veterans’ Affairs hospitals. Still, the public trusted the CDC and Dr. Anthony Fauci at the beginning of the pandemic. They trust them far less today, thanks to false and misleading statements, secrecy about funding the Wuhan virology lab, the absence of clear guidance on many issues, and blunt regulations that ignore important variations, such as natural immunity.

The effect of this growing mistrust was painfully apparent in President Biden’s mandate announcement. He didn’t rely on persuasion or trust in federal experts. He hectored, demonized, shamed, politicized, and threatened. That has become his routine, along with his refusal to answer the public’s pressing questions.

Biden’s political problem is that he faces real resistance from voters if he can’t solve the COVID problem, both because it is so serious and because he ran on being able to handle it better than Trump. Since Biden’s speech last week spent a lot of time attacking Republican governors, it was also an exercise in preemptive blame-shifting, in case the mandates fail. 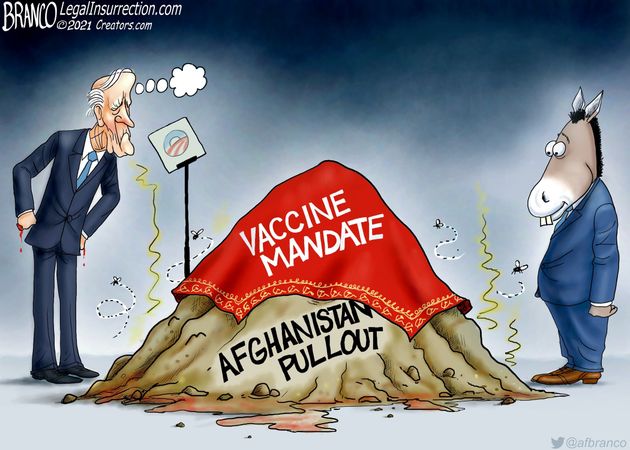 His approach makes political sense, but it has at least two problems beyond the constitutional questions. One is that it politicizes vaccinations, which could have unintended consequences. Among the most obvious, it shifts the issue away from doctors and public health professionals and into the contentious political arena. Another is that it raises questions about the administration’s hypocrisy. Why do all federal employees, including those with natural immunity, need to get vaccinations but not the illegal immigrants arriving from Central America? That’s clearly a political decision, not a medical one, and it undermines the legitimacy of Biden’s whole approach, which stresses public health and medical experts.

The president’s speech had another major feature: It relied on vitriolic “wedge politics.” But Biden was elected partly because he promised to end the vitriol and divisiveness of the Trump years. He hasn’t done that. The poster child for his tendentious governing strategy is the second, $3.5 trillion “human infrastructure” bill. Not only does it have no Republican support, it has met serious resistance from centrist Democrats.

On his signature spending bills, like his vaccine mandates, Biden is pursuing a unilateral, aggressively partisan approach.

There’s no question the delta variant poses serious health risks and that, in general, vaccinations help both the individuals who get the jab and everyone around them. But there are serious questions about whether sticks or carrots are the best way to increase vaccination rates; how to convince people to get the vaccine now that trust in public-health experts has eroded; whether politicizing the issue is self-defeating; and what authority Washington has to impose mandates beyond its own workforce. The questions about the federal government’s authority — its effectiveness, its constitutionality, and its potential overreach — are among the most important in American politics. They have been for a century, and they won’t be resolved anytime soon.

Charles Lipson is the Peter B. Ritzma Professor of Political Science Emeritus at the University of Chicago, where he founded the Program on International Politics, Economics, and Security. He can be reached at charles.lipson@gmail.com. 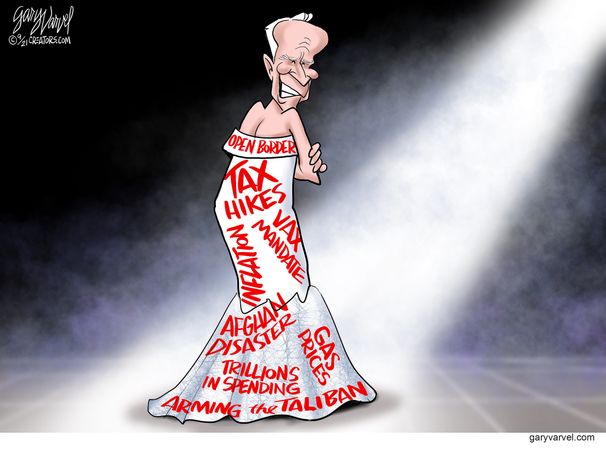