At John Cochrane’s blog readers can access studies showing how activists like Mark Carney are distorting and exploiting imaginary risks to the financial system from global warming/climate change.  Firstly Cochrane discusses a current Federal Reserve research document How Bad Are Weather Disasters for Banks?   Excerpts in italics with my bolds and images are from his blog article Fed Courage

How Bad Are Weather Disasters for Banks?

Not very. We find that weather disasters over the last quarter century had insignificant or small effects on U.S. banks’ performance. This stability seems endogenous rather than a mere reflection of federal aid. Disasters increase loan demand, which offsets losses and actually boosts profits at larger banks. Local banks tend to avoid mortgage lending where floods are more common than official flood maps would predict, suggesting that local knowledge may also mitigate disaster impacts.

In addition to the paper’s good analysis, there is a useful literature review,

Our main findings are generally consistent with the few papers that study the bank stability effects of disaster. Looking across countries, Klomp (2014) finds that disasters do not effect default risk of banks in developed countries. Brei et al. (2019) find that hurricanes (the most destructive weather disaster) do not significantly weaken Caribbean banks. Koetter et al. (2019) finds increased lending and profits at German banks exposed to flooding along the Elbe River. The study closest to ours by Noth and Schuewer (2018) finds default risk increases at U.S. banks following disasters but the effects are small and short-lived. Barth et al. (2019) find higher profits and interest spreads at U.S. banks after disasters but did not look at bank risk.

Based on four case studies of extreme disasters and small banks, FDIC (2005) concluded that …”historically, natural disasters did not appear to have a significant negative impact on bank performance.”

This is a courageous paper to write, and to write so clearly. The fantasy of “climate risks to the financial system” is passed around and around in order to justify using financial regulation to implement this Administration’s climate policies, centering on defunding fossil fuel development and subsidizing deployment of particular technologies such as electric cars and windmills. Documenting that this particular emperor has no clothes takes great courage.

As a small indicator of the forces at work, Treasury Secretary Janet Yellen offered an eloquent summary of a the “whole-of-government’ effort to integrate climate into financial regulation

“FSOC is recognizing that climate change is an emerging and increasing threat to U.S. financial stability. This report puts climate change squarely at the forefront of the agenda of its member agencies..”

News that climate change is not a threat to financial stability will not go down well.

Climate change is projected to have profound effects on the economy and the financial system, and it is already inflicting damage.

We can already see the growing costs associated with the increasing frequency and severity of climate-related events.

Climate change and the transition to a sustainable economy also pose risks to the stability of the broader financial system. …

And a hint of the vast institutional commitment to these ideas

To complement the work of the SCC, the Federal Reserve Board is establishing a Financial Stability Climate Committee (FSCC) to identify, assess, and address climate-related risks to financial stability.

“We looked and there is nothing here” is not going to go down well. It’s hard to publish papers and get jobs as climate and finance researchers these days if you come up with the “wrong” answers.

A commenter at the blog provided a link to another recent NZ study Climate Change and the risk to Financial Stability.  Reality or overreaction? Excerpts in italics with my bolds.

The Reserve Bank is not alone in suggesting that climate change could represent some kind of existential threat to the financial system. Over recent years a number of central banks, supervisors and international financial institutions have made claims that global warming poses a serious risk to financial stability. The Network for Greening the Financial System (NGFS), a club of central banks and supervisors, is pushing a more coordinated international approach. Further, the Ministry for the Environment (MfE) has identified financial stability as one of the two major economic risks in its recent Climate Change Risk Assessment report.

At first sight it is difficult to understand what is driving the Reserve Bank’s concern. The physical risks from climate change to the New Zealand economy are small, and over the period up to 2100 the benefits of a warmer climate may well exceed the costs. While there will be some impacts as the economy adapts to a zero carbon future, economies have always been changing and, with some exceptions, financial systems have been able to accommodate those changes. To cite an obvious example, the US substantially shifted from horse to motorized transport in the space of 20 years, without any one being in charge or worrying about systemic risk to the financial system.

As the physical effects of climate change are slow-moving and relatively predictable over relevant time horizons, we should expect the financial systems to adapt to this changing world, and readily accommodate the impacts of climate events such as a slowly rising sea levels and the occasional stronger storms.

The issue we address in this report is whether climate change is such an exception to this benign adaptation picture, that central banks and supervisors need to respond to the ‘challenge’ with some urgency. Or is this just a case of the Reserve Bank wanting to be seen to be ‘relevant’ and getting into the action in what is one of the biggest issues of our time?

The main purpose of this report is to assess the papers on the Bank’s list and other relevant documents on the impact of climate change on financial systems. We have also focused on climate change risk disclosures, which have become a flavour of the month in regulatory quarters, and are set to become mandatory for larger New Zealand institutions.

The focus of our analysis is on the banking sector, which is the core of the New Zealand financial system. We have paid less attention to risks to the insurance sector because it is generally accepted it can readily manage climate risks by adjusting its exposures and pricing.

Our conclusions are very clear. We have reviewed a large number of documents and despite the best efforts of many supervisors none have been able to come up with convincing evidence that climate change represents a threat, let alone a systemic threat. For example a very recent full scale stress test for France found that the transition costs to a zero carbon economy would at most be four or five basis points and that it did not matter whether the transition was early or late. The physical risks from climate change were so slight that they could not be analysed.

We did find a disturbing pattern of exaggerations and misrepresentations. For example the Bank of England instructed banks, when stress testing, to assume that all river flooding defences would be removed, in an effort to inflate the costs of future flooding events. The United Nations Environment Programme used climate change assumptions for 2100 to assess financial system impacts for 2025 and 2045.

Climate change does not represent some kind of existential threat to the New Zealand financial system.

The Governnor is over-reacting. This climate change ‘hysteria’ is mostly noise, but it might have some efficiency costs for the system, which could be avoided if a more measured approach is taken. The Reserve Bank’s role should be to correct and hose down ill-informed responses, not to create them.

Also Cochrane’s remarks at European Central Bank’s Conference on Monetary Policy. Synopsis at post Bankers Should Mind Their Own Business, not the Climate 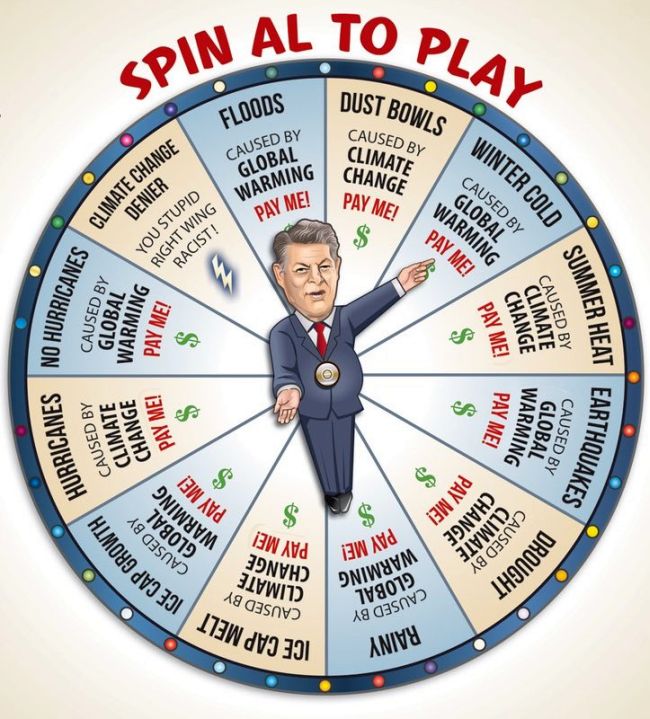